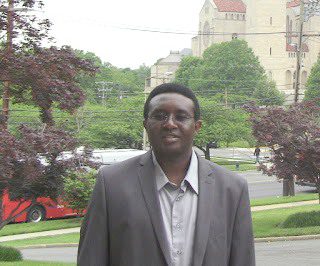 Fr. Terence Chota OMI, is the Director of the Justice, Peace and Integrity of Creation Office for the Missionary Oblates based in Lusaka, Zambia and worked as pastor at Chowa parish in Kabwe. He offers insights on the situation in Zambia ahead of the August 11, 2016 general elections and reflects on the newly issued pastoral statement from the Bishops of Zambia. He graduated from the Oblate School of Theology in San Antonio, Texas.

A Zambian language proverb says: “The chief does not summon a council of elders unless there is strife in the village.” In this regard, we can say that there would not have been a better time than this for the Zambia Conference Catholic Bishops (ZCCB) to gather and come up with the Pastoral letter entitled: A Call to Peaceful, Credible and Transparent Elections. Zambia goes to the poll on 11th August 2016.

Election times in most African countries can leave countries in upheaval and people raged with anger over perceived unfair election results. At the extreme in some countries elections have led to civil war. In the recent past, here in Zambia, there has been violent campaigning propagated by different political parties. This year we have seen some of the worst political violence.

Zambia has been well known to be a peaceful nation, which most nations around the globe admire and aspire to. Therefore, considering this situation, the Zambia Episcopal Conference came up with the pastoral letter to reignite the peaceful ambitions of all Zambians of good will.

Challenges of the Referendum

Zambians are also being asked to vote on a referendum, however there has been very little information or nothing substantial to educate people on the Bill of Rights. This simply means that Zambians will be voting for something they do not fully understand other than the presidential candidate. Government bodies need to make known the new and expanded draft Bill of Rights. Hence, something plausible must be done before the 11th August elections. Bishops are simply asking for more effort by the government and non-governmental actors, church included, to educate the citizens on the forthcoming elections and counsel them to vote wisely without coercing them to vote either yes or no. God has entrusted the Bishops, they being the custodians and Shepherds of the people,  to bring this issue to the people. What we could draw from this pastoral letter is that Zambians need to be well informed in order to make right decisions. And this is why the pastoral letter is a must – read for Catholics and all people of good will in Zambia.

Finally, I would like to end with three areas of concern, which the Bishops’ Pastoral highlights: a Peaceful Atmosphere, Impartial Media coverage and Professional Enforcement of Law and order by Police.

As noted already there are increasing incidents of politically motivated violence and continued tension between members of political parties. Bishops are extremely disappointed in the sense that political parties are not respecting what was agreed upon during the Indaba held on 29th March 2016 and facilitated by the three Church Mother Bodies (namely the Zambia Episcopal Conference (ZEC), the Council of Churches in Zambia (CCZ) and the Evangelical Fellowship of Zambia (EFZ). Bishops are therefore calling upon all the politicians to make every effort in ensuring an effective way of cadre management and to immediately tone down their confrontational rhetoric.

All in all, we want to see a media that is “professional by reporting truthfully, objectively and factually as they inform the public. We want to see a media landscape that is not polarized where the public media is pro-ruling party while the private media is pro-opposition parties. Whichever media platform one uses, should not fuel hate speech or insults in the name of the right to freely express oneself. (ZCCB Pastoral Statement 2016)

We want to see the Police Service do their duties of maintaining law and order professionally and effectively without undue pressure from partisan influence. Above all, the Zambia Police should be seen to be serving and protecting the Zambian people fairly and equally.