The journey towards the celebration of our 200 years of existence was indeed successful after a series of committee meetings to plan the event. The grace of the Lord indeed was upon us. The anniversary is not just a historical event that needs to be recalled, but rather the story of how God prepared Eugene De Mazenod and used him as an instrument to bring about the creation of the Missionary Oblates of Mary Immaculate whose number is now at almost 4,000 worldwide. 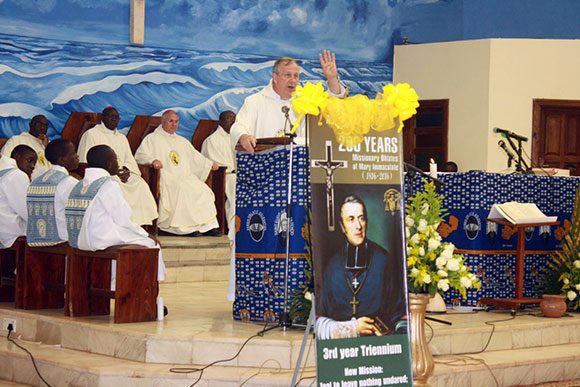 The anniversary Mass took place at Mary Immaculate Parish with Archbishop Julio Murat, Apostolic Nuncio to Zambia and Malawi, as the Presider. The homilist was the Oblate Superior General, Fr. Louis LOUGEN. He pointed out in his homily that the 200th anniversary celebration was an achievement of God’s grace. He said Oblates need to unite and support each other in order to continue their mission of serving the poor. “Together we will study God’s words and help each other to be holy. By being united, we will reach to the poor, such as the prisoners”. 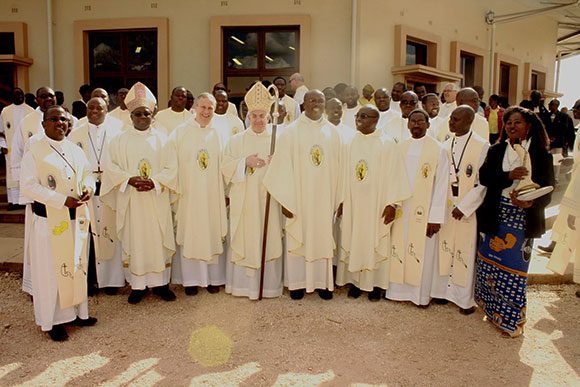 He said celebrating the 200th anniversary during the Jubilee Year of Mercy was a great thing, because St. Eugene De Mazenod met mercy at the cross of Jesus, had passion for Him, the Church, and the poor. “When he was going to the prisons, he celebrated mass, had compassion for prisoners, and gave them Holy Communion. Many people did not like it at the time, because they believed that God was a God of vengeance and that for one to receive Holy Communion, they needed to confess several times”.

As Oblates, we are thankful to God for the 200 years of existence; we have not come here to blow our own trumpet about how we have served in difficult missions and many other wonderful things we have done for the Church. We could say many things about that, but we want to thank God. Let’s continue today to praise God for his amazing grace and for Eugene de Mazenod, the Missionary of Mercy. (By Nella Mukalenge)