When Mother Teresa was canonized on September 4, she was given the ultimate title – Saint.  But to Fr. Edward Randall, O.M.I. she had a much simpler title – Friend. For 15 years Fr. Randall and Mother Teresa maintained one of the most unlikely of friendships.  She was an international icon bringing attention to the plight of the world’s poorest of the poor.  He was a simple parish priest in the small Appalachian town of Jenkins, Kentucky.  But their passion to help the less fortunate was very similar.

In 1980 Fr. Randall arrived at a rundown St. George Parish in Jenkins.  He had spent the previous 20 years working in poor missions in the South.  He literally built the parish, using his carpentry skills to build the church to serve residents of the small coal mining town.

Two years later Mother Teresa decided to establish her first rural ministry in America, and chose Jenkins to be the site of a shelter for abused women.  Father Randall built a convent for the four Missionaries of Charity Sisters and a friendship developed between him and Mother Teresa.

Whenever Mother Teresa visited the United States, she usually asked Fr. Randall to accompany her.  He gave blessings at several of her mission dedications.  Occasionally he would travel oversees to pray with and advise Mother Teresa.  He even conducted a special prayer at the grave of Mother Theresa’s mother in Albania.  In 1987 he conducted a three week retreat for Mother Teresa and her Sisters in Calcutta.

“I was real nervous during the first couple of days.  Here was Mother Teresa sitting and listening to me.  I felt like she should have been the one in front talking and I should have been sitting there being inspired by her,” Fr. Randall said.

For more than 25 years Fr. Randall worked with the Missionaries of Charity in Jenkins, providing the poor with clothing, food and shelter.  He celebrated a Mass every evening for the Sisters.  In 2008 he had to leave his beloved Jenkins due to poor health.  He passed away a year later at the Oblate infirmary in Tewksbury, Massachusetts. Today, Oblates around the world are partnering with the Missionaries of Charity to meet the physical and spiritual needs of the poor.

In Haiti, Fr. John Henault, O.M.I. is the chaplain for the Missionaries of Charity in the town of Dolan.  The Oblates gave a large portion of their property to the Sisters who built four dormitories to care for the sick.  Today the Sisters and Oblates work together to help about 400 people who have no other place to go for their medical needs.

In Tijuana, Mexico the Oblates and the Missionaries of Charity are involved in outreach programs to the poor.  During the summer they operate schools in several locations for the neediest kids that include Bible study, arts and crafts, sports and field trips.  The Oblates and Sisters have recently opened a new catechetical center.  For now it is just a roof to protect people from the elements, but they hope to build walls soon.

Other Oblate and Missionaries of Charity partnerships include: distributing food to the homeless in Ukraine, assisting garment workers in Bangladesh and a group of Oblate Lay Associates volunteer with the Sisters at their soup kitchen and women’s shelter in Miami. 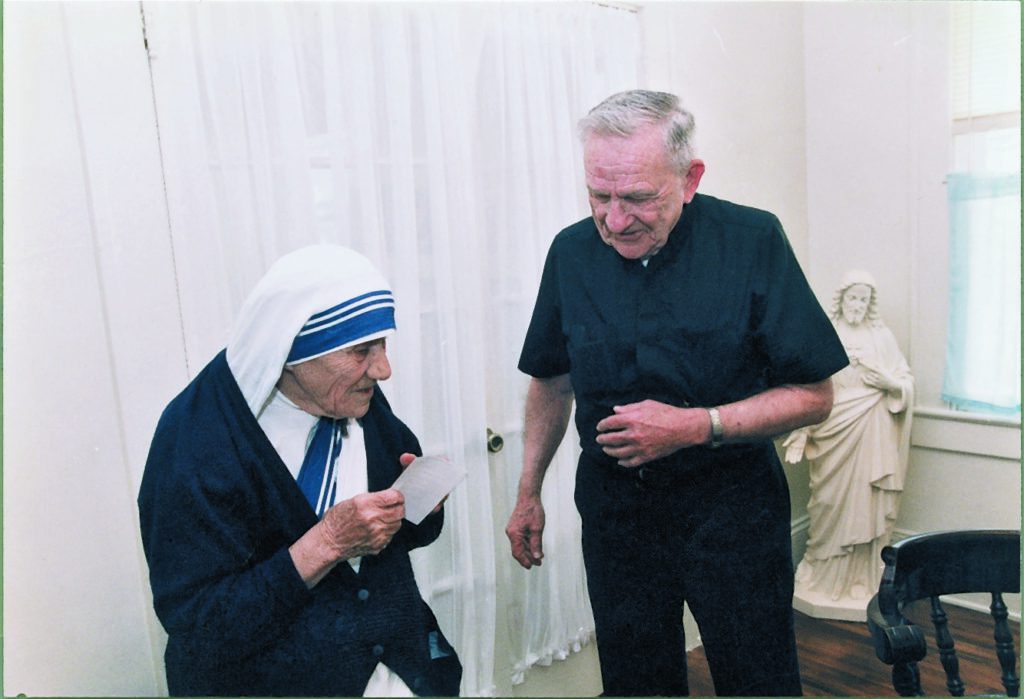