It was the scholastics in Sao Paulo, Brazil, who prepared the Morning Prayer for the fourth day of the 36th General Chapter.

And it was the turn of the Region of Europe to present its report to the Congregation. Five provincials took turns in identifying the reality and challenges within the calls of conversion from the 35th Chapter in 2010: Mission, Community and Formation.

Three of the five Oblate Brothers who had been invited by the Superior General gave a report on the vocation and reality of the Brothers in the Congregation today. Bro. Jean-Marie DIAKANOU (Cameroon) spoke on the history of Permanent Committee of Oblate Brothers. Bro. Jason ROSSIGNOL (United States) introduced some proposals to the Chapter from Brothers’ Committee. Bro. Ivar RUIZ (Bolivia) followed with some reflections on the vocation of the Brother. 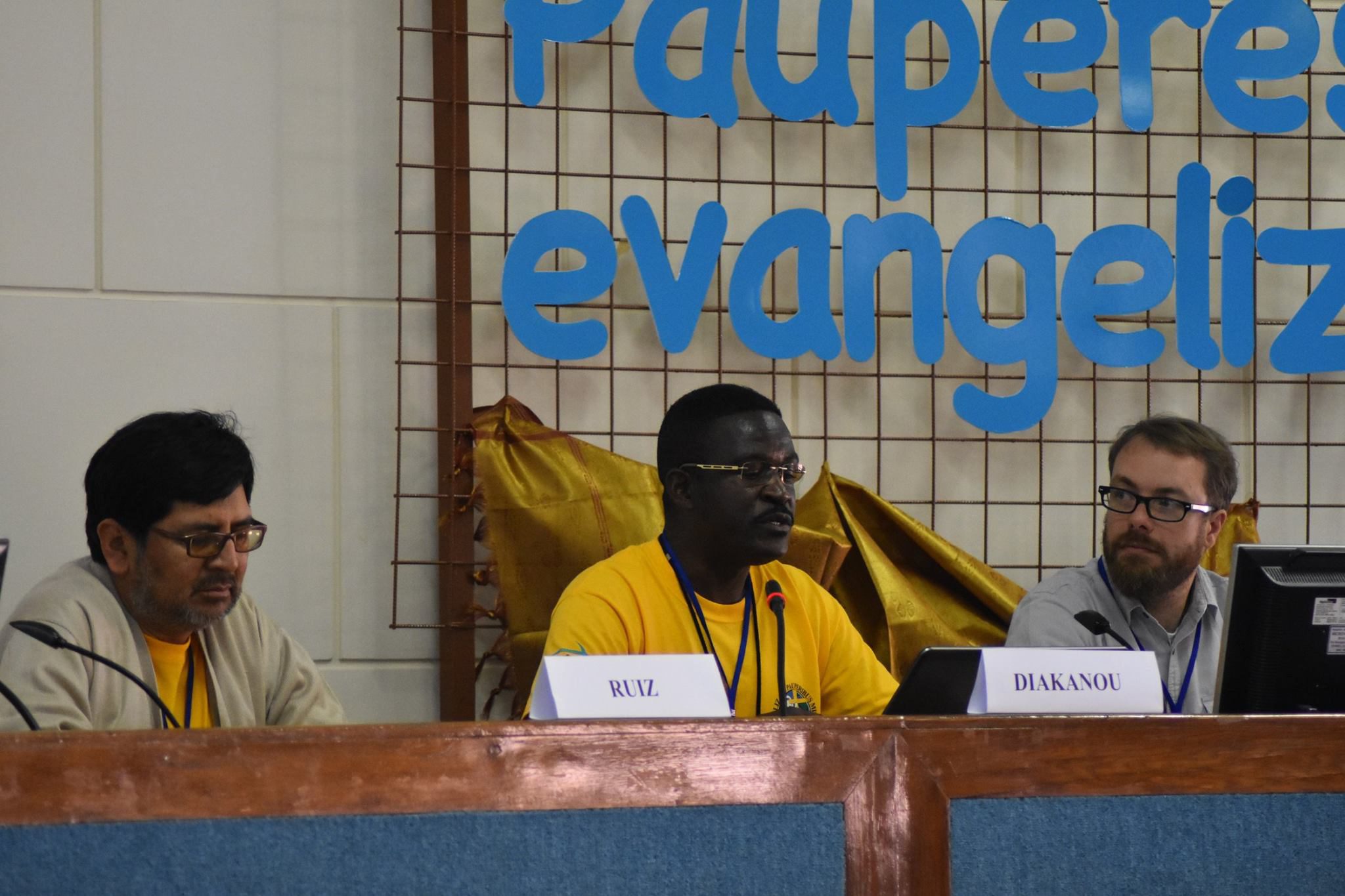 Each report was followed by questions and comments from the rest of the capitulars.

The morning session was concluded by three capitulars who were invited to give their personal reflections on what they have seen and heard in these first days of the Chapter: Fathers Calixto MAMANI (Bolivia), Vlastimil KADLEC (Central European) and Chinappan Sandhappan (India).

In the afternoon, the chapter community warmly welcomed our former Superior General, Bishop Guillermo Steckling, now the Bishop of Ciudad del Este in Paraguay. He spoke of the transition from being Superior General to once again being a missionary in Paraguay and then a new transition to being bishop in a diocese where there had been a period of tension and conflict. He has had to learn how to be bishop to his diocesan clergy and to the many ecclesial movements that have started in the diocese. But he finds much hope in the faith of the people. He finds an atmosphere of hope also at this General Chapter as he has listened to the regional reports of the past few days.

(Editor’s Note: There is no Report for “DAY FIVE” as it was a free day for the Chapter)