The session began with Morning Prayer for the feast of Our Lady of Sorrows. Fr. Bonga MAJOLA explained that the prayer was composed by the scholastics in Manila, Philippines. Scholasticates throughout the world have prepared the prayer for each day of the Chapter, with the exception of five days prepared by the Regions. It is a means for the young Oblates and the capitulars to have a sense of being part of a larger community as they pray for and with each other. 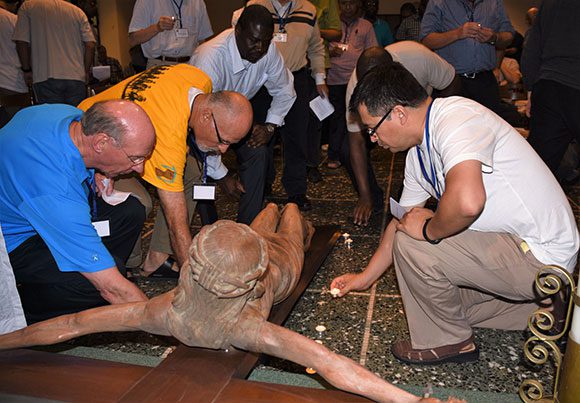 The theme of the day was “Reconciliation”. In the afternoon, there was a penitential service led by the Latin American Region, followed by Eucharist. All were encouraged to celebrate the Sacrament of Reconciliation in the course of the day.

After the brief Plenary Session in the morning, the capitulars met in regional workshops to give a final look at their regional reports.

Each regional group chose one of its members to be presented to the Chapter for required committees: Steering, Finance, Nominating, and Drafting.

At the afternoon session, Father General presented the nominees for two of the committees and asked for a show of hands to confirm them in their roles. 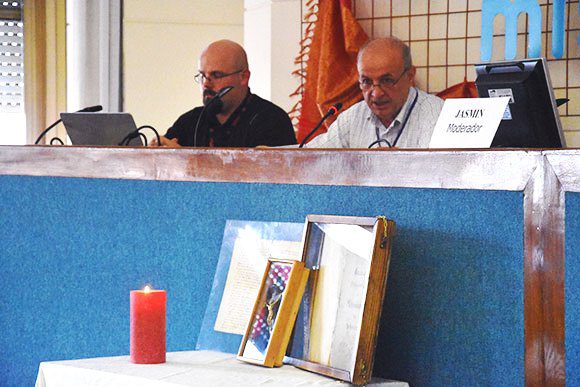 Fr. Paolo ARCHIATI then presented a brief spiritual conference or reflection entitled “Looking at the past with gratitude.” He explained that the inspiration for his talk was the letter of Pope Francis at the beginning of the Year of Consecrated Life when he invited religious men and women to look to the past with gratitude; to live the present with passion; and to embrace the future with hope. He also referred to a letter from Fr. General to the Congregation at the beginning of the 200th Jubilee of the Oblates. He then went on to name some of the many things for which we Oblates are grateful and invited the capitulars to continue reflecting on that theme and adding their own reasons to be grateful.