(Editor’s Note: There is no Report for “DAY FIVE” as it was a free day for the Chapter)

Sunday, 18 September, was a day of rest for the members of the 36th General Chapter. For many of them, it was the opportunity to visit some tourist attractions. Groups were organized to visit Subiaco, Assisi, or the Catacombs, and there was a visit of Rome “in the footsteps of St. Eugene,” led by Fr. Fabio CIARDI.

But on Monday, it was back to serious business. Rule 126a states that “During the Chapter, the Superior General presents a report on the state of the Congregation and on its financial situation; the report is then examined by the Chapter.” 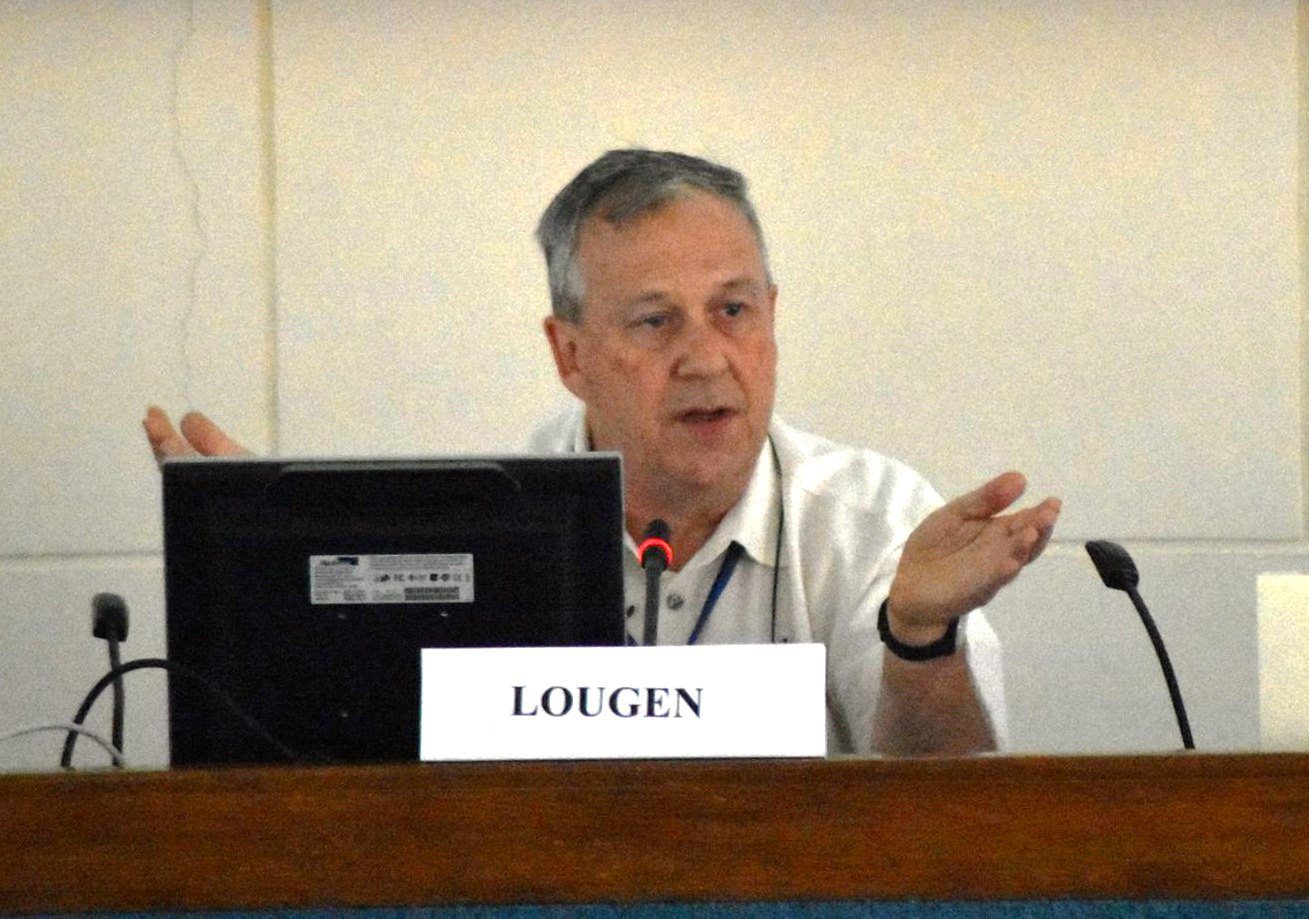 Most Rev. Louis Lougen, OMI reports to the Chapter

The Superior General, Fr. Louis LOUGEN, indeed reported today on the “state of the Congregation,” giving a summary of his sixty-six page written report which the members of the Chapter had received and were able to study before their coming to Rome. The part on the “financial situation” will be presented on 20 September by the Treasurer General, Fr. Marc DESSUREAULT.

After Fr. General’s report, the Capitulars moved into regional groups to discuss what they had heard and to formulate some comments and questions to be presented to Fr. General at the afternoon session.

The prayer that opened the afternoon session was a particularly touching moment of encounter between the capitulars and the scholastics in Cedara, South Africa. Through the wonders of Skype, the scholastics and capitulars were visually and aurally present to one another to pray a decade of the rosary.

For that afternoon session, Fr. General had divided questions coming from the five regional groups into various categories: Mission, Specific Ministries, Leadership, Apostolic Community and Formation. His responses touched on many themes that he has experienced and reflected upon during his six years as Superior General. The topics included such things as restructuring; the role of the Superior General in transferring Oblates from Unit to Unit; the priority of the mission in every aspect of our Oblate lives, and many others.

An optional evening session focused on the ministry of Justice, Peace and the Integrity of Creation and the new edition of the JPIC Vademecum that had been directed by the late Fr. Kennedy KATONGO.