The members of the 36th General Chapter participated in the Funeral Mass for Fr. Kennedy KATONGO who died on 14 September at the General House. For two years, he had served as the Director of the General Service of Justice, Peace and the Integrity of Creation. Fr. Gilberto PIÑÓN, Assistant General in charge of the Mission, presided at the liturgy, next to Fr. Louis LOUGEN, Superior General. Fr. Freeborn KIBOMBWE, the Superior of the Delegation of Zambia, where Fr. Kennedy had his origins, preached the homily. Fr. Freeborn has known the Katongo family for many years. Besides the capitulars, the General House chapel was filled to overflowing by the General House community and many other men and women religious, especially those who worked with the deceased in the JPIC ministry. The scholastics of the International Roman Scholasticate led the singing. The ambassador of Zambia, Her Excellency Gertrude Mwape, thanked the Oblates for allowing Fr. Kennedy’s remains to be returned to Zambia for burial, a great consolation for a family grieving the loss of so young a son. 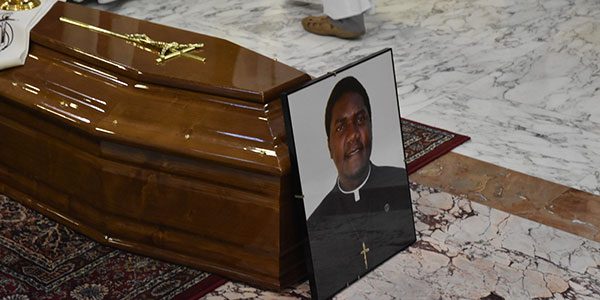 In the afternoon, Fr. Roberto SARTOR, former Procurator General and now the bursar of the General House, spoke to the capitulars about departures from the Congregation and some of the canonical issues involved in this. It was a very enlightening presentation, including statistics from his time as Procurator, as well as the canonical distinctions related to various types of departures, whether from religious life or from priestly ministry. 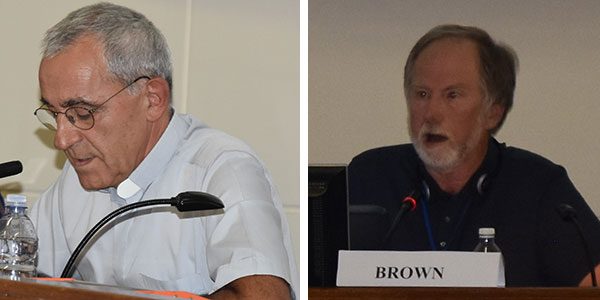 General Councillor Fr. Warren BROWN spoke about some of the proposed changes to the Constitutions and Rules, especially those concerning the mandate of the Holy See to assure that at a General Chapter, the elected delegates are to be more numerous than those who are members of the Chapter “ex officio.”