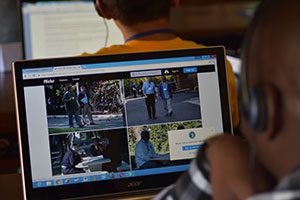 After a Sunday of relaxation and tourism, the capitulars began the new week with Morning Prayer prepared by the scholastics of the Mediterranean Province scholasticate in Vermicino, Italy. Fr. Raymond WARREN, Provincial of the Anglo-Irish Province, delivered a brief spiritual conference on the vow of Obedience and the exercise of authority.

The capitulars continued listening to the preliminary reports of the various focus groups on the general theme of “Mission.” In the morning, it was the turn of the group on “Formation for the Mission.” Three members of the group made the presentation: Pierre-Olivier TREMBLAY, Gennaro ROSATO and Ferdinand OWONO NDIH.

After the pause for lunch and, for many, the obligatory siesta, the presentation was about”Mission and Inculturation.” The speakers were Vincent GRUBER, Miguel FRITZ and Mokone RATHOKOA. 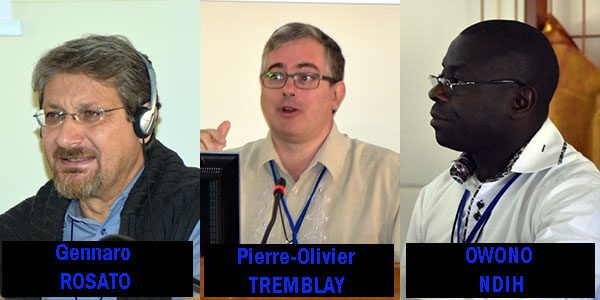 There was time for questions and comments after each of the presentations. The afternoon session continued with a discussion of and presentation of amendments to proposed changes to the Constitutions and Rules.

A big and sometimes amusing moment in the afternoon was the testing of the electronic voting system that will be used at later stages of the Chapter. It is an old system with a variety of non-functioning switches, but all of the capitulars do have a desk with a functioning switch!