Father General had asked that Oblates throughout the world join the 36th General Chapter in a day of prayer and reflection on the eve of the elections for leadership in the Congregation. This retreat day began in Rome with prayer at a Lourdes Grotto in the garden of the Chapter site. The capitulars from the Canada-USA Region led the prayer in the garden and then led the capitulars to the chapter hall singing the Lourdes hymn. 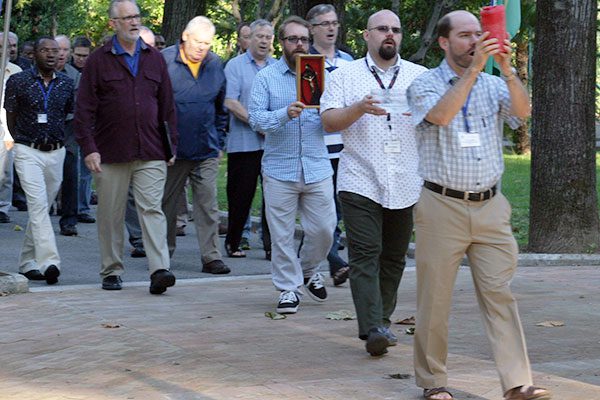 Fr. Wojciech POPIELEWSKI, Superior of the International Roman Scholasticate, presented a meditation which is also available on the homepage of the Congregation’s 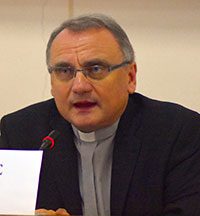 website. He began: “To have faith means to be on a journey. The experience of a journey is a fundamental dimension of faith. When a person responds to the inviting call of God, he or she begins a journey of faith. All people of faith can discover the faith of Abraham in their own experience.” Then he went on to develop how the Oblates and, in particular, this General Chapter are on a journey of faith which has many dimensions.

The day of retreat took on a new flavor during the afternoon session when the capitulars were invited to enter into prayerful dialogue with as many each other. This famous “murmuratio”, as it is called in the language of our General Chapters, has little to do with the original Latin meaning (gossip, grumbling). It has much to do with the meaning often found in poetry: “a low, continuous sound” (for example, the “murmuring of the brook.”) For the capitulars, it is simply a quiet, honest and charitable conversation about the qualities Oblates see in those of their confreres who might serve in the roles of leadership for the next six year. 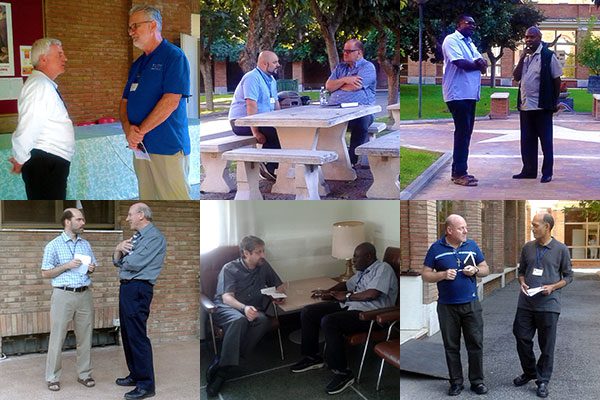 By late afternoon, the capitulars were cast a straw vote to indicate their preferences before the official vote on Friday, 30 September. “Come, Holy Spirit, fill the hearts of Your faithful and enkindle in them the fire of Your love.”

Click Here to See Day 17 From The Oblate General Chapter