A beautiful day in Rome welcomed the month of October. The capitulars were joined in prayer today by the scholastics in San Antonio, Texas, USA.

With the prospect of having Saturday afternoon free, the capitulars set to work with the task of electing the two Assistants General for the new Central Government. After a period of discussion and a secret straw ballot, they were able to vote on names proposed by the Nominating Committee.

Those elected to the office of Assistant General were Fr. Cornelius NGOKA and Fr. Ramon BERNABE. 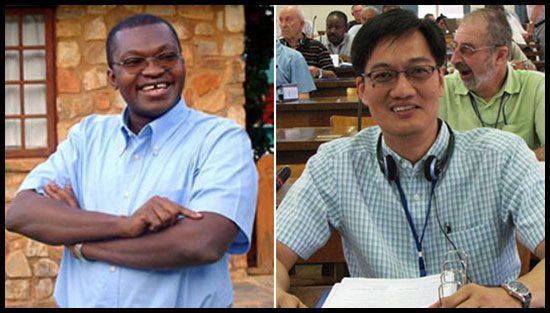 Fr. Ngoka has served as Assistant General for the past six years. Born in Ihiteowerri, Imo State, Nigeria in 1969, he professed his first vows in 1993. He completed his philosophy in Yaoundé, Cameroun, and theology in Rome, making his perpetual vows in 2000. He was ordained to the priesthood in 2001, after which he studied Biblical Theology in Yaoundé. In 2007, he obtained a licentiate in Sacred Scriptures at the Pontifical Biblical Institute in Rome. After his ordination, he became the socius at the novitiate (2001-2003). Later, while continuing his studies, he served as formator at the scholasticate in Yaoundé (2003-2004) and at the International Scholasticate in Rome (2004-2007). In December of 2007, he was named Provincial Superior of Cameroun. The Province of Cameroun includes the Oblates in Chad and the Mission of Nigeria. After his election as Assistant General in 2010, he was given responsibility for the Formation Portfolio in the Central Government. He speaks Igbo, English, French, Italian, German and Spanish. 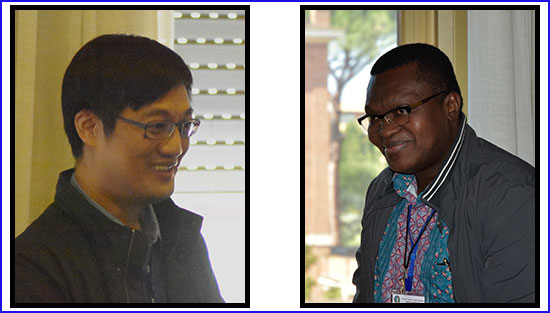 Fr. Bernabe was born in 1964 in the Philippines. His first formation took place in his native country where he made first vows in 1985 and was ordained a priest in 1992. His studies took him to various places: Philosophy at Notre Dame University, Cotabato City; Theology at Loyola School of Theology, Ateneo de Manila University, in Quezon City, where he achieved a Masters Degree in Pastoral Ministry. He also did special studies in Peace and Conflict Resolution at the European Peace University, in Stadtschlaining, Austria. Besides serving as the provincial of the Philippines (2005-12) he had a variety of assignments, including parish ministry, but primarily in the field of education and formation. Among these, he was President of Notre Dame University in Cotabato (2002-2005) and prior to coming to the 36th General Chapter, he was Director of Notre Dame of Greater Manila School in Caloocan City. He speaks English and Tagalog.