We began the last full week of the 36th General Chapter with 83 capitulars. The number increased because upon his election as General Councillor, Fr. Ramon Bernabe left this role as moderator to become a member of the Chapter itself.

The scholastics at the Yves Plumey Philosophy scholasticate in Cameroon joined the capitulars in prayer today. 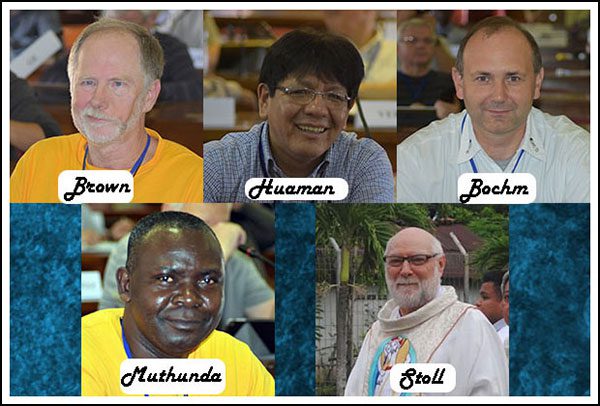 During the morning session, the capitulars met in regional groups in order to finalize the list of names of those whom they will nominate for the office of General Councillor. Elected were the following Oblate priests: Guillaume MUTHUNDA HENGELELA (Region of Africa-Madagascar); Peter STOLL (Region of Asia-Oceania); Warren BROWN (Region of Canada-United States); Antoni BOCHM (Region of Europe); Alberto HUAMÁN (Region of Latin America). A brief Curriculum Vitaof each of them will be published at a later date.

Fr. Peter Stoll is not present at the Chapter so his acceptance had to be through a telephone call from Father General. With his acceptance, he automatically became a member of the Chapter and is expected to arrive in Rome within days.

The afternoon was spent in giving final approval to amendments to several Constitutions and Rules. The changes to the Constitutions will need the approval of the Holy See.

There was also a lengthy discussion about the contents of the final document on the theme of the Chapter. That will be the topic of further discussions in coming days. 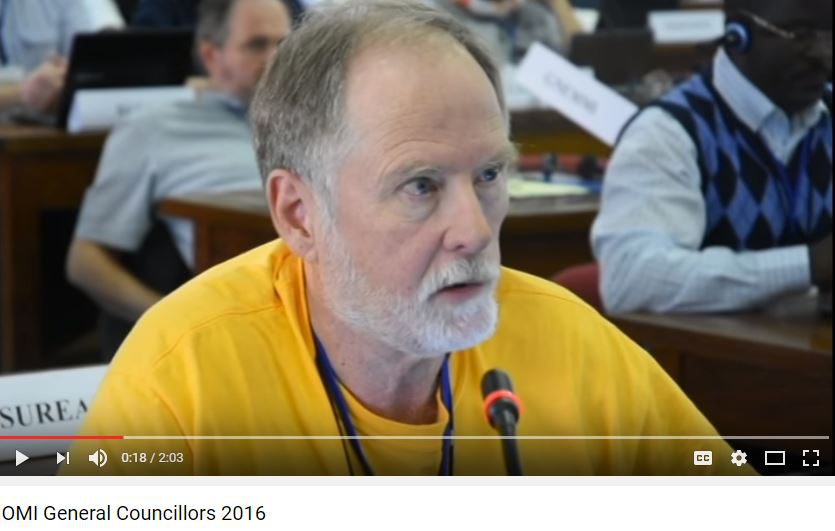