The following articles were originally published on OMIWORLD.ORG

CLICK HERE to Re-Visit All the News from Week One

CLICK HERE to Re-Visit All the News from Week Two

This day is not only the birthday of the Superior General, Fr. Louis LOUGEN, but also the sixth anniversary of his election as the 12th successor of St. Eugene de Mazenod. In the refectory at lunch, best wishes were sung in English, French, Spanish and Polish. 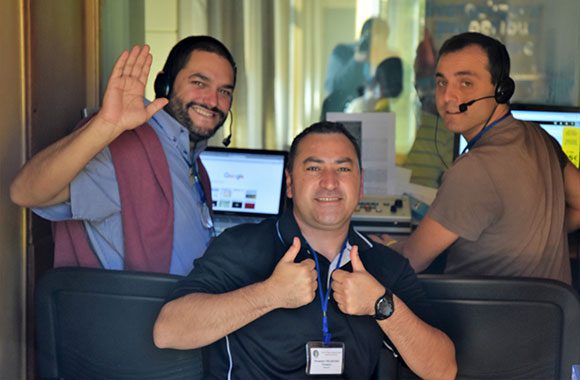 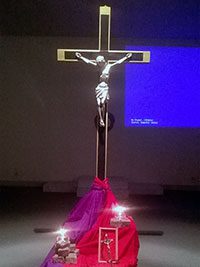 The Steering Committee explained its proposal for the process of nominating and electing the Superior General. After some discussion and amendments, the proposal was accepted. Then the capitulars went into their focus groups to fine-tune their various documents on the Chapter’s theme, “Mission.”

In a certain sense, the election process for the Superior General then began in earnest as forty-four capitulars named qualities they would expect to find in the leader of the Congregation. Of course, there was repetition in the qualities named, but they demonstrate the hopes in the hearts of the capitulars in this very important moment of the Chapter.

The afternoon session began with the capitulars being in Skype contact with some of the scholastics in Obra to pray a decade of the rosary together.

More discussion of proposed changes to the Constitutions and Rules took most of the rest of the afternoon.

The evening Oraison was organized to include veneration of the Oblate cross of St. Eugene de Mazenod, all a preparation for the day of retreat to be held on Thursday, 29 September.

Click Here to See Day 16 From The General Chapter