On this feast of St. Francis of Assisi, the capitulars began the day with Morning Prayer in the garden of the Chapter site, close to nature, reflecting on one of Jesus’ parables about the seed. Each one received a small seed as a reminder of our own call to be sowers of the seed of God’s Word. Then they went in procession to the Chapter Hall singing “Ubi caritas et amor, Deus ibi est.” (“Where there are charity and love, God is present.”) 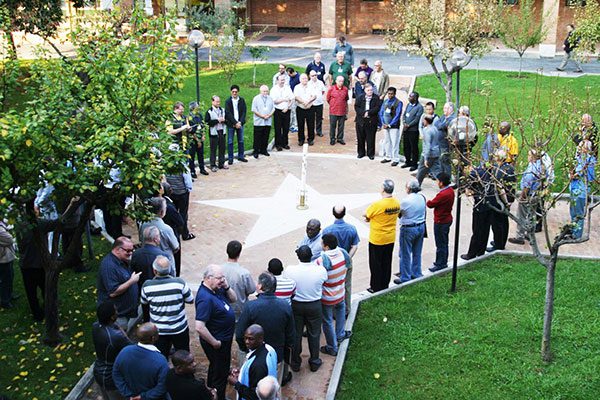 The morning was spent studying and amending some proposals that had been made by the members of the Central Government.

In the afternoon, Frs. Mario AZRAK and Liam GRIFFIN presented the report of the Chapter’s Finance Committee. The committee had also written some proposals for the Chapter which were discussed at length.