After the 36th General Chapter had elected Fr. Louis LOUGEN on the first ballot to lead the Congregation for a second term, Fr. Luc TARDIF, the chairman of the Steering Committee, asked him if he is willing to accept the office. Fr. Lougen responded: “With God’s help and with the support and prayers of my brothers, I am.” Those words were the official and canonical acceptance required so that the twelfth successor of St. Eugene de Mazenod can continue as Superior General for six more years.

Following thunderous applause from the members of the Chapter, the Superior General pronounced the required Profession of Faith and the Oath of Fidelity. Then, one by one, those in the Chapter Hall came forward to congratulate him.

The 64 year old Superior General born in Buffalo, New York, in the United States. He first professed his vows as an Oblate in 1973 and, after his priestly ordination in 1979, he received an Obedience to what was then the São Paulo Province of Brazil where he ministered in parishes and in formation for 17 years. Upon his return to the United States in 1996, he ministered once again in a parish and then as novice master until his appointment as provincial of the United States Province in 2005. He was elected Superior General at the 35thGeneral Chapter on 28 September 2010.

During the first six years of his tenure as Superior General, he has visited almost every province, delegation and mission of the Missionary Oblates. He came into his position able to speak English, Portuguese and Spanish. In the past six years, he has also acquired the ability to converse in Italian and French.

In the afternoon, it was the moment to begin the election process for a Vicar General. The capitulars huddled in regional groups to discuss qualities and names to be offered as candidates. A straw ballot was taken to surface names and an official vote took place toward the end of the afternoon.

After a pause for the Nominating Committee to count the straw votes and consult possible candidates, the capitulars gathered in the hall once again to elect the Vicar General of the Congregation.

Fr. Paolo ARCHIATI received an absolute majority on the first ballot and therefore will serve a second six-year term as Vicar General of the Congregation. Born in Brescia, Italy, in 1951, he professed his first vows in 1971. Shortly after his ordination in 1978, he was assigned to the staff of the International Scholasticate in Rome. From 1984 until 1991, he was on the staff of the Oblate scholasticate in Kinshasa, Congo. Returning to Italy, he was a formator at the Italian scholasticate from 1991-96; he became superior of that scholasticate in 1996. He was named superior of the International Scholasticate in Rome in 2000. At the General Chapter of 2004, he was elected Second Assistant General with the portfolio of formation. The General Chapter of 2010 chose him for a first term as Vicar General. Fr. Archiati speaks Italian, French, English and Spanish. 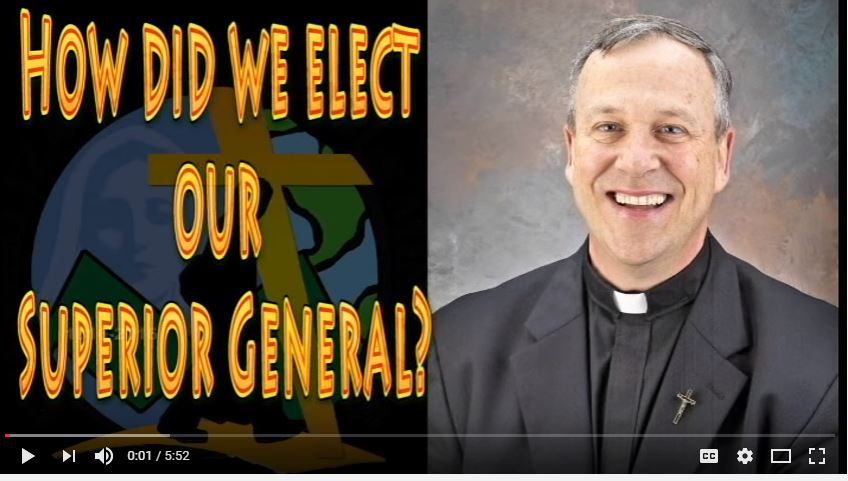