On the previous evening, the community of the Oblate General House welcomed the 36thGeneral Chapter participants for a fraternal meal. Even the staff of the kitchen and dining room joined in the sing-along at the end.

Joining the capitulars in prayer on this day were the young Oblates at the De Mazenod Scholasticate in Yogyakarta, Indonesia. 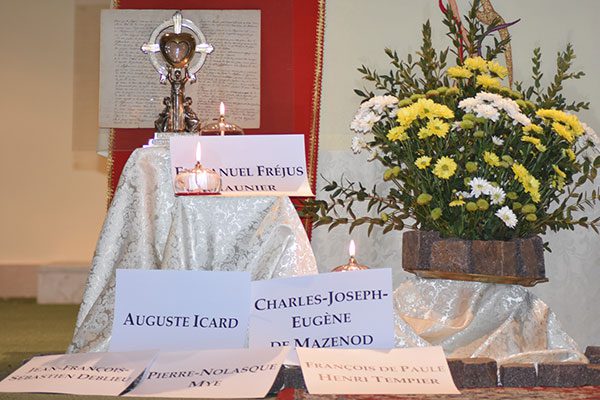 It was serious work all morning and afternoon. Every General Chapter “articulates our missionary vision, determines general policy for the Congregation, and makes whatever decisions are required.” (Oblate Constitution 126) To accomplish that task, proposals have been made and documents have been written to animate the Congregation for the next six years, especially regarding the theme of the 36th General Chapter: the Oblate Mission. Most of this day was spent reading, discussing and making suggestions for what is presently being called simply the “final document” of the Chapter. 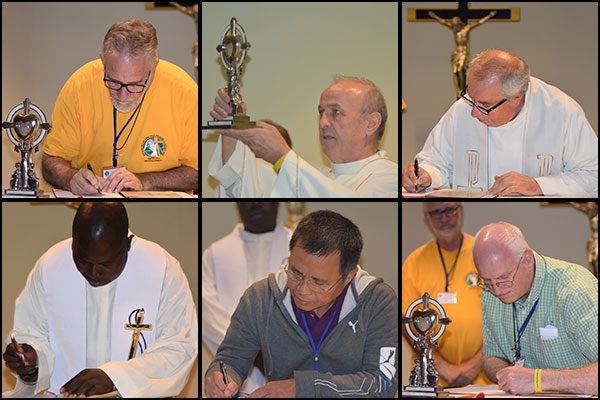 Before the evening meal, there was a Mass commemorating the 200th anniversary of our founding. Fr. Paolo ARCHIATI, Vicar General, presided and preached. He entered the chapel carrying a relic of the heart of St. Eugene de Mazenod. Preceding him was Brother Jason ROSSIGNOL who carried the original copy of the “Supplique” (Petition), signed by St. Eugene and his very first companions. They were asking the Vicars General of Aix for permission to begin a community of missionaries and it explained the goals of that venture they launched on 25 January 1816. The Region of Africa-Madagascar made the liturgy memorable with beautiful songs in several languages.