As Published by Catholic Philly 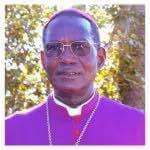 “Everyone in the country will tell you what a hard worker he is,” Sister Julia Mafike, a member of Handmaids of Christ the Priest, told Catholic News Service in a telephone interview.

Cardinal-designate Khoarai, who will be the first cardinal from this southern African nation, “looks after children with disabilities, visits and helps people who are sick, and travels wherever he is needed to celebrate Mass,” she said.

He is humble and a person of prayer “the likes of which has never been seen before,” said Sister Mafike, who manages the diocesan center in Mohale’s Hoek, where Cardinal-designate Khoarai lives in retirement.

A member of the Missionary Oblates of Mary Immaculate, he was the first bishop of the Diocese of Mohale’s Hoek after it was created in 1977. He served as president of Lesotho’s bishops’ conference from 1982 to 1987.

CLICK HERE to See the Rest of the Article