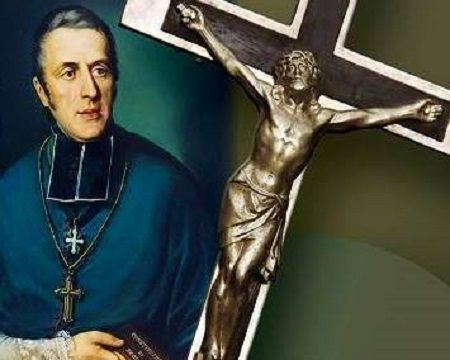 For us this beatification is both a grace and a challenge. It is a grace which confirms and invites us to joy… a challenge which tests our fidelity: fidelity to the mission among the poor; fidelity to that quality of being which the Founder wanted for the Oblates.

The beatification ceremony will be over quickly. And what will remain? Will there be the grace of conversion… new strength… a renewed thrust toward the poor?

To all of you I repeat what I told the 1974 Chapter: In the name of God be strong! Be strong in faith and in obedience to the mission you have received. Be strong in your love. Be capable of holding on and going ahead, out of love for the poor and fidelity to Jesus Christ — to Jesus Christ in his poor!

Through the intercession of the Immaculate Virgin, “who is victorious over all evil” (1966 Constitutions, art. 6) and “the perfect model of our response to God” (1966Constitutions, art. 61), may Bishop de Mazenod’s beatification be for us the occasion of an authentic inner renewal! (F. Jetté, June 6, 1975, in Lettres aux Oblats de Marie Immaculée, Rome 1984, p. 19-24)