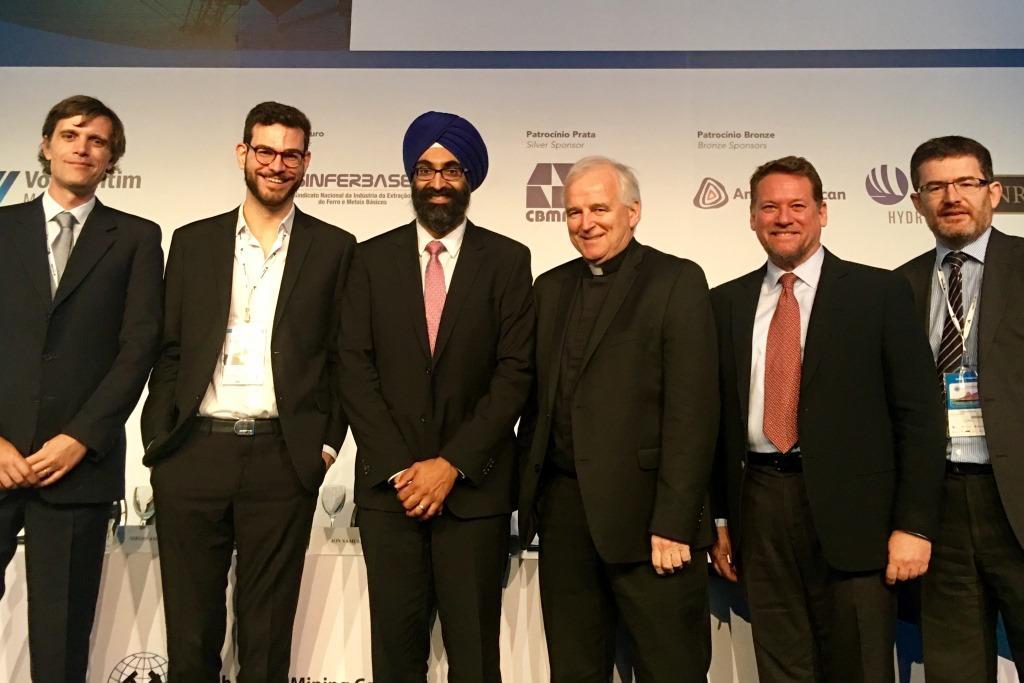 The World Mining Congress is an international event that takes place every three years. It is led by a secretariat and affiliated with the United Nations. This year’s event took place in Rio de Janeiro, Brazil from October 18 – 21. The event aims to promote and support, both technically and scientifically, the cooperation for the national and international development of mineral areas and resources; implement a global information network concerning mineral science, technology, economy, occupational health and safety and environmental protection.

Fr. Seamus Finn, OMI, spoke on the Kellogg Innovation Network (KIN) panel, Why Partnering For Development is the Future of Mining.

The panel explored the social, economic and environmental dimensions that are so vital for a vibrant mining industry and a future that provides for an equitable distribution of benefits to all stakeholders.

The church’s engagement with the mining sector and specifically with the Development Partner Initiative was initiated and motivated by three different factors.

In the Days of Reflection that were convened at the Vatican and at Lambeth palace, in the Days of Courageous conversation that were convened in Cape town and in the other convenings that have brought together faith and industry leaders, civil society and representatives of local communities, we have a model that can help to address some of the challenges that are faced by local communities, industry and those who want to support sustainable development. The commitment to care for and cultivate and protect our common home must be our number one priority. We cannot rest until we have found the avenues and the technology to do this and at the same time use the multiple and rich resources that are before us to support human habitation on the planet.