For nearly 50 years, there have been a lot of different titles in front of Roger Schwietz’s name – Father, Bishop, Coadjutor Archbishop, Archbishop and now, Archbishop Emeritus.  But there has been only one title behind his name during that time – O.M.I. (Oblate of Mary Immaculate). 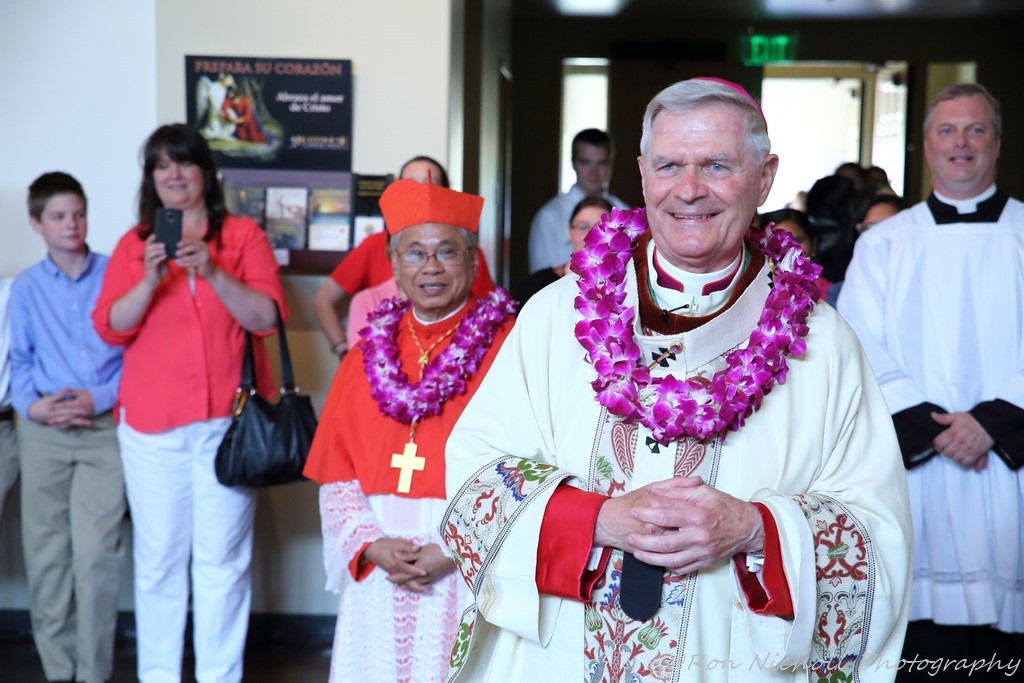 Archbishop Schwietz celebrating his 75th birthday this past July. Cardinal Orlando Quevedo, OMI, Archbishop of Cotabato, the Philippines, is just behind him.

In 2017 Archbishop Emeritus Roger Schwietz, O.M.I of the diocese of Anchorage, Alaska will be celebrating 50 years as an Oblate priest.  Retired from diocesan leadership as of November 9, he will now have a more humble title – pastor.  The man who had Bishop in front of his name for 27 years, will now become pastor of St. Andrew Parish in Eagle River, Alaska.  And he loves that title.

“I really am excited about the new possibilities that have opened up in retirement,” said Archbishop Schwietz,  “The new Archbishop asked me to remain here and be of assistance as long as my health is good.  I am happy to do that since Alaska has become my home.”

Archbishop Schwietz has been in Alaska since 2000.  He arrived after ten years as the Bishop of Duluth, Minnesota.  Most of his previous ministries involved parish work as well as the formation of seminarians.

In Alaska, Archbishop Schwietz faced challenges that almost no other bishop in the United States had to encounter.

There is the brutal weather that can last for nine months.  There is the isolation of parishes, some of which can only be accessed by road in the summer or by airplane when there is a break in the weather.  There is also an incredibly diverse population, made up of people who have come to Alaska from many different parts of the world.

“I am very grateful that I have been able to minister in Alaska for the past 17 years,” said Archbishop Schwietz.  “It is definitely one of the more interesting places in the United States to work.”

Interesting described one aspect of Archbishop Schwietz’s Alaskan ministry – travel.  To get to the St. Christopher by the Sea Mission in the Aleutian Islands he had to fly.  The three-hour flight can only be made on the rare occasion when there is no severe wind, fog or snow.  To get to Holy Family Parish in Glennallen, it’s a five-hour drive on an isolated road that goes through numerous mountain passes.

Interesting can also describe the diversity of people served by Archbishop Schwietz.  There are about 11,000 registered families in the archdiocese, with significant populations of Native Alaskans, Hispanics, Filipinos and even Samoans.

“We have a huge Hispanic population that is not really being addressed adequately by the Church,” said Archbishop Schwietz, who required all Alaskan seminarians to learn Spanish so that they can better serve this community. 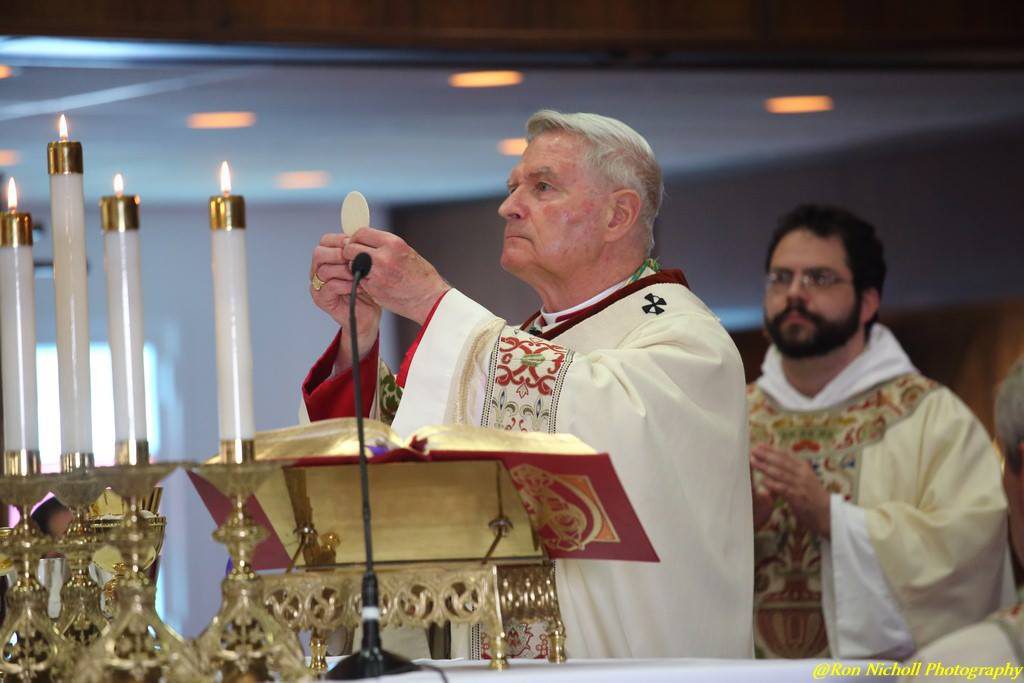 Environmental issues are also having a tremendous impact on the people in the Archdiocese of Anchorage.  Climate change is causing a reduction in the amount of fish in some areas.  An increase in mining is causing toxic pollution on land and in the water.

Archbishop Schwietz  is one of five Missionary Oblates currently working in Alaska.  In 2009 he turned to the Oblates to establish a presence on the Kenai Peninsula, where residents did not have access to weekly Mass or religious programing for more than ten years.  Today, Oblates continue to minister on the peninsula, reestablishing the Catholic faith that had gone dormant for more than a decade.

Archbishop Schwietz said that in his 50 years as a Missionary Oblate, his title may have changed, but his job responsibility has not.  He was, is and always will be a missionary.

“Saint Eugene De Mazneod, the founder of the Missionary Oblates, was a bishop who worked untiringly for the evangelization of the poor, the growth in holiness of the clergy and the unity of the Church,” said Archbishop Schwietz.  “I hope that I am following in his footsteps, one who is close to the people and who leads them to Christ.”

November 9, 2016 – retired as Archbishop of Anchorage