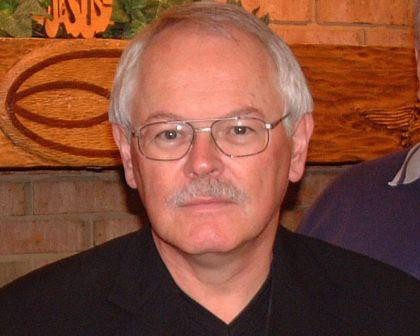 How can there be an all-loving and an all-powerful God if there is so much suffering and evil in our world?

There have been countless attempts to answer this question, not least inside the tortured experience of those who are suffering. There have also been many attempts at offering some kind of acceptable theoretical explanation.

For example, Harold Kushner (When Bad Things Happen to Good People), writing as a Jewish rabbi, tries to answer the question by defending God’s love and goodness at the expense of his power. Essentially, God would help us if He could, Kushner believes, but God isn’t all-powerful. Innocent suffering exists not because God cannot stop it.

Inside of Christian theology, Peter Kreeft, C.S. Lewis, and Teilhard de Chardin, among others, have written insightful books on this question. Christians believe that what is ultimately at stake is human freedom and God’s respect for it. God gives us freedom and (unlike most everyone else) refuses to violate it, even when it would seem beneficial to do so. That leaves us in a lot of pain at times, but, as Jesus reveals, God is not so much a rescuing God as a redeeming one. God does not protect us from pain, but instead enters it and ultimately redeems it. That might sound simplistic in the face of real death and evil, but it is not. We see a powerful illustration of this in Jesus’ reaction to the death of Lazarus. In essence, this is how the Gospels tell that story:

The sisters of Lazarus, Martha and Mary, send a message to Jesus telling him that “the man you love” is gravely ill. Curiously though Jesus does not immediately rush off to see Lazarus. Instead he stays where he is for two more days, until Lazarus is dead, and then sets off to see him. When he arrives near the house, he is met by Martha who says to him: “If you had been here, my brother would not have died!” Basically her question is: “Where were you? Why didn’t you come and heal him?” Jesus does not answer her question but instead assures her that Lazarus will live in some deeper way.

Martha then goes and calls her sister, Mary. When Mary arrives she repeats the identical words to Jesus that Martha had spoken: “If you had been here my brother would not have died!” However, coming out of Mary’s mouth, these words mean something else, something deeper. Mary is asking the universal, timeless question about suffering and God’s seeming absence. Her query (“Where were you when my brother died?”) asks that question for everyone: Where is God when innocent people suffer? Where was God during the holocaust? Where is God when anyone’s brother dies?

But, curiously, Jesus does not engage the question in theory; instead he becomes distressed and asks: “Where have you put him?” And when they offer to show him, he begins to weep. His answer to suffering: He enters into peoples’ helplessness and pain. Afterwards, he raises Lazarus from the dead.

And what we see here will occur in the same way between Jesus and his Father. The Father does not save Jesus from death on the cross even when he is jeered and mocked there. Instead the Father allows him to die on the cross and then raises him up afterwards.

The lesson in both these deaths and raisings might be put this way: The God we believe in doesn’t necessarily intervene and rescue us from suffering and death (although we are invited to pray for that). Instead he redeems our suffering afterwards.

God’s seeming indifference to suffering is not so much a mystery that leaves the mind befuddled as a mystery that makes sense only if you give yourself over in a certain level of trust. Forgiveness and faith work the same. You have to roll the dice in trust. Nothing else can give you an answer.

And I do not say this glibly. I know too many people who have been hurt, brutally and unfairly, in ways that make it difficult for them to accept that there is an all-powerful God who cares.

But sometimes the only answer to the question of suffering and evil is the one Jesus gave to Mary and Martha – shared helplessness, shared distress, and shared tears, with no attempt to try to explain God’s seeming absence, but rather a trusting that, because God is all-loving and all-powerful, in the end all will be well and our pain will someday be redeemed in God’s embrace.