The beatification ceremony for all 17 Martyrs of Laos (including six Oblates of Mary Immaculate) took place in the city of Vientiane, Laos, on 11 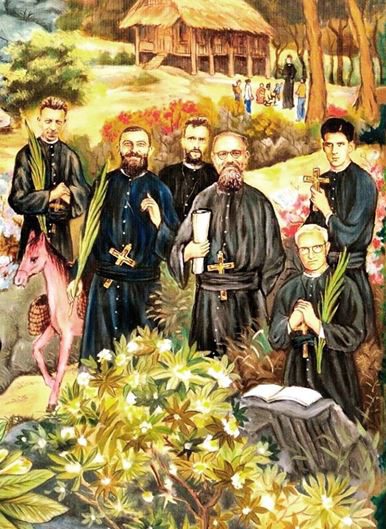 December 2016. The Holy Father’s personal representative at the ceremony was His Eminence, Orlando Cardinal Quevedo, OMI, Archbishop of Cotabato in the Philippines.

Their feast day will be celebrated on December 16.

Who were the six Oblate Martyrs of Laos? 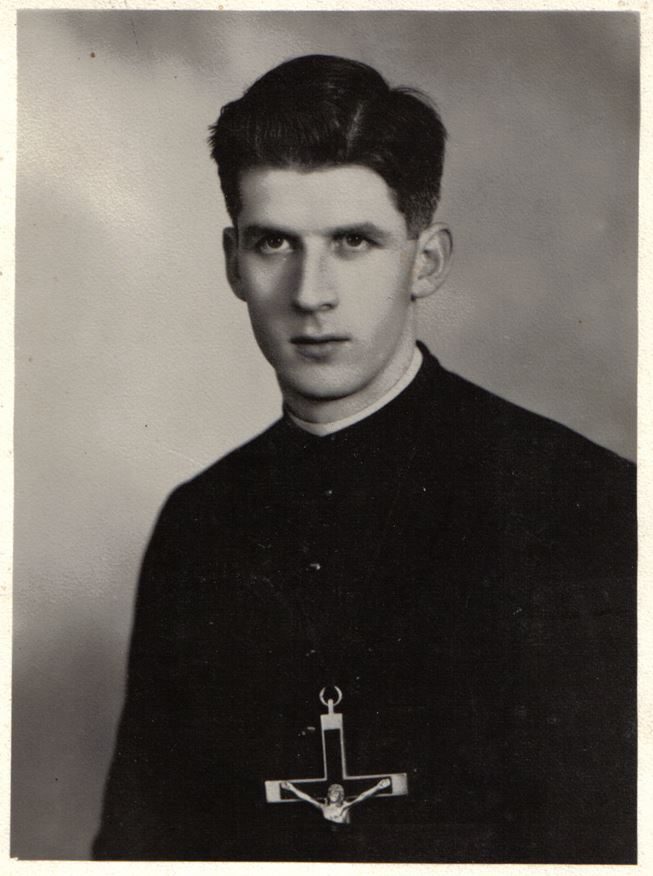 Blessed Mario BORZAGA was born in 1932 in Trent, at the foot of the mountains in northern Italy. He was the youngest of a family of four children: three boys and a girl. He was ordained in 1957 and received his first obedience to Laos in that same year. He worked with the Hmong people in that country at a time when the Pathet Lao communists were trying to take over the government. (The Hmong had been cooperating with the U.S. forces.)

On May 1, 1960, he and his young catechist were killed during one of their missionary journeys. One of the communist soldiers testified:

“On the path along the Mun Phou ridge, we met an American spy, accompanied by a Hmong. We forced them to dig a hole. It was I who shot them. The Hmong died instantly but the American, falling into the hole, cried: ‘Why have you shot me, the Father?’ Without waiting, we covered them with earth; then we rummaged through the backpack of the American. There was not much: some granulated cords with two pieces of crossed iron, some pictures of a radiant woman, alone or with a child, and those of a man with the heart on the outside…” 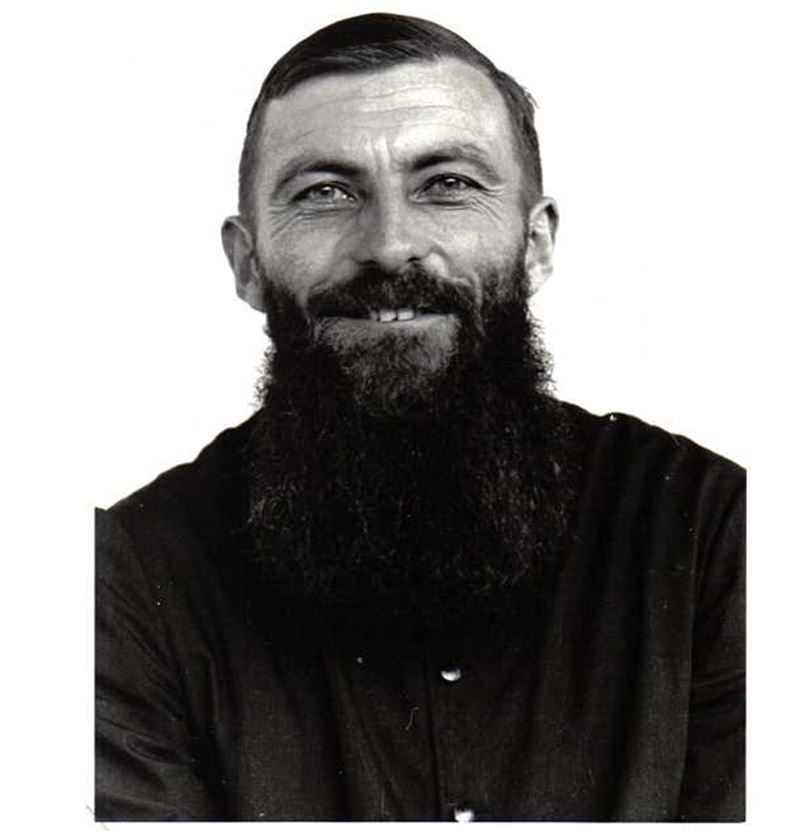 Blessed Louis LEROY was born on October 8, 1923, in Normandy (France), in the village of Ducey. Shortly after his ordination, he arrived in Laos in 1955.

On April 18, 1961, Father Louis Leroy was praying in his poor church. A detachment of guerilla soldiers came looking for him. According to the villagers, he knows that his departure would be final: he asks to put on his cassock; he puts his cross in his cincture; he takes his breviary under his arm and says farewell. Head bare and barefoot, he follows the soldiers on the uneven path. According to a witness, Louis Leroy was interrogated, beaten and burned on his face till it was disfigured. Some Christians from another village who were passing through there saw the scene from afar, but they did not recognize him. A bit later, some shots were heard in the forest and it was over… His dream as a young man had come true. 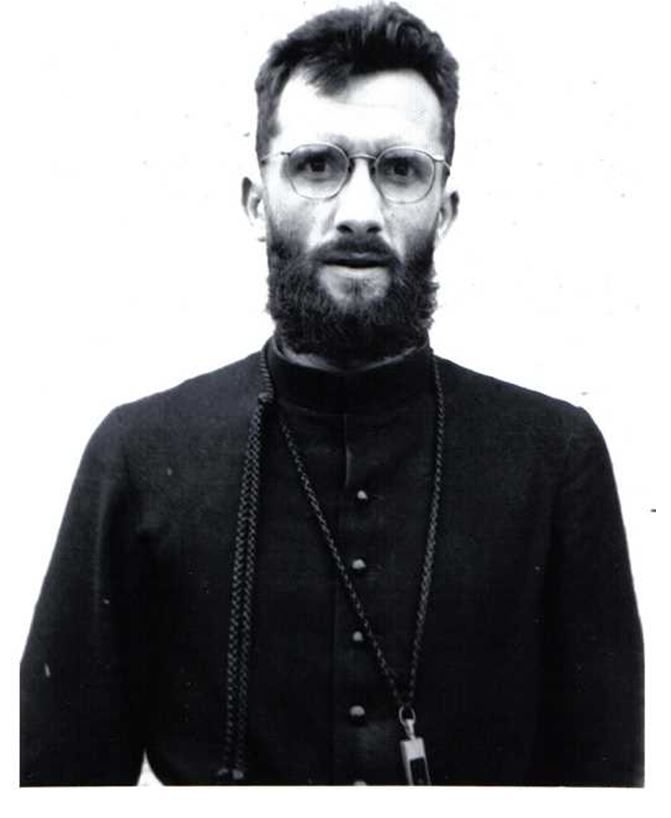 Blessed Michel COQUELET was born on August 18, 1931, in northern France, at Wignehies. He arrived in Laos in 1957.

On or about April 19, 1961, not far from Xieng Khong, Michel was stopped by the guerillas. The soldiers told him: “Your superior wants you to return to Xieng Khouang.” He answered: “That is not true: my superior would have told me otherwise; there are enough persons going to Xieng Khouang and coming back.” Leaving the bicycle behind, the soldiers take him along the old French road toward Ban Sop Xieng. A little away from the road, they tell him to dig his grave. Michel throws the shovel aside. He would die standing up, fearless, for Christ and for the Laotians. His parishioners could not find his grave; a passerby told them not to look any more: his executioners came back and threw his body in the river. At the same time, the house-chapel of Sam Tôm was ransacked and destroyed by another detachment. Then it was the turn of Phôn Pheng; the village chief, a Christian, and his secretary were beaten, bound and led through the village and then shot, like the Father, on the edge of the road. 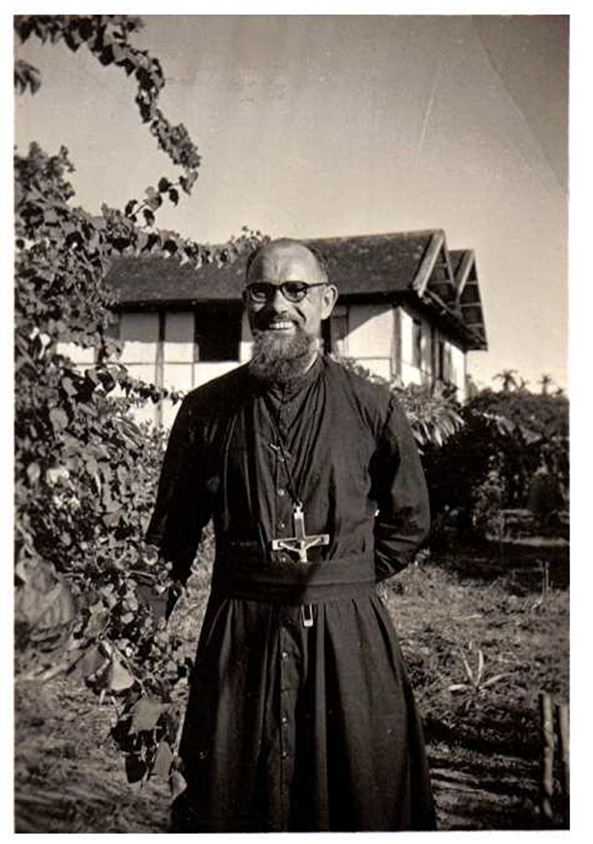 Blessed Vincent L’HÉNORET was born on March 12, 1921, at Pont l’Abbé, France. For his studies in philosophy and theology, he was sent to La Brosse-Montceaux in Île-de-France. There, he personally saw the drama of July 24, 1944: the summary execution of five Oblates of his community by Nazi German soldiers. He and his confreres were deported to a prison camp at Compiègne; but they would be liberated shortly thereafter, at the beginning of September, by the advancing allies. After his ordination in 1947, he received his obedience to Laos.

On Thursday morning, May 11, 1961, he was seen leaving Na Thoum by bicycle at seven in the morning, as he had announced to his parishioners. A little later, between Ban Na Thoum and Ban Faï (, he was stopped by three men wearing guerilla uniforms. A peasant woman who was working in her field was witness to the first part of the scene: the Father brought out a paper, his pass, undoubtedly. That seemed to satisfy the soldiers, because the Father got on his bicycle again and took to the road. The peasant woman did not see what followed, but a little later, she heard some shots: she barely paid attention because that had become common. Nevertheless, as she returned to the village, she found the bicycle and then saw a body barely covered in a trench. Terrified, she did not dare say or do anything for the moment. The next day, a little group of villagers went to the site. At about 1500 meters from the village, the saw a large pool of blood on the road and discovered the body of the Father which had been carried to ditch farther into the forest. Frightened, they just covered it with a little earth and branches. On Saturday, they went to get Father Khamphanh, and with him proceeded to give a dignified but quick burial, without dawdling because all remained aware of the danger. A cross was placed on the grave. 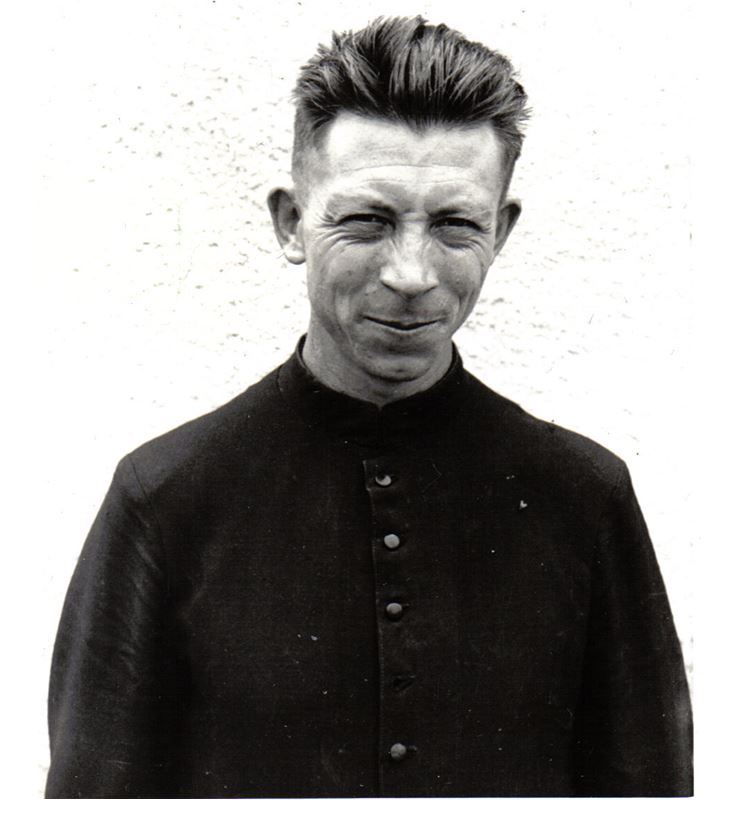 Blessed Jean WAUTHIER was born on March 22, 1926, in the North of France, in the little town of Fourmies. Upon his arrival in Laos on October 26, 1952, he was immediately sent to serve at the mission among the poorest, the Kmhmu’.

On the night of December 16 – 17, 1967, Jean Wauthier was killed at close range. He had come to spend two nights in the tiny village of Ban Na, catechumens for about three years, in a region near the Plain of Jars. At 800 meters from there was a small military post on a hill. Those who sought his life feigned a guerrilla attack.

At once he was up, knapsack on his back — because in this region permanently at war, one had to be always ready to run for the forest. He gathered the two children who were staying with him and a couple of catechumens and went down with them to a flowing stream at 200 or 300 meters below the village. He sheltered them in a gully in the ground and reassured them: “Do not move, do not be afraid, pray,” he told them.

He moved away to assess the situation and took a few steps while reciting the rosary. The children hear “Kill the Father.” A shot rang out. Hit at the the base of the neck, Jean Wauthier begged his attackers hidden behind a small hedge, “Why do you shoot me? Stop! I am really hurt.” “Stop talking!” was the reply. And the shooting resumed. Shot three times in the chest, he collapsed. The children ran away, terrified. Father Jean Wauthier has given his life so that the Gospel might bear fruit in Laos.

Jean’s body was taken to Vientiane. He rests in Laotian earth, in the Catholic cemetery of the town. 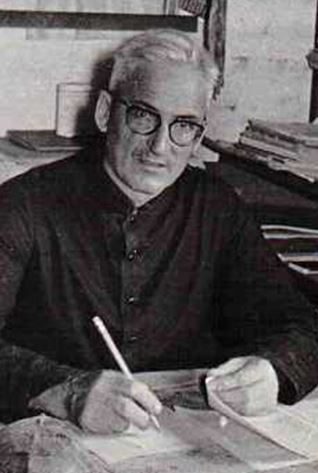 Blessed Joseph BOISSEL was born December 20, 1909 in the marches of Brittany (France), in the hamlet of La Tiolais, outside the town of Loroux. He arrived in Laos in 1938.

In March 1945, the Japanese hit Laos. On June 1, Joseph Boissel was captured with his companion Father Vincent Le Calvez, and the Apostolic Prefect, Mons. Jean Mazoyer, OMI. All three were taken to Vinh, Vietnam, where they were held among a hostile population. Back in Laos in 1946, Joseph again found his Tran Ninh and contact with the Hmong.

On Saturday, July 5, 1969, he decided to go to Hat I-Êt, a village of Kmhmu’ refugees a good 20 kilometers from Paksane, going up along the River Nam San. Because of the lack of security, that year he was unable to go there for ministry for several months. The catechist André Van was there and he needed to know that he was supported.

Setting out around four in the afternoon, he took two young Laotian Oblate Missionaries with him; as usual, they were to help him with the visits, the care of the sick and the religious service.

The following is told by one of the two passengers, the only survivor able to do so:

Two or three kilometers before arriving at the village, at a bend in the road, I heard a burst of gunfire aimed at us. The tires blew out and I was hit in the hand. I saw a red flag moving in the forest bordering our route. A second burst of gunfire and Thérèse was hit in the head; since I am smaller, the bullets did not hit me. The firing came from the left, on the driver’s side.

Father Boissel was hit in the head – near the mouth and in the skull. The jeep went into a ditch, turned over on us and burst into flames. Father’s glasses were broken; he died on the spot… His big eyes were open. All three of us were completely covered with blood.

Father Boissel was dead; Thérèse was unconscious. I was in a huge daze… not moving… like dead. But I saw three young Vietnamese soldiers going around the vehicle three times. He said: “Let’s kill them!” – “Let’s burn the vehicle and its occupants!” They moved away and threw a grenade at the car. The grenade exploded – it was the explosions that caused our injuries. I said, “O Lord!” but veil of darkness came over me…

I don’t know how long we stayed like that in the car. But Thérèse came to first. She pushed me to get out… The grenade had deafened us… It was difficult for us to communicate, to understand one another… Both of us prayed to the Lord: “If you still need us… send someone to help us.” We went to sleep along the road. I put my hand on Thérèse’s heart and she put hers on my heart: united in suffering.

Oh, we had to wait a long time, from 4:30 until about 9:30. Finally some people arrived to pick us up. Father’s body had been burned to the point that his face was totally unrecognizable. Thérèse, hit in the head, remained mentally handicapped as a result of the attack. She really has no happiness in living.