In the year of the 200th anniversary of the Missionary Oblates of Mary Immaculate and the Year of Mercy, Assumption Province’s media ministry, Catholic Family Radio, undertook the initiative to organize the Canadian premier of the Oratorio Persecuted for the Faith because of My Name, which took place on October 23, 2016, at the Living Arts Center in Mississauga. The mission of this event was to make our society aware of Christian prosecution in different parts of the world, especially in the Middle East. 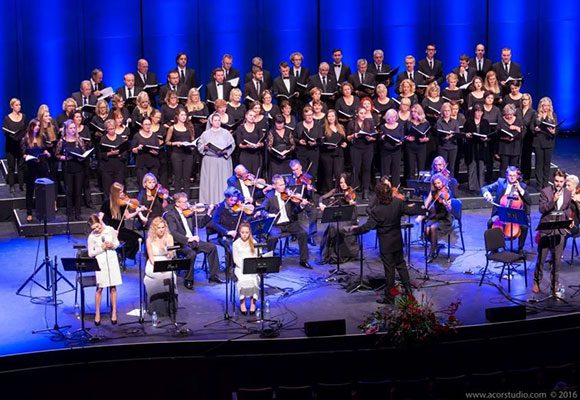 In the twentieth century, 45 million Christians were martyred. In recent years, worldwide, 105-170 thousand Christians have been killed for their faith in Christ. Christians are persecuted and live in mortal danger in more than 50 countries and in 70 countries around the world, faith in restricted. A portion of the proceeds from the concerts will go towards the needs of the church in Syria and Iraq. 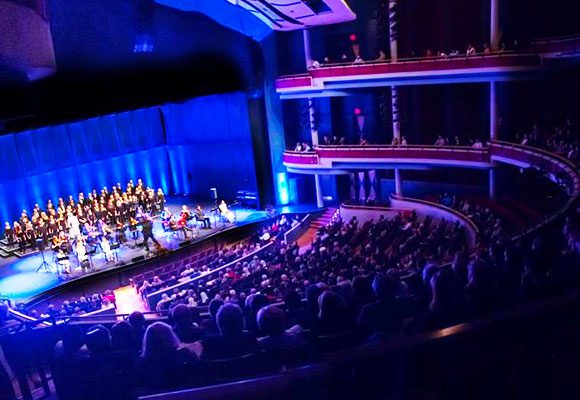 This Oratorio is the latest composition of Piotr Rubik and lyricist Zbigniew Ksiazek and was composed at a request of the Aid to the Church in Need, a Catholic charity under the guidance of the Holy Father, dedicated to Christians that were martyred in the twentieth century. Because Of My Name had premiered in Kielce, Poland on June 26, 2016, and was followed with a performance on July 29, 2016 during World Youth Day in Krakow. It was enthusiastically received by the youth in attendance. Lyrics and narration were inspired by homilies and speeches made by Fr. Jerzy Popieluszko in the years proceeding his murder in October of 1984.

The songs performed in the Oratorio consist of deep reflections on the persecution of Christians. The concert started off with a composition defining “good” and what it means to each of us. The program then moved through the topics of prayer, war, and peace.

The second part of the concert focused on the killing of Christians and on evil in the world, ending with a prayer to Mary asking her to save our world and stop these murders. Short excerpts from Fr. Popieluszko’s letters, journals and homilies were read between sections of the performance, leaving the audience in awe. Everyone in attendance responded with great enthusiasm and at the end of the concert thanked Mr. Rubik, along with the performers, with a long-standing ovation. (Ania Olejniczak in Assumption Province News and Views, November 2016)