By Jessica Trygstad, Originally Published by The Catholic Spirit 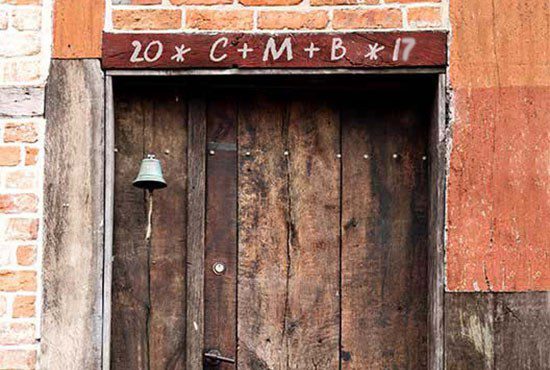 Cindy Pasiuk’s home on St. Paul’s east side has seen many visitors in 64 years. And upon entering, they’ve all walked under a phrase written in chalk above the doorway that changes slightly each year. In 1953 when her parents built the home after her brother was born, the phrase read: “19 + C + M + B + 53.”

This year, it will read “20 + C + M + B + 17” — the “20” signifying the millennium and century; the letters standing for the traditional names of the three wise men, Caspar, Melchior and Balthasar; and the “17” standing for the decade and year. The initials also are believed to stand for “Christus mansionem benedicat,” Latin for “Christ bless this house.” The crosses in between signify Christ. 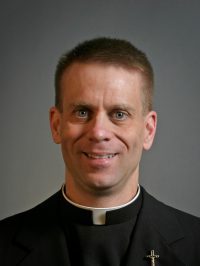 Pasiuk, 67, is a lifelong parishioner of St. Casimir, just two blocks from her home. She said the parish has participated in the Epiphany tradition of chalking doorways since its founding 124 years ago. Originally written in people’s homes, and usually by a priest, the sequence of numbers and letters is meant to remind them of the magi’s journey to visit the Christ child and also extend a blessing to the home’s visitors.

“The kids enjoy it, and the families enjoy it,” Pasiuk said of the tradition. “It’s a religious activity that means something, and they understand because it’s being done in the church.”

At St. Casimir’s Mass Jan. 7, Father Michael Powell will mark the lintel of the main church door in the vestibule with “20 + C + M + B + 17.” During Mass Jan. 8, the feast of the Epiphany, he will do the same to the church’s side doors. After the Masses, people may pick up bags containing the blessed chalk, incense, holy water and prayers to take home to perform the ritual.