Interview with Fr. Jim Brobst, OMI  by Will Shaw 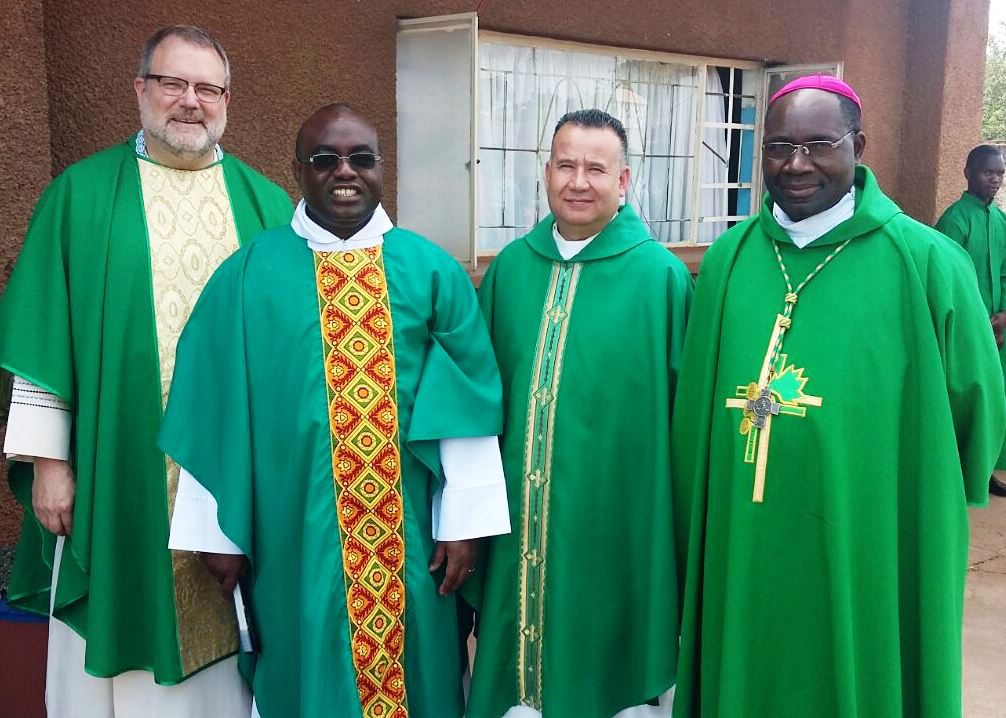 Two U.S. Oblates spent the better part of last November with the Oblate Delegation in Zambia to participate in the consultation for new leadership.

The Oblate Delegation in Zambia was founded by U.S. Oblates in 1984. Starting from almost scratch, the delegation now has nearly 40 native-born priests and brothers, two Oblate Bishops, and dozens more in formation with missions all over western Zambia.

Fr. Brobst described the consultation process like this:  “We do two things: we have a straw ballot and we also have a conversation with folks. Since they’re a delegation, they are still part of our province, so their leadership is governed by the U.S. Province.”In our conversations, there were three basic questions: What are the greatest needs of the delegation at this time? What are the talents needed to lead? Who are the people who can bring those talents to the table?”  In order to consult with as many of the members as possible, Fathers Brobst and Ponce held meetings in three different areas of the country and spoke with others by phone or Skype in order to get the participation of nearly the entire delegation.

The various elements of the discernment, the meetings, straw votes, and receiving and discussing recommendations took nearly three weeks and resulted in new leadership just announced in early January of 2017. 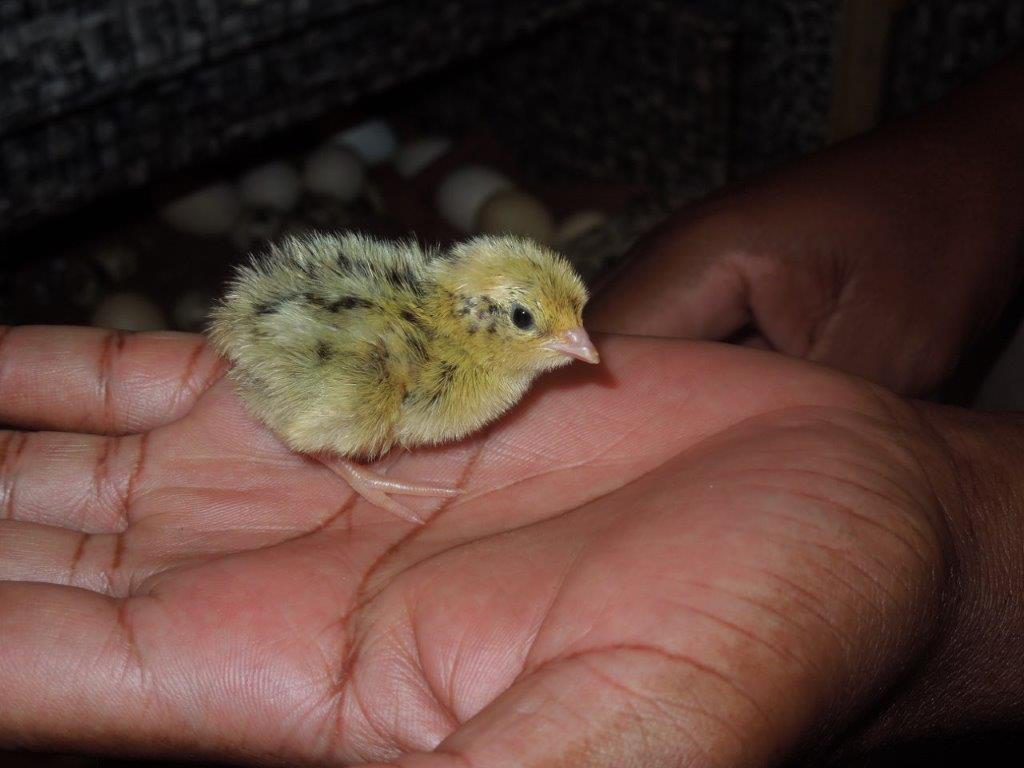 Some examples of smaller projects are those begun by Fr. Chishimba Chibesa, OMI, pastor of St. Michael’s Parish in Kalabo. One is raising chickens, another is raising and selling quail, and another is raising goats. The eggs, meat and milk from the livestock, as well as the animals themselves are sold to raise funds for the mission. The livestock also provide food for the Oblates.

Another project of Fr. Chibesa’s is the cultivation of rice on property donated by a parishioner. Again, the harvests will be sold to raise funds to support the parish and its missions. 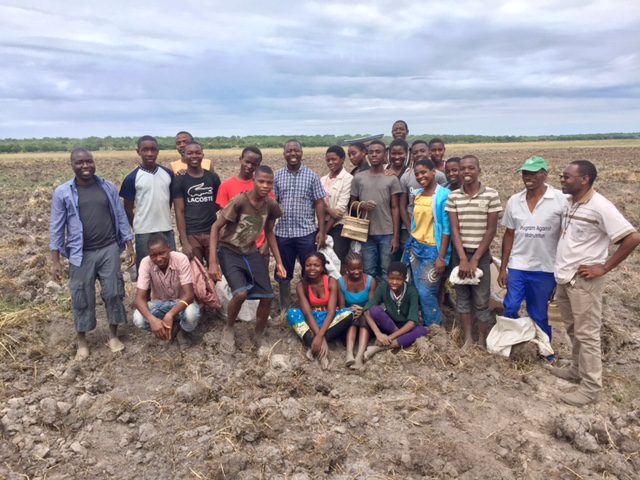 Fr. Chishimba (on right) with the young people from his parish who will soon be cultivating rice in this field.

Back at the Oblate headquarters in Lusaka, larger projects designed to support the entire delegation are in process. Fr. Brobst described some of them: “The biggest one that’s most obvious is a large office building they’ve constructed which is a high-quality new building. It is meant to be rented which will produce income to support the entire delegation. I’ve heard they have a lot of people wanting to rent space and it isn’t even done yet.” 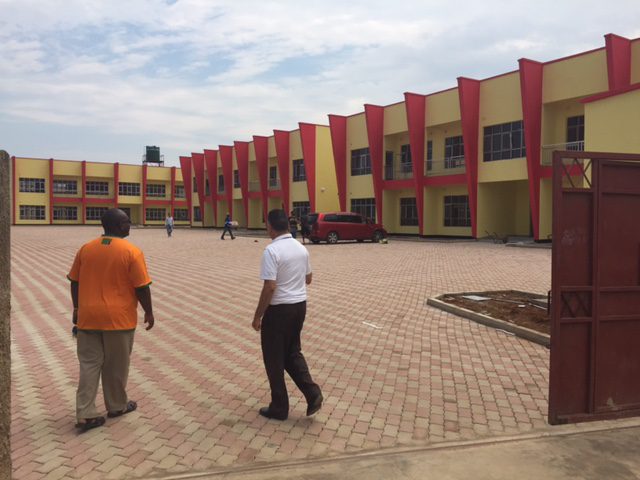 He went on to describe others: an auto shop on the Oblate grounds which not only services Oblate vehicles, but produces income by repairing cars and trucks for outside customers as well; a former dormitory for Oblate scholastics that is now rented to the nursing school of a local hospital for student housing; a library which is being rented to a local Catholic university for classroom use, and there’s even a commercial printing shop on the property which serves the needs of the Oblates and customers from the local business community.

Summarizing, Fr. Brobst said, “Some are more lucrative than others but these are just some of the things they are doing to try and create self-sustainability.” In addition to raising funds, Fr. Brobst says the Zambian Oblates are also looking for ways to bring ministry into these fund-raising projects: “They want to have things that produce income that are also related to their ministry. If you’re a missionary and you spend your time on a project, you want to see an impact on people’s lives that’s related to the faith.” 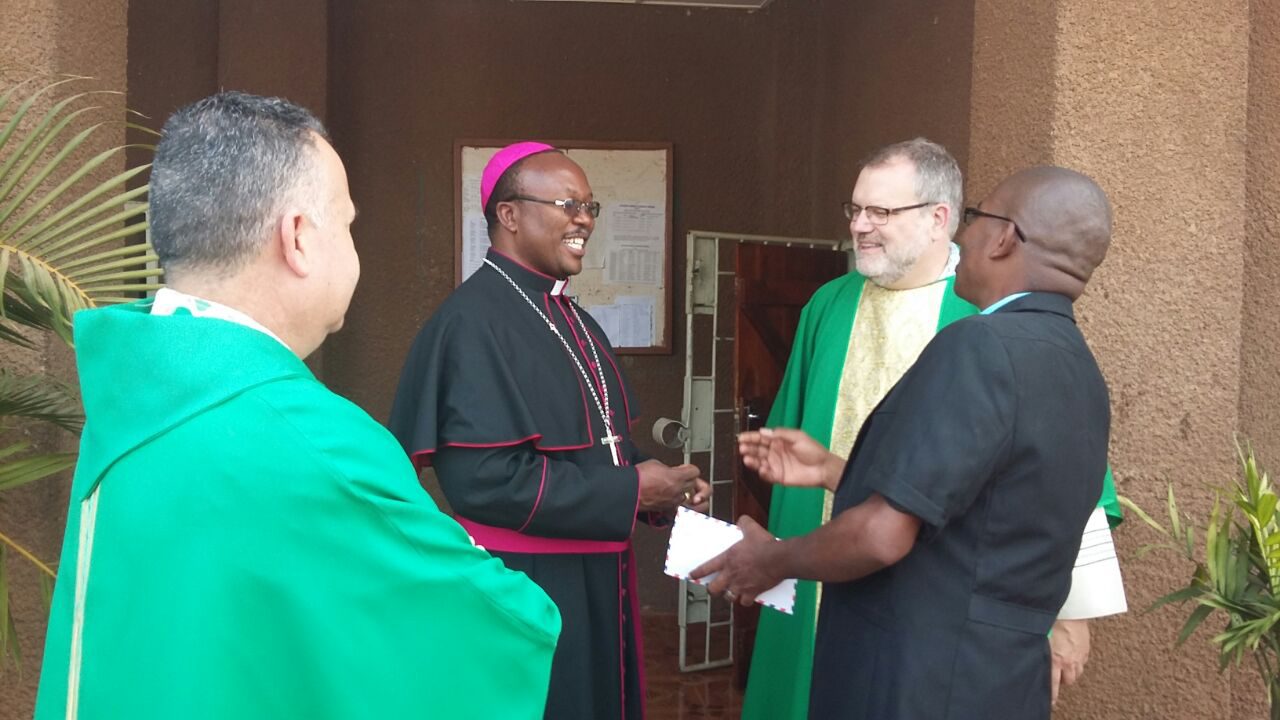 In addition to the consultation and self-sustainability projects, they visited with Oblates in the various missions in western Zambia. According to Fr. Brobst, “It’s always good for us from the United States to see what’s there and to meet the people there, because they’re really part of our province. Even if they become their own province in the future, they still have that history of foundation from us and maintaining that relationship is essential.”

Fr. Jim Brobst has visited Zambia three times: first in 1990, again in 2006 and most recently in November, 2016. He’s witnessed remarkable progress with each visit. Paved roads have appeared where none existed. There are many more cars on the road now along with several U.S. – style shopping malls. Though he still expressed concern about the income inequality and wondered how many Zambians can actually afford to shop there: “Many of the people are still quite poor and maybe it’s only a small number of government workers and contractors from other countries who can afford to go there. Those are some of the social challenges you see.”

Finally, on a personal level, he was gratified to see many of the young men he had worked with in formation here in the states, who are now ordained priests involved in leadership and in ministry: “As an old Formator, to see your students doing well, see how they’ve progressed, what challenges they’ve faced, that’s a cool thing – that’s a very cool thing.”