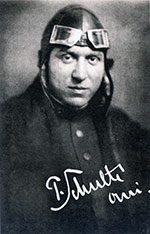 Oblate Connections, a revue of the Oblates’ Anglo-Irish Province, published an article about the origin of MIVA (Missionary Vehicle Association) founded exactly 90 years ago, in 1927, by the late Fr. Paul SCHULTE (1896-1975). What follows are excerpts from that article, written by Theresa Codd of SURVIVE-MIVA, located in Liverpool, England.

A German Oblate priest, Fr. Paul Schulte O.M.I. (1896-1975), who became known as ‘The Flying Priest’, has the honour of being the first person to celebrate Mass in the air! This first aerial Mass … took place on 6th May 1936 onboard the giant Zeppelin airship LZ 129 Hindenburg…

Fr. Schulte’s life was full of adventure and reads like a story from the Boys’ Own magazine! He was training for the priesthood when World War I started and he was conscripted to serve in the Prussian 4th Guard Grenadier Regiment. After two and a half years in this regiment he was wounded and, after recovering from his injuries, he joined the Air Force, trained as a pilot, and served in Palestine. After the war Fr. Schulte returned to his studies and was ordained an Oblate Priest in 1922. His first posting was to South Africa. 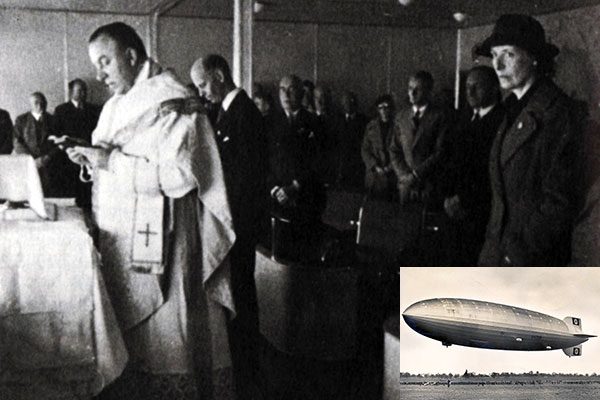 n 1925 a tragic event inspired Fr. Schulte to found an organisation that is still in operation today, namely MIVA, which stands for ‘Missionalium Vehiculorum Associatio’ (Missionary Vehicle Association). It was in June of 1925, in Namibia, that a childhood friend of Fr. Schulte, Fr. Otto FUHRMANN, became ill with pneumonia complicated by malaria. In an attempt to get medical treatment Fr. Fuhrmann travelled for five days, passing through the desert, until he finally reached the hospital of the Protestant Finnish mission in Owamboland. However, the delay in getting treatment was fatal and Fr. Fuhrmann died on 23rd June. The loss of his friend, when swift transport to a medical facility could have saved him, led Fr. Schulte to found MIVA in 1927 with the aim of providing modern vehicles for missionaries, especially in Africa, Asia and Latin America. The motto of the organisation was Obviam Christo terra marique et in aera (“Toward Christ by land and sea and in the air”). 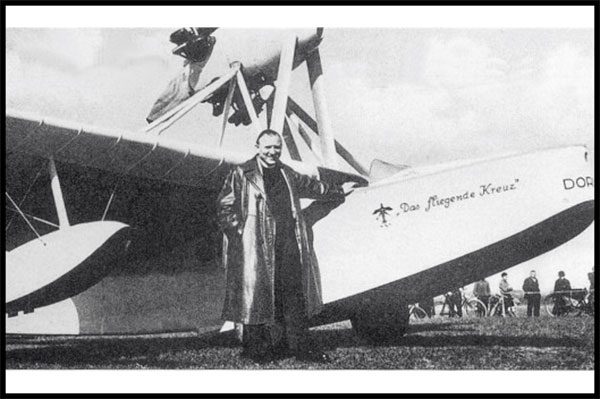 To get his scheme off the ground Fr. Schulte needed to gather support and funds and he received permission to return to Germany to promote his cause. On his way home he visited Pope Pius XI who approved his plans. …

Fr. Schulte was next assigned to a parish in Northern Canada and he set about bringing medical aid and supplies by plane to remote Oblate missions, particularly north of the Arctic Circle. In 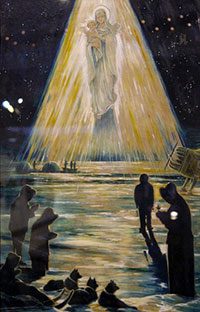 August 1938, hearing that fellow Oblate, Fr. Julien Cochard, who was based in Arctic Bay, the most northerly Catholic mission in the world, was seriously ill with double pneumonia he mounted a 2,200 mile medical evacuation. In his Stinson Reliant floatplane Fr. Schulte flew through storm force winds and thick fog in order to rescue Fr. Cochard, and received a special blessing from Pope Pius XI for his services. Fr. Schulte attributed the success of this heroic mercy flight to Our Lady of the Snows and, according to Fr. Peter MINWEGEN’S (†1977) memoir “when he was afraid of an imminent crash during a snowstorm he promised our Lady to spread her devotion under that title if she came to his aid and saved him in this emergency.”

After his time in Canada Fr. Schulte was transferred to St. Henry’s Seminary in Belleville, Illinois where, during World War II, because he was German, he came under suspicion of being a spy and the authorities ordered him not to travel but to remain in Belleville, where he was kept under F.B.I. surveillance. Fr. Schulte now set about spreading devotion to Our Lady of the Snows and, in the early 1940s, he commissioned the artist John Watson Davis (1870-1959) to paint a picture of Our Lady under this title. The painting, which now hangs in the North American National Shrine of Our Lady of the Snows in Belleville, run by the Oblates of Mary Immaculate, depicts a missionary and an aeroplane on a sick call to an Inuit mission with Our Lady appearing surrounded by rays of the Northern Lights.

After the war, Fr. Schulte continued his work for MIVA until his death in Swakopmund, Namibia, in 1975. He is buried beside his boyhood friend, Father Otto Fuhrmann. Today Fr. Schulte’s foundation, MIVA, continues to support the Church’s mission of spreading the Good News, through the provision of essential transport. There are ‘MIVAs’ in Austria, the Netherlands, Switzerland, Poland, Slovenia, Slovakia, Croatia, and in Great Britain (SURVIVE-MIVA). SURVIVE-MIVA was founded in 1974 and has funded over 5,000 modes of transport over the last 42 years, thanks to the generosity of the Association’s supporters. In 2015 alone the charity supplied 82 modes of transport (15 community health outreach vehicles, 37 motorbikes/ mopeds, and 30 bicycles) to 10 countries. (www.survive-miva.org)