The Global Foundation http://globalfoundation.org.au/ethical-and-effective-global-governance gathered for its Roman Roundtable 2017 on January 14th and 15th and convened participants from the business and investment community, religious leaders, civic institutions, academia and civil society to evaluate responses and  measure progress on  United Nations’ Sustainable Development Goals. 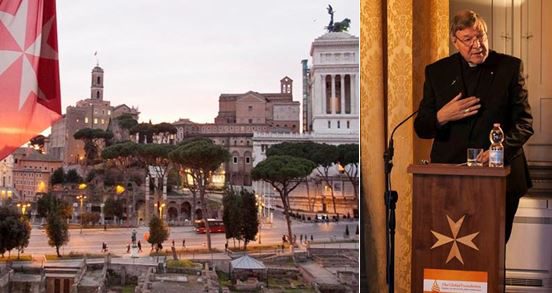 Cardinal George Pell addresses the group at the meeting held at the Villa Magistrate, Order of Malta on the Aventine Hill in Rome

The fifty invited participants were asked to report on progress since the last round table and to discuss additional commitments and actions that they would undertake during the coming year. The Vatican Radio report on the event including the address of Pope Francis to the participants is found here: http://en.radiovaticana.va/news/2017/01/14/pope_francis_put_the_human_person_at_centre_of_economy/1285629

My comments were focused on the numerous challenges and debates that have taken place over the last century about development. The UN sponsored decades of development that focused on different dimensions of the topic and how they might be appropriately addressed and then the encyclical letter, “Populorum Progressio” (On the Development of Peoples), of Pope Paul VI, in 1967 built on the teaching of the Catholics tradition and the Second Vatican Council on the issues. This encyclical remains as a foundational point of reference for church.so understanding of development especially with the introduction and definition of the concept of “integral human development”. More recently through the United Nations process the Millennium Development Goals were adopted as a benchmark and guide for action in countries and communities across the world.

The adoption of the 17 Sustainable Development Goals by the General Assembly in 2015 has set a clear agenda for work of developments until 2030. In our panel presentation my colleagues, Mark Cutefani, CEO, Anglo American and Archbishop Thabo Makgoba, Anglican Archbishop of Cape town reported on the collaborative multistakeholder project that has been organized by the Mining and Faiths Reflection Initiative to address development issues in mine site communities at local and regional levels. 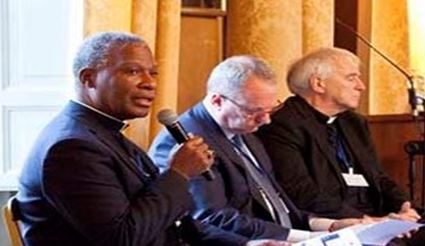 We emphasized the importance of the basic building blocks of listening, acknowledging mistakes and forgiveness, building trust through conversation and debate and accepting input from all interests groups in designing projects and implementing programs. This approach demands patience and commitment and a collaborative spirit among the representatives of the various interest groups at the table.

From the investor and shareholder perspective in particular this demands a willingness to integrate social and environmental priorities into one’s investment philosophy and reject a singular emphasis on short term financial profits. For the faith based investor it also means taking seriously the teaching of one’s faith tradition and the challenging messages on inclusivity, dialogue and inequality of leaders like Pope Francis.