(CLICK HERE If you would like to see the story by Fr. Warren Brown, OMI that ran last week)

he Kusenberger Chair of Oblate Studies, the first endowed teaching chair dedicated to spreading knowledge of the Missionary Oblates of Mary Immaculate charism, was officially inaugurated on Saturday, Jan. 21, 2017, at the Oblate General House in Rome. Oblates and all others who are interested will now have an opportunity to specialize on the history, charism and the spirituality of the Congregation. 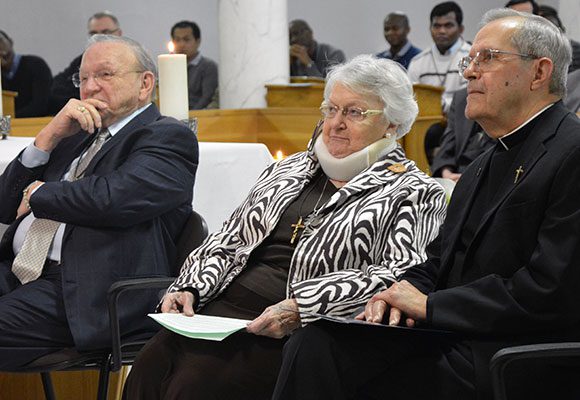 The Oblate School of Theology (OST) in San Antonio, Texas, will initiate this new venture and Fr. Frank SANTUCCI, Professor at OST will be the first holder of the chair. The establishment of the teaching chair was made possible by a generous gift to the School by Deacon Robert and Ruth Kusenberger, both honorary Oblates of Mary Immaculate and longtime friends of the Oblates. 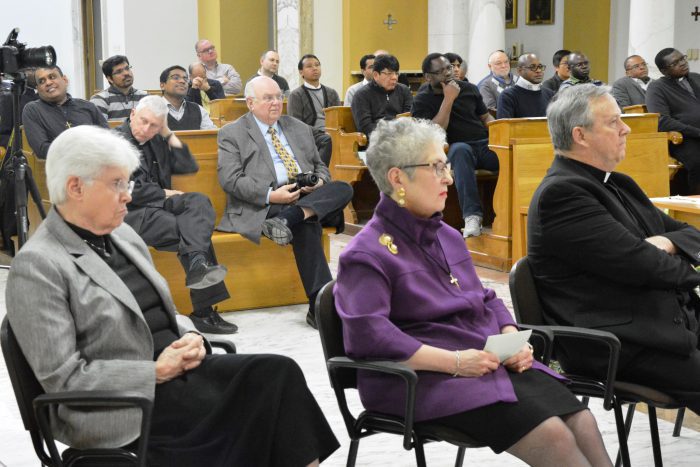 The Kusenbergers attended the inauguration along with Fr. David KALERT, Vice President for Administration at OST; Fr. William MORELL, past president of OST; Fr. Henricus ASODO, representing the Aix community and several other invited guests from the United States.

Fr. Warren BROWN, General Councillor for the United States and Canada, spoke briefly on the significance of the chair’s establishment. Then there were three short talks by Frs. Fabio CIARDI, the Director of the General Service of Oblate Studies; Fr. Paolo ARCHIATI, Vicar General; and Fr. Cornelius NGOKA, Assistant General. They spoke on the Oblate charism today. 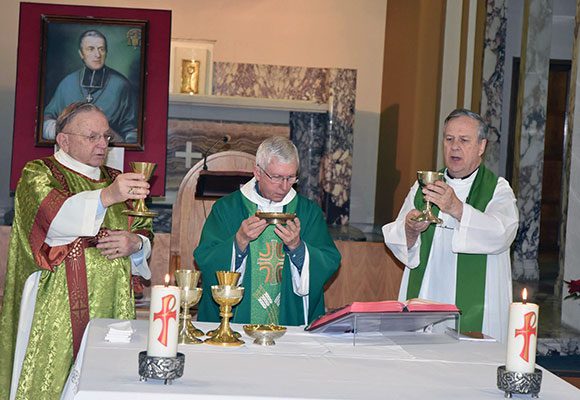 On Sunday, Fr. Santucci gave a short conference on the charism as St. Eugene de Mazenod envisioned it in the first half of the 19thcentury. Fr. Morell presided the Holy Mass marking the conclusion of the Bicentennial of the MissionaryOblates of Mary Immaculate.