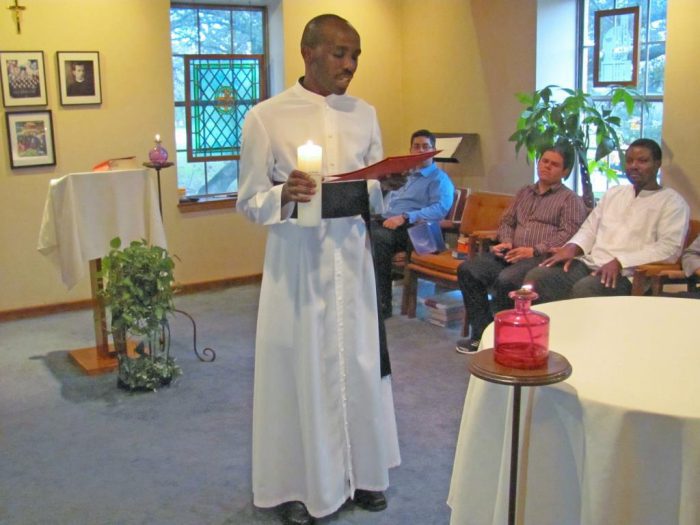 On the Feast of the conversion of the Apostle St. Paul who was a great missionary and preacher of the Church; George Sexton house community witnessed the renewal of vows of Bro. Cosmas Kithinji Kubai, OMI.  The renewal of vows was done during the Eucharistic celebration presided by the Superior Rev. Raul Salas, OMI who also received the vows. In his homily, Rev. Raul Salas, OMI said, “Conversion is about transformation. It is to do the will of God”. Paul was very zealous and focused. His zeal led him to the announcing of the gospel. Rev. Raul Salas, OMI, related the zeal and conversion of St. Paul to that of St. Eugene who was gentle and full of compassion despite his temper. He (Rev. Raul Salas, OMI) reminded Bro. Cosmas Kithinji Kubai, OMI to have the zeal to preach the gospel through the word and example. The superior assured Bro. Cosmas of the support, guidance and the encouragement along his path. 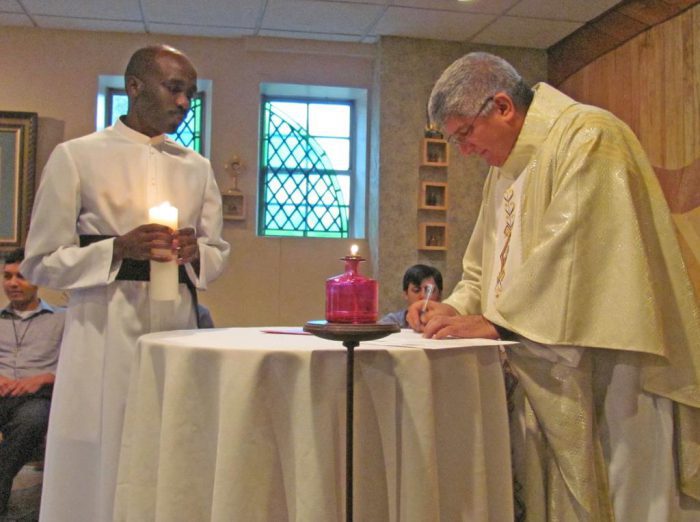 What a joy to the community to see Bro. Cosmas recommit and show his fidelity to the congregation for another year. Bro. Cosmas Kithinji Kubai, OMI is a native of Kenya, Africa. He is in his third year of theology at Oblate School of Theology. 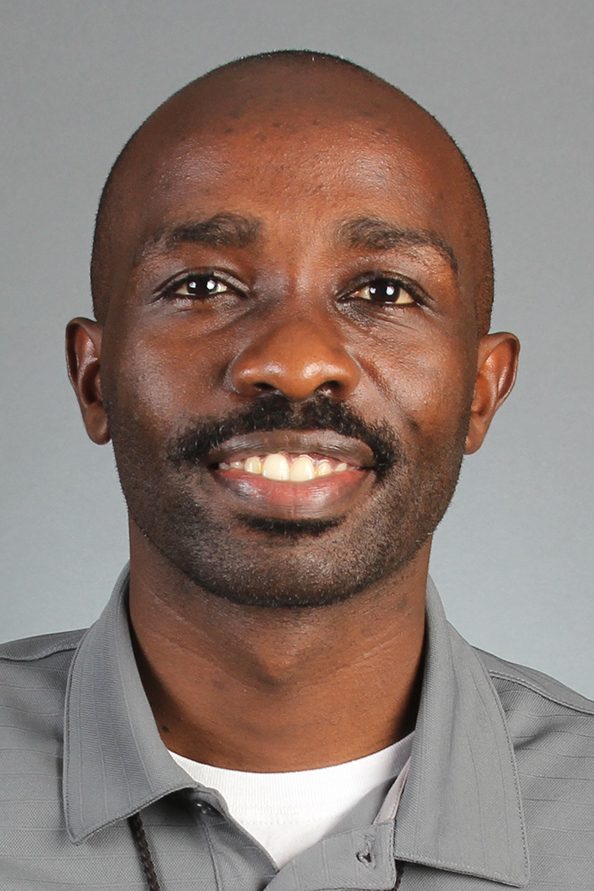 Oblate Scholastic Cosmas Kithinji Kubai has wanted to be a priest ever since he was a young boy.  In fact, his first career goal was to become a “small priest.”

Cosmas grew up on a small farm in Meru, Kenya.  He loved going to Mass with his parents and siblings and was envious of the “small priests” – altar servers.  He watched the altar servers intently, and would then go home and mimic their actions.  When he turned 11 years old, Cosmas was old enough to become a “small priest” and quickly signed up at his parish.

“It was then that I had a chance to talk to priests and seminarians about the priesthood,” said Cosmas.  “It was through these talks and experiences that I was able to find my vocation to the priesthood.”

Young Cosmas was such an enthusiastic “small priest” that the parish priests started letting him accompany them on their trips to outstations, chapels in isolated areas where Mass might only be celebrated once every few months.  These trips to the outstations allowed young Cosmas to see firsthand the impact priests were having on the lives of the poorest and most needy people in Kenya.

After completing his primary school education, Cosmas enrolled in the local minor seminary, St. Pius X, in Nkubu.  There he learned more about vocations and was introduced to the Missionary Oblates.

“After reflecting some time about the Oblates, I decided to apply by writing to the Vocation Director, Fr. Fidele Munkiele, O.M.I.  He shared more about the Oblates and invited me to come and see.  So I did.  I saw, enjoyed and experienced their life, especially community life and prayer life,” said Cosmas.

Cosmas enrolled in the Oblates’ pre-novitiate in Nairobi and later would go to South Africa to continue his studies.  He is currently studying philosophy at the Oblate School of Theology in San Antonio, Texas.

“I am very happy with my decision to join the Oblates and it is my desire to become a foreign missionary, someone who goes out and brings the Good News to people,” said Cosmas.

The “small priest” who helped to bring the Word of God to the isolated poor in Kenya will then have realized his dream of becoming a “big priest,”  an Oblate who is helping to evangelize the world’s poor.