Article and interview by Will Shaw 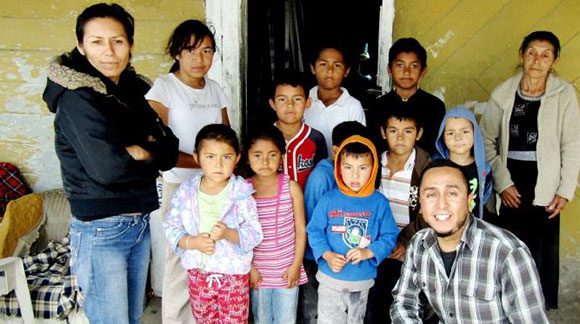 Along with a family from Iglesia San Eugenio de Mazenod, Fr. Jesse Esqueda, OMI is in the lower-right corner

After ordination in 2014, young Oblate Father Jesse Esqueda was assigned to the U.S mission in La Morita, just outside of Tijuana, Mexico.

Founded just 20 years ago by the late Fr. Robert Callahan, OMI, the Iglesia San Eugenio de Mazenod parish now serves some 200,000 people within its boundaries with just three priests and one brother.

In addition to the main parish, they have 15 more chapels spread around the city along with a clinic which offers medical and dental care and a school for special needs children.

People come to Tijuana from all over Mexico looking for work. Several U.S. companies have plants there where the average wage for a 48-hour work week is $60.00. In addition to employment, people come from the south to escape the violence of the drug cartels. In a June 2016 article that appeared on the OMIWORLD website, Fr. Jesse related an example of what families are faced with in southern Mexico:

About two years ago a family (mom, nine siblings and fourteen grandchildren) left their home state of Sinaloa because their father, the primary provider, had been murdered and the rest of the family members were threatened. They left their home, family business and everything they owned and moved to Tijuana. Five of the siblings are deaf; thus, it is almost impossible for them to find employment to support themselves and their children. One of the family members recently died of cancer and the oldest brother is currently fighting leukemia. This family is living in dire poverty and enormous emotional pain. Situations such as this are common within our community. Many families leave their home state due to violence or poverty. They come to this border city seeking a better life. Our parish provides health service, food assistance and spiritual support for the many families who migrate to this city.

Father Jesse visited the offices of the Missionary Association of Mary Immaculate in Belleville, Illinois on February 9, 2017. While there the Oakland, California native sat down for a video interview where he talked more about the mission in Tijuana, it’s challenges and rewards. 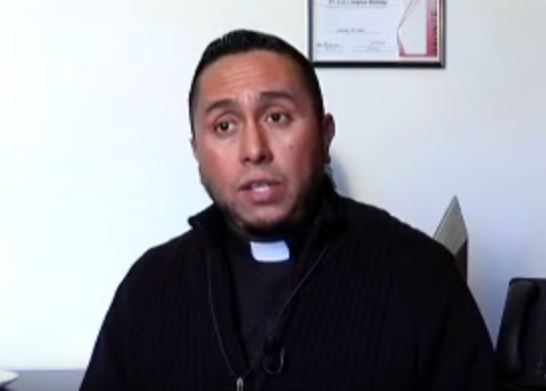