2016 marked the 200th anniversary of the founding of the Missionary Oblates of Mary Immaculate.  This three part article describes the Oblate Pilgrimage to Aix en Provence that occurred in January that year.  Headed by Fr. Frank Santucci, OMI and Fr. David Kalert, OMI, and facilitated by Oblate Associate/Travel Agent, Bob Taylor, a group of thirty-nine pilgrims including Professed Oblates, Oblate Associates, and Oblate Friends pooled together at the San Antonio, Texas airport on January 5th to be followed by a flight change in Atlanta, then on to Paris, France.  Part I of the article describes the Pilgrimage beginning in Paris/Lisieux – the Early Years; Part II: Aix/ Marseilles – the Life and Ministry of St. Eugene; and Part III: Aix en Provence – Oblate Foundation House.  I hope you will get a sense of the camaraderie we pilgrims enjoyed with our brief but intimate insight and heightened appreciation of St. Eugene de Mazenod’s life/ministry and also share in the beauty and grace of this marvelous pilgrimage experience.

Part I: Paris/Lisieux: The Early Years 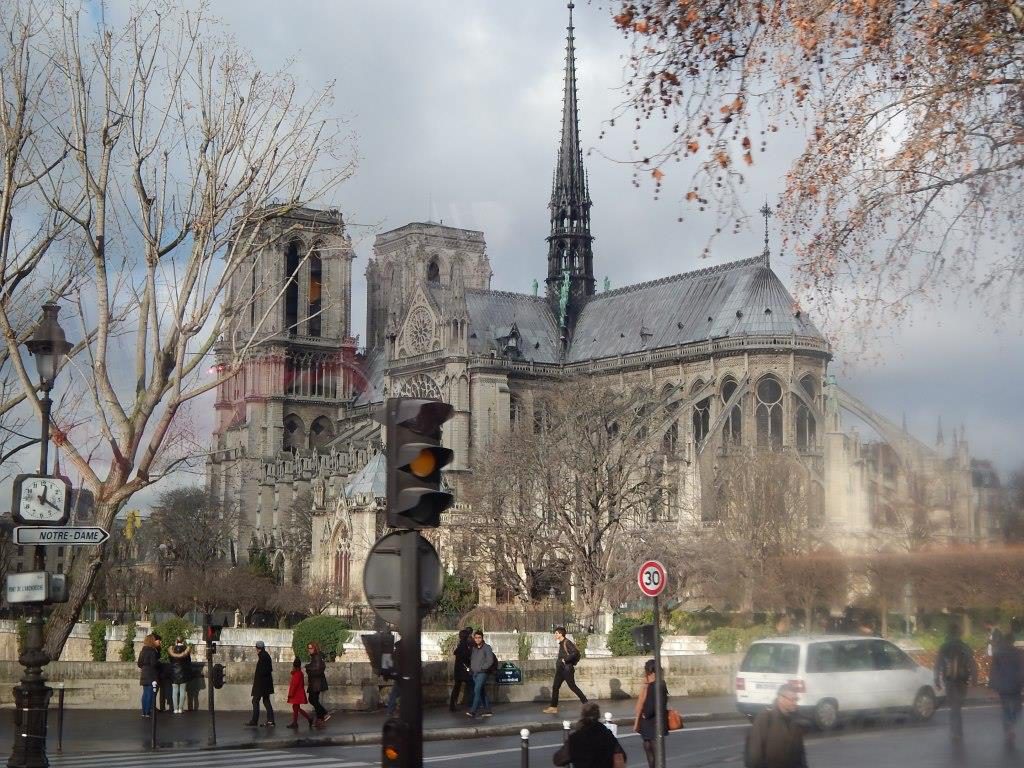 On Tuesday, January 5th, we left San Antonio and via Atlanta arrived the next day at Charles De Gaul Airport in Paris.  That same afternoon we boarded our bus passing by the Arc de Triomphe, Champs-Elysees, Opera House, and Louvre Grounds followed by a required quick photo stop at the Eiffel Tower then a tour of the incomparable Cathedral Notre Dame de Paris.   Our home for the next three nights was the Crowne Plaza Paris Republique.  Directly in front of this beautiful hotel was a plaza made internationally famous through TV coverage by the makeshift memorial to honor the 130 persons killed by terrorists the previous November.  Adjacent to the memorial were about 50 plastic tents housing refugees and emigrants.  It was a cogent contrast and outright paradox for those of us pilgrims committed to serving the poorest of the poor but dining on prime rib and crème brulee while just outside, a few hundred feet away, were refugees huddled in their tents on the cold concrete.  “There but by the grace of God go I”.

Our Oblate pilgrimage technically began the following day with a tour of St. Sulpice.  This Late Baroque church, construction beginning in 1646 and completed in 1745, was the parish church located a few blocks from St. Sulpice seminary where St. Eugene received his priestly formation under the Sulpician Fathers.  This impressive building is built directly on a global meridian line.  Sunlight enters the building through an aperture in the wall and is beamed to an inlaid brass rail on the floor and then tracked throughout the year for about 60’ diagonally in front of the main altar which eventually strikes the top of an obelisk on the opposite wall precisely at Winter Solstice – December 21: an amazing 17th century astronomical tool also used to designate the timing of Easter celebrations.  This religious/scientific monument undoubtedly inspired author Dan Brown to feature St. Sulpice in his famous mystery novel/film De Vinci Code. 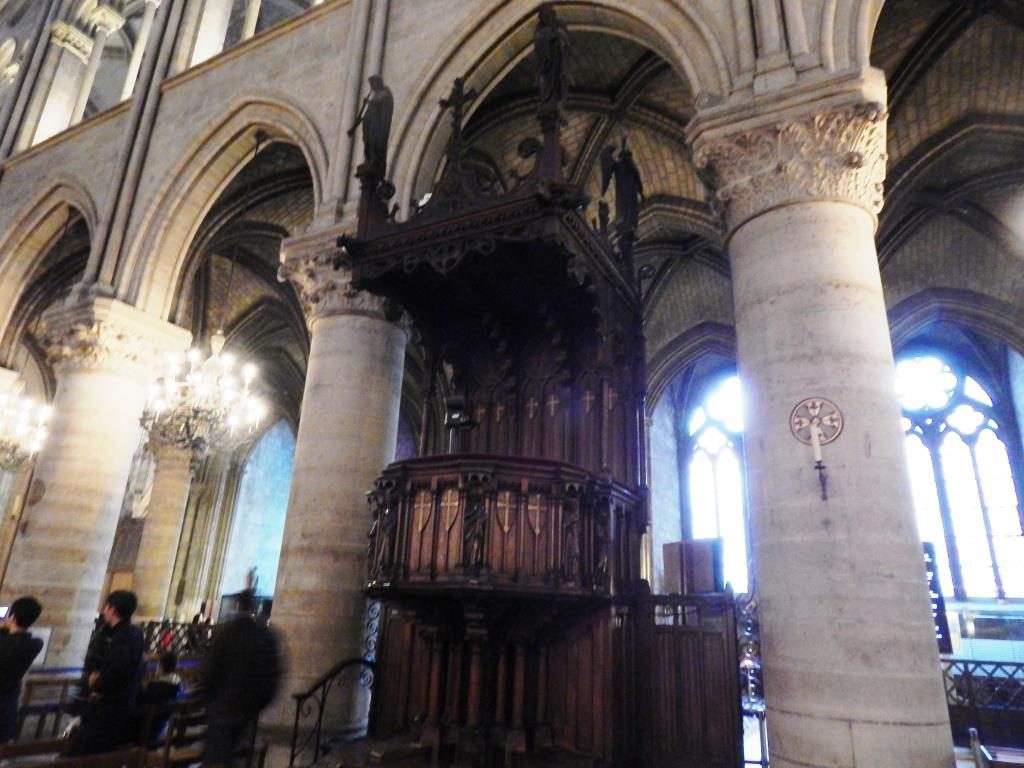 Ordained on December 21, 1811, St. Eugene celebrated his first Mass on Christmas Day.  You can almost visualize him preaching from this magnificent pulpit set midpoint in the nave.  We celebrated Mass in the Chapel of the Assumption and Fr. Santucci talked about St. Eugene’s commitment of dedicating his priesthood to serving the poor and asking his Bishop to not assign him a parish but rather allow him this ministry.  The Sulpician priests were later expelled from their seminary by Napoleon and the young Fr. De Mazenod was appointed director of the seminary for the next year before returning to his childhood home in Aix en Provence. 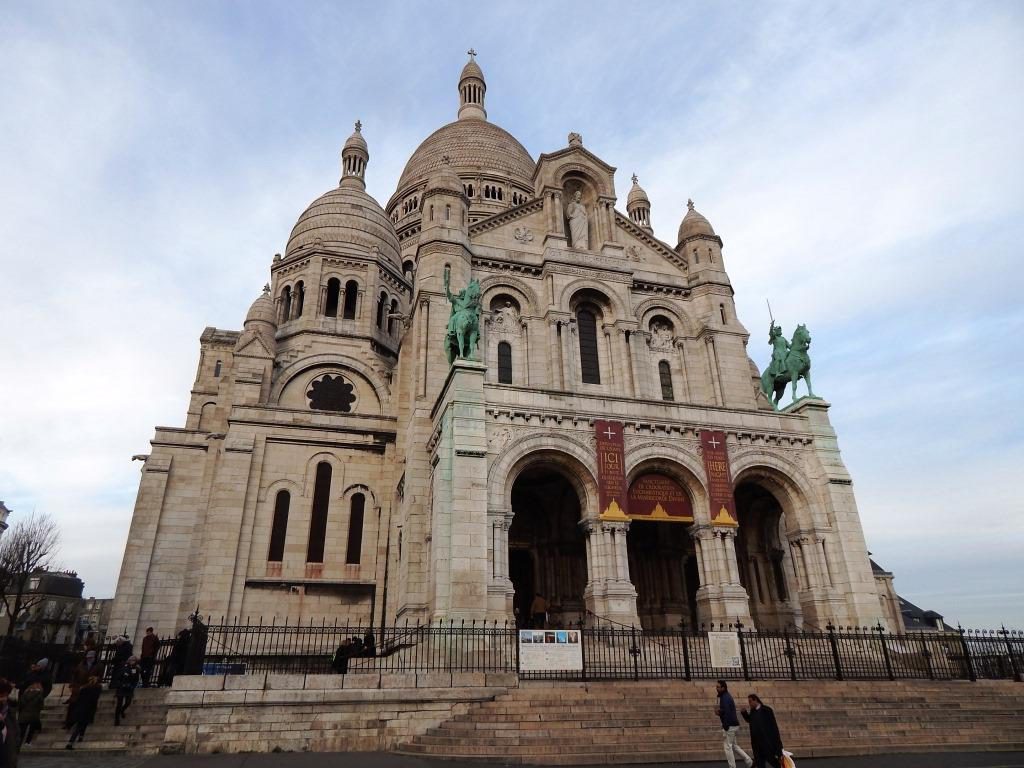 The next major pilgrimage visit was the magnificent glowing white Basilica of Sacre Coeur on a hill overlooking Paris proper.  This is an important pilgrimage site because the remarkable Basilica was built by an Oblate: Cardinal Joseph Guibert, OMI.  Fr. Guibert was ordained by Bishop St. Eugene in 1825 and served as a type of emissary for him in Marseilles.  He later became Bishop of Viviers and Archbishop of Tours and Paris before being appointed Cardinal.  Cardinal Guibert convinced the French government to build a church on Montmartre  – a hill beautifully overlooking the city of Paris but where many very poor Parisians lived.  Historically, it was an ancient site of pagan temples and Druid workshop.  St. Denis, first bishop of Paris, was martyred around 250 AD at this very site and various shrines and churches were erected there over the centuries.  Construction of the church, which originally was to be called Notre Dame de Deliverance then changed to Sacre Coeur in dedication to the Sacred Heart of Jesus, began in 1875 and completed in 1914.  Devotion to the Sacred Heart formed an important part of St. Eugene’s personal devotion and practice along with the Oblates’ prayer ministry today.  Interestingly enough, Adoration of the Blessed Sacrament began during construction of the building, continued uninterrupted all through WWII, and continues this very day.

We then spent a full day’s excursion to Lisieux, a quaint medieval town almost to the French Normandy coast south of Rouen and east of Le Havre.  Lisieux, of course, is the birthplace of St. Therese, The Little Flower.  It was quite fitting that our pilgrimage included St. Therese, a Carmelite nun who died at the age of 24 in 1897, yet was declared not only a Doctor of the Church but the patron saint of all Missionaries.  We toured the house she was raised in, stood in the very bedroom she saw a vision of the Blessed Mother, observed her childhood toys and First Communion dress, and the gardens she worked with her dad.  We celebrated Mass at the Basilica in her name and where her famous glass enclosed tomb is located.  Ironically, her parents, Louis and Zelie Martin, had just been canonized saints themselves and we were privileged during our Mass to actually receive Hosts that were consecrated at their canonization Mass.   After a short hike uphill, we then enjoyed a wonderful lunch at a café in the tiny town.