By Steve Taylor, Originally Published by The Rio Grande Guardian 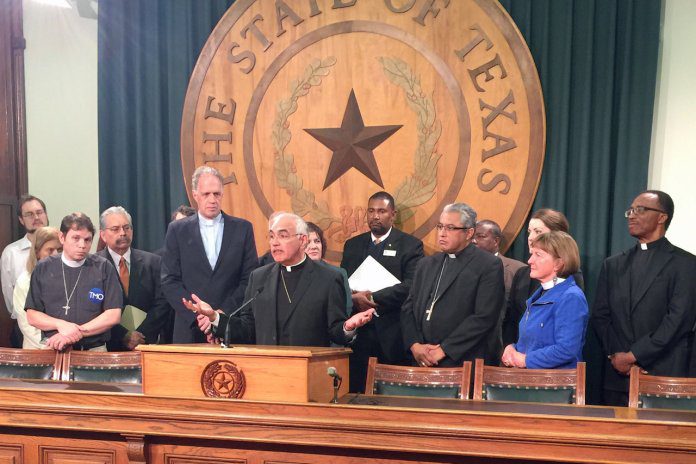 Bishop Joe S. Vásquez of the Diocese of Austin speaks at a news conference at the state Capitol in Austin in opposition to Senate Bill 4. 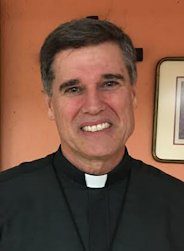 Traditionally, police officers do not ask the immigration status of a person they pull over for speeding or having defective lights on their car. However, that could change under Senate Bill 4, legislation authored by state Sen. Charles Perry of Lubbock. The legislation has been made a priority by Gov. Greg Abbott.

Collins said he can see many unintended consequences if SB 4 becomes law. “Communities will not trust the police. There could be more extortion. What are you going to do about it? You cannot go to the police,” Collins said, explaining his fear that organized crime will become more powerful if community policing is diminished.

Collins’ remarks echo that of many police chiefs. In previous legislative sessions, many police chiefs and sheriffs have testified that they do not want their officers or deputies having to double up as ICE agents. They say it weakens community policing because undocumented immigrants will not come forward when they see a crime being committed, for fear of deportation.

Before becoming a priest in Brownsville, Collins held a similar post in the east end of Houston. His congregation included a large number of immigrants, many from Central America. “In Houston, the local police department worked so hard to build up trust in the community,” Collins said.