CLICK HERE to see Part 1 of this series: “Paris/Lisieux the Early Years” 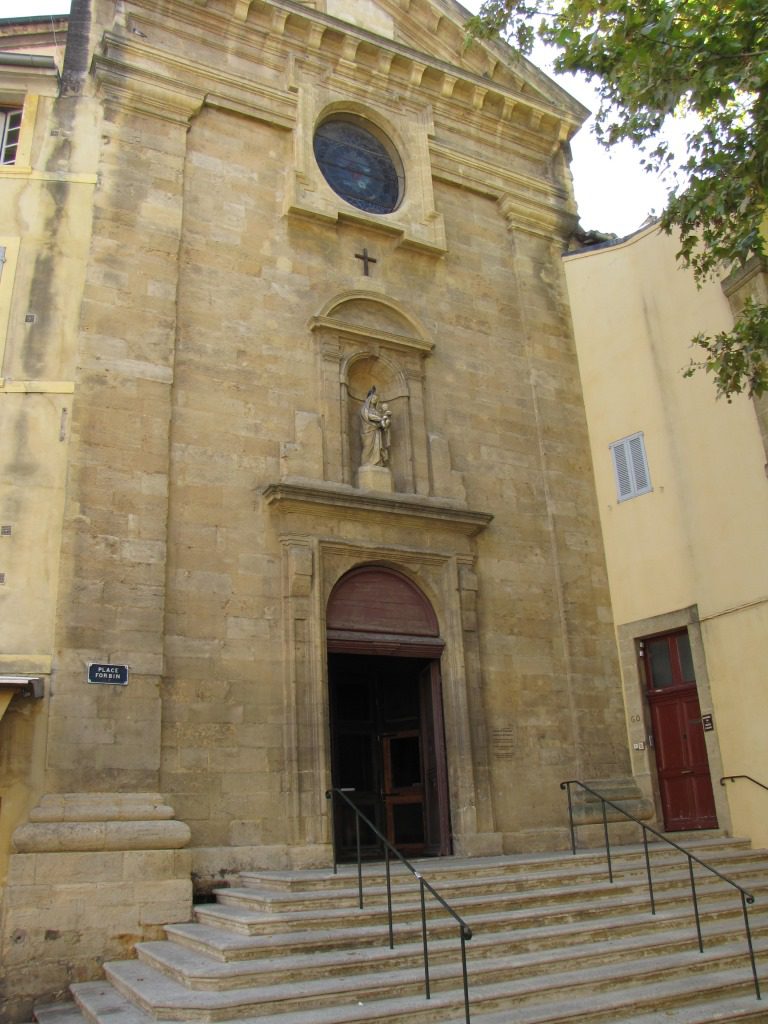 Returning from Lisieux to Paris, we prepared to leave the morning of Saturday, the 9th, for Aix en Provence.  Boarding our bus at the Gare du Nord station we purchased advanced lunches to eat on the Eurostar high speed train.  Modern, comfortable, quiet, and clean (absolutely no graffiti), we watched telephone poles glide by faster than blinks of an eye at speeds up to 186 mph.  The French countryside was extremely beautiful with alternating forests, hills, fields, and tiny medieval villages each with a church the dominant building.  Much to our surprise, we caught several glimpses of snow-capped mountains in the distance.  It was amazing to see hardly any trash, junk, or abandoned buildings; even the forests looked manicured!

Within just a few hours, we arrived in Aix en Provence station and were driven by car to the Oblate Foundation House.  We passed one of the historical mission crosses that local parishes customarily erected as a reminder of their retreat given by St. Eugene and his fellow priests in their native Provencal dialect.  Impressed by the quaint town of Aix we were even more impressed with the original Oblate Foundation House with its beautiful church façade incorporated into the building structure.  We entered around the corner through an outside gate entering a back courtyard where buggies and horses were once kept and the staff cars now parked.  We were greeted by Fr. Bonga Majolla, OMI and staff then assigned rooms for all but about nine pilgrims who were assigned to a hotel within walking distance.  The Foundation House was to be our headquarters for the next three days to include several side trips. 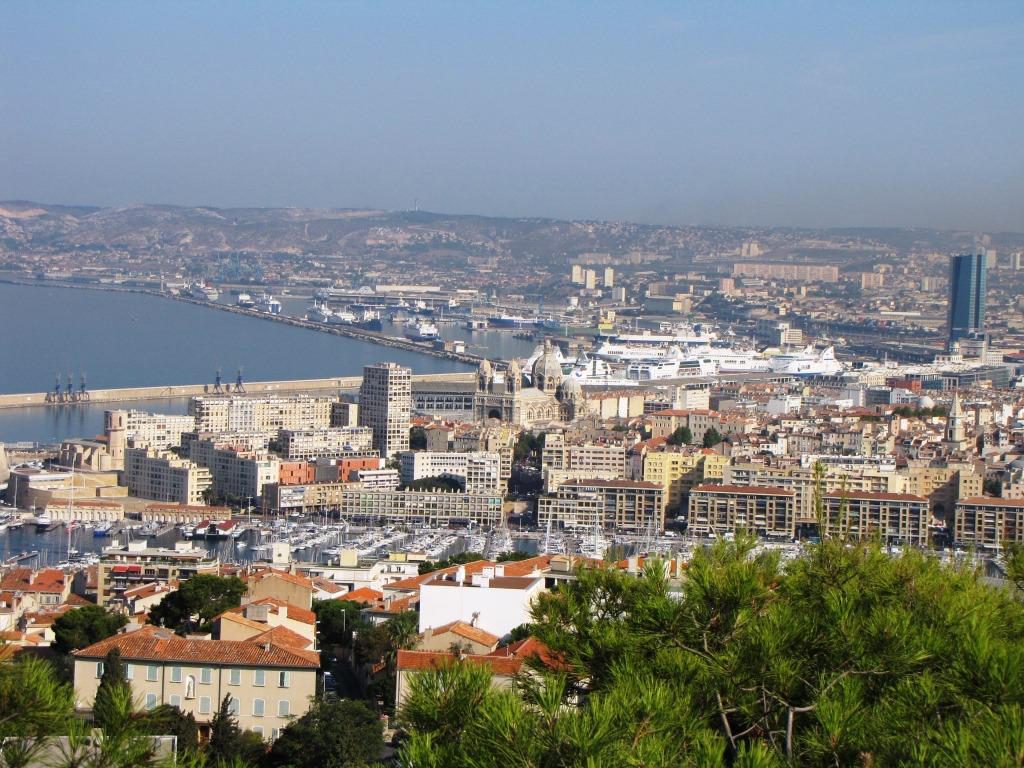 The following day we bussed to Marseilles.  Rounding the curve of a mountain, we caught our first glimpse of the Mediterranean Sea majestically sparkling in the sunshine.  Founded 500 years before Christ, Marseilles (inclusive of Aix) is the second largest city in France and a major seaport just west of the French Riviera.  Our first stop was the fish market in the harbor quay hundreds of years old.  This was one of Bishop St. Eugene’s favorite places to visit among the mostly women fishmongers.  A particularly pugnacious leader of these women befriended Bishop Eugene and in 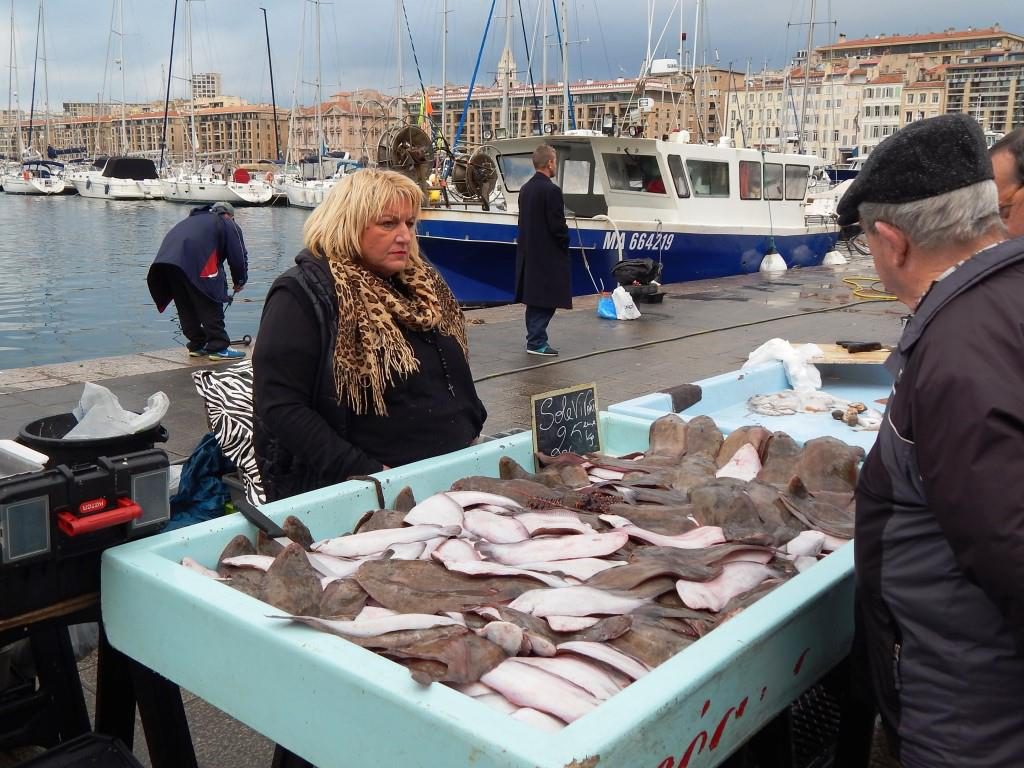 partnership was responsible for bringing many women back to the faith.  We then visited several of the churches St. Eugene established in his diocese as bishop.  Due to thousands of immigrants entering the port of Marseilles vastly expanding the population, Bishop de Mazenod founded over seventy new parish churches. We visited the Basilica wherein Bishop St. Eugene de Mazenod is buried and celebrated Mass at the altar over his very tomb with Fr. Art Flores, OMI, principal celebrant.  After Mass, Fr. Bonga, OMI, and I passed out candles to each of the pilgrims and all were given time to pay our individual respects. 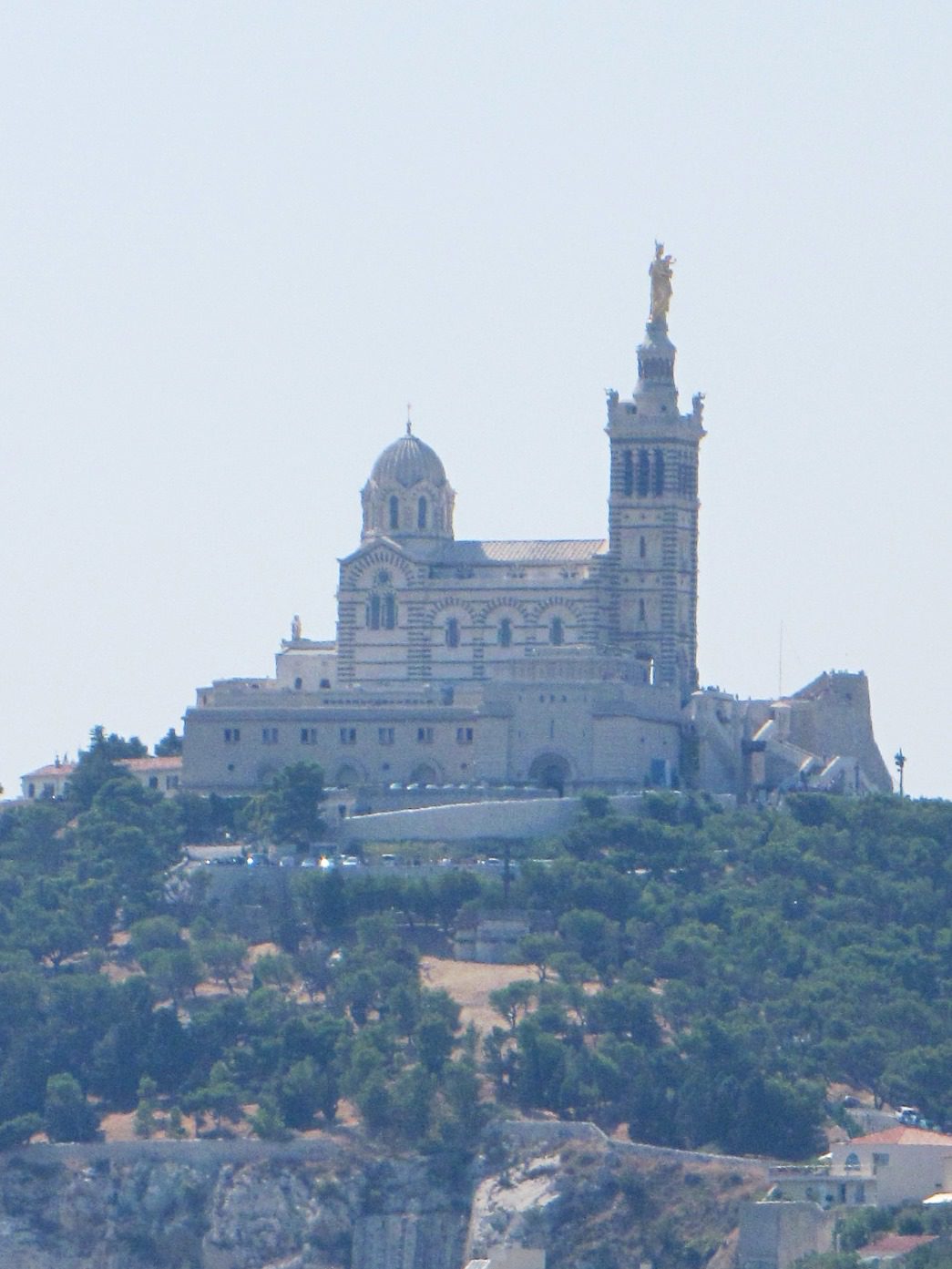 The next stop was the amazing Shrine of Notre Dame de la Garde.  When St. Eugene was ordained Bishop, this ancient shrine was in ruins so, inaddition to building his new parishes, he commissioned the restoration of this incredible Romano or Neo-Byzantine Basilica.  Having spiraled our way up the mountain by bus then climbing endless steps on foot, we arrived at the main entrance in time for lunch in an immense restaurant on the lower level.  The entre readied for us was an interesting meat flavored with a delicious brown sauce – excellent, but somehow different.

After many guesses and several attempts inquiring what kind of meat this was, the wait staff reluctantly admitted it was rabbit!  Certainly, one of the highlights of this visit was the magnificent view of Marseilles from the Basilica galleries with the impressive tower behind.

When Bishop Eugene built this amazing edifice with its majestic statue of Mary on the very top, it was as if St. Eugene knew, or perhaps even intended, that the last sight his young missionaries would see of their native French homeland, as they slowly headed out to new worlds on the open Mediterranean Sea, was the golden image of Mary Immaculate, Mother of Our Lord and Savior, resting on the watery horizon. 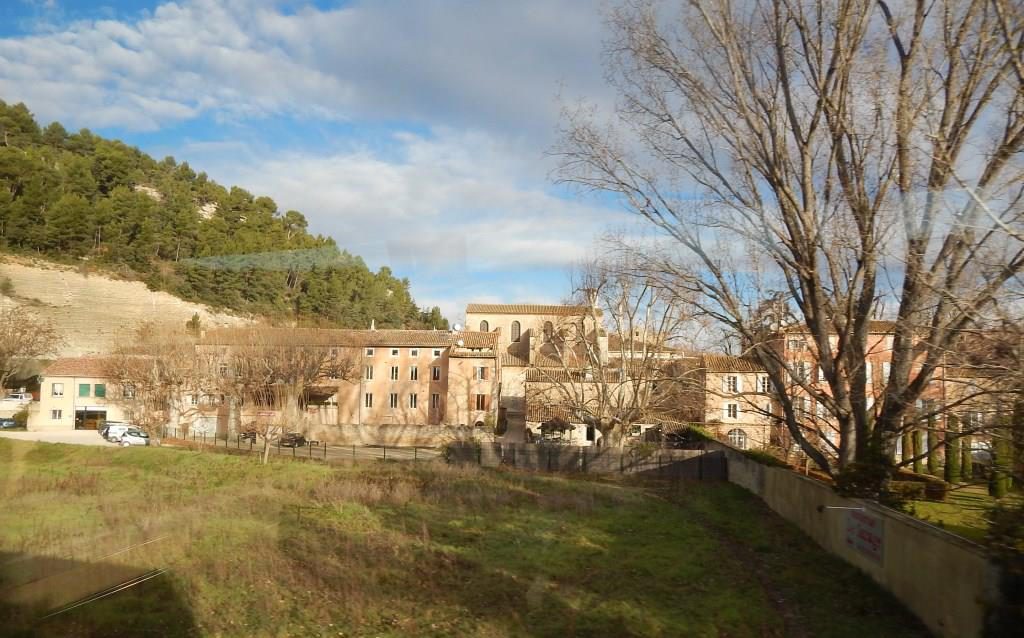 We then returned to Aix and prepared the following day to visit one of the early Shrines the new Oblate missionary congregation served: Notre Dame de Lumieres in Avignon.  After traveling through a beautiful region of forests and mountain lakes, we arrived at this Shrine built into the side of a mountain.  Today, the ancient religious site also incorporates a beautiful modern hotel-resort open to the public.  The shrine actually dates to 1661 when miraculous lights appeared resulting in healings.  In 1837, thirty-eight years after the French Revolution, Bishop de Mazenod purchased the shrine from the government.  The “Virgin of Lights” was solemnly crowned in 1864 with pilgrimages continuing to the present day.  After celebrating Mass, we toured the beautiful chapel with its famous Virgin of Lights statue.  The walls of the nave are covered with paintings each depicting a miracle.  While touring the grounds, our Oblate host related that the Shrine was the site of an Oblate seminary for many years.  During the WWII occupation, an Allied plane was shot down with the pilot parachuting nearby.  The seminarians attempted to hide the pilot but, unfortunately, he had been spotted.  Consequently, the community was “punished” with every tenth person shot by the Nazis.  We were once again struck by the profundity of such evil amid such sacredness.

NEXT WEEK: Part III of the Oblate Pilgrimage will describe the Oblate Foundation House in Aix en Provence.