Excerpts from a February 16 e-mail of Fr. Ronald CAIRNS, Provincial of the Northern Province of South Africa, to Fr. Louis LOUGEN, Superior General. 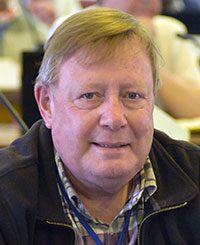 Last night, after a beautiful Oblate celebration in Germiston where I installed Fr Rodney GEORGE as Novice Master and received the 12 new novices, on my way home and thanking God, I was praying the rosary when I was carjacked in a suburb called Kew. As I stopped at the traffic light at 7:30 pm, suddenly I saw a young man in the front of the car pointing a gun at my head and the next moment, another young man with a gun pointed at my head by the driver’s door of the car. …The guy pulled me out and the two jumped into the car and drove off…

Cars behind me and cars on the other side of the road did not stop even to assist me. But suddenly two young men under the influence of alcohol or drugs rushed up to me and said: “My priest, my beautiful priest and you are an Oblate.” It so happened that one of these guys used to be an altar server of mine; he now lives in Soweto and knows Fr. Zweli and recognised the Oblate habit. I was surprised.

These two guys (drug dealers) took me on a long walk to their house where there were people who were drunk or under the influence of drugs. They gave me water with sugar and asked me to bless and pray for them and they organised it so that a neighbour with a car could take me back home. It is amazing how God works. While we waited for the neighbour’s car to arrive I was able to share with them and beg them to change their ways and they promised to come to next Sunday’s Mass…

The news had somehow gone viral and on my return home, two priests and many people were waiting anxiously for me. 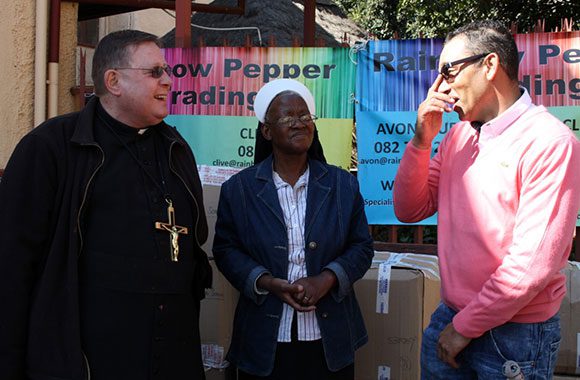 hey then took me to the police station and for hours, I had to write two statements as there was a power struggle between two captains. But the police were helpful and polite and concerned. Then a plainclothes detective saw me and said: “You are an Oblate.” He recognised the habit and told me that he grew up under the OMI in Soweto. Then things moved faster. But it took hours.

I don’t know why the good Lord and Our Lady permitted the car to be hijacked. But I offer it in reparation. Through consecration to Our Lady whose rosary I was praying and through the protection of my Guardian Angel and St. Eugene, the good Lord protected me. Normally these guys shoot one dead or they body-search you. But they did not…body-search me or take my wallet with documents and they did not steal my Oblate cross to melt down and to sell for money for drugs. They did not shoot or even harm me… And here I am safe and sound; the Lord sent me helpers and I was not stranded and I am alive and not hurt…. I thank God and Our Lady that I am safe and sound and while exhausted from it all, I am not in trauma and feel deep inner peace and gratitude.