Fr. Emmanuel YOUNGTEN, the Executive Secretary of the Africa-Madagascar Region tells about a frightening moment during a meeting of the Regional Conference. 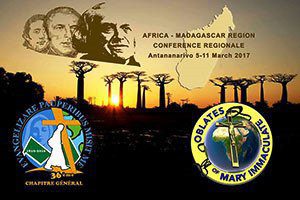 The Major Superiors of the Africa-Madagascar Region and other invited guests to the Regional Conference were basking in the joy of their gathering when some news of possible danger began to circulate.

We were getting into the second day of our Conference Meeting when we heard that two cyclones, one from the Indian Ocean and another one from the direction of the island of Mauritius, were just two days away from Antananarivo.

The atmosphere at the Conference after the announcement changed tone and many new questions arose. 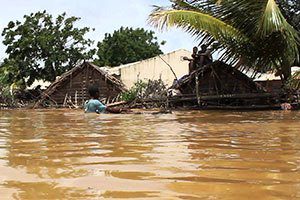 Fr. Andries KIMANE, delegate of the Provincial of the Northern Province of South Africa, upon hearing this news said, “I knew I came here to either go back home a saint (having enjoyed the company of people who dialogue daily with the Holy Spirit before taking decisions) or I die a martyr (because by faith, I accepted to represent my Provincial)!” He also stated that people thought he was out of his mind when he told them he was traveling to Madagascar: walking to his “end”!

We were instructed not to go out: the whole of Antananarivo was advised to stay indoors the whole day of the 7th of March in order to avoid

casualties. On that day, we were supposed have a visit from Archbishop Odon Razanakolona of Antananarivo, who was slated to celebrate Mass with us and join us for lunch. When he called to say he would not make it due to the directives of the government to stay indoors, we knew that it was serious. All telephone and internet service providers shut down, the lights went off. There was only the sound of the wind.

Thanks be to God, the cyclone came and continued on its way to the South of Madagascar. Although we were unharmed, other parts of the city suffered floods, downed trees and buildings destroyed. As of the 15th of March, 78 persons were confirmed as dead and the cyclones affected at least 400,000 persons.