From 5th March to 10th March, 13 formators from the Asia-Oceania Region gathered in Melbourne, Australia, to pray, support each other and reflect on formation. We met at the Mary Mackillop 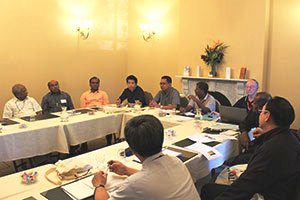 Heritage Centre in East Melbourne. The place was established by the first Australian saint, St Mary of the Cross Mackillop. In the charism of the Sisters of St Joseph, founded by St Mary, it was a home for the community and some of the poor to whom they were ministering. In this place, where for more than a hundred years, the charism of Mother Mary has been preserved, cultivated and offered to the wider community, the Oblate formators from Australia, Pakistan, India, Jaffna, Colombo, Thailand, Vietnam, Hong Kong, Indonesia and Rome, created an Oblate community for a week.

On Sunday night, we began our conference at Mazenod College, where we were given a presentation by Mrs Susan Maclean, on the safety of the internet. Susan introduced us to the blessings and challenges of the internet, which young people face today.

On Monday morning, Fr Austin COOPER spoke of the necessity of human formation. His presentation, drawn from the theological message of the architecture of the local Cathedral, offered us a fresh light. In the evening, Fr Christian FINI continued the topic of the previous day, as he reflected on Cybertheology. Realising the challenges of the digital era, he explored the opportunities for connectedness which the internet offers, and situated them in a theological background.

The Oblate input into discussions at the conference was continued the following day by Bishop Mark EDWARDS, Auxiliary of Melbourne, who shared his experience of being an Oblate and a bishop. He explained that bishops may not always fully understand the charism of a particular religious order, but they will expect that the religious will care for their people and that they will offer the best formation possible to the formandi in their own institute. 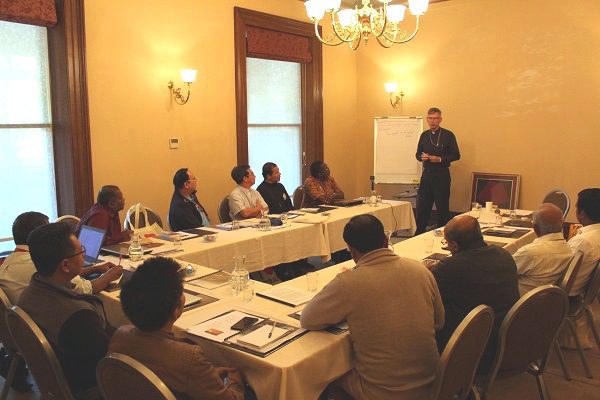 The afternoon sessions were run by Bro. Mark O’Connor, FMS. Bro. Mark is a highly recognised evangeliser in the Archdiocese of Melbourne and beyond. He explored the concept of evangelisation in the light of Pope Francis’ teachings. His observations regarding the role of fraternity and compassion resonated in the participants of the conference as they reminded us of the tradition of our own Oblate institute. His summary of Pope Francis, as an evangeliser who is close to the people, couldn’t better describe the ideal of an Oblate evangeliser. Enlightened by these conferences, the participants moved to the formation reports from various units. The picture of formation in Asia-Oceania, which emerged from those reports, was summarised by Fr Cornelius NGOKA, Assistant General, who noticed the commitment of the Region to formation of formators, and a growing sense of interculturality of the formation houses in the region. 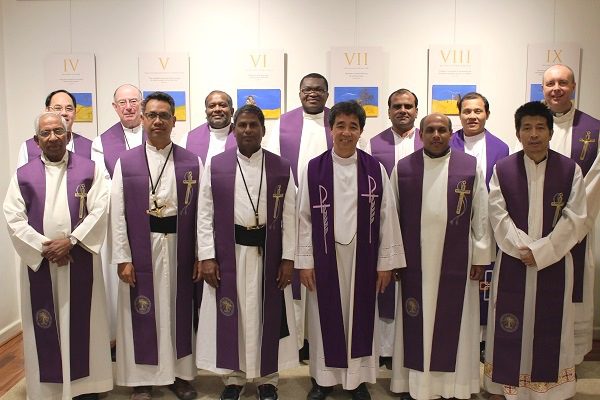 We were also introduced to the Catholic Theological College, which is an affiliated college of the University of Divinity. The University of Divinity is a unique, ecumenical, educational institution in Melbourne made of 12 affiliated colleges from various Christian denominations. Catholic Theological College (CTC), whose founding Master (Rector) was Fr Austin Cooper OMI, has been offering philosophical and theological formation to seminarians and laity in Victoria for many years. It has always been the academic institution for our Oblate scholastics in Australia.

The Leadership Team of the College joined us for evening prayer and a meal on Wednesday. The passionate discussions, which were triggered by those exposures to CTC, gave us an insight into the dynamic, professional, and pastoral academic training provided by CTC.

The final day was celebrated with the local Oblate community at the Provincial House in Camberwell, Melbourne. As we were concluding the conference, we took great solace from the wise words of Bro. Mark O’Connor, that there is both Good New and Better News. The Good News is that there is a Messiah; the better news is that it isn’t us! (Fr Daniel SZEWC & Bro. Joshua NASH)