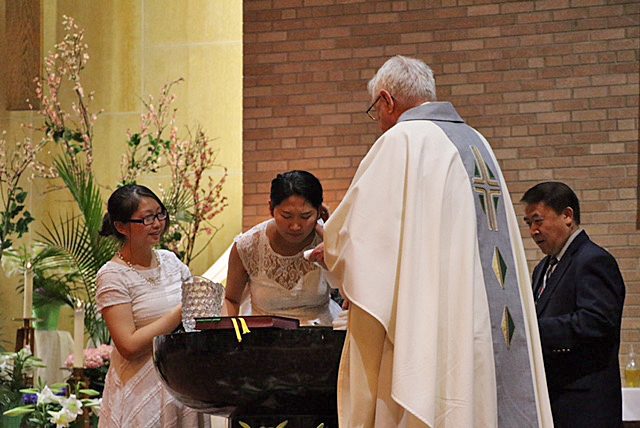 During the Easter Vigil Mass at St. Patrick’s Church, St. Paul, MN, April 15, 2017, five adult Hmong received baptism and confirmation, and two adult Hmong made their profession of faith and received confirmation.  This ministry with the Hmong, begun by Daniel Taillez, OMI, when he served at St. Mary’s Church, St. Paul, MN, in the 1980’s, was ably changed to St. Patrick’s in 2014, when Jim Loiacono, OMI,  was pastor, and continued during the pastorate of Greg Gallagher, OMI,  in 2015. Mike Powell, OMI, currently pastor of both St. Casimir and St. Patrick, prepared the Hmong for their sacraments, but because of the Easter Vigil at St. Casimir’s being at the same time, the honor fell to me to administer the sacraments.

During the Litany of the Saints, we heard for the first time “Holy Martyrs of Laos, Pray for Us.”

Kou Ly, one of the leaders of the Hmong in the mid-west, had just returned from visiting Dan at Pontmain, France, and brought Dan’s regards back to all of us in the Twin Cities. 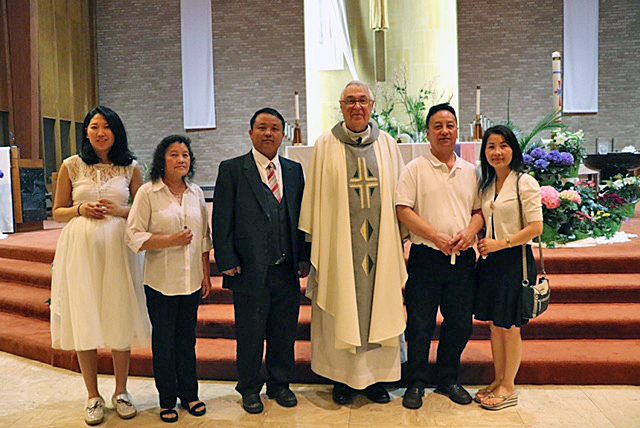