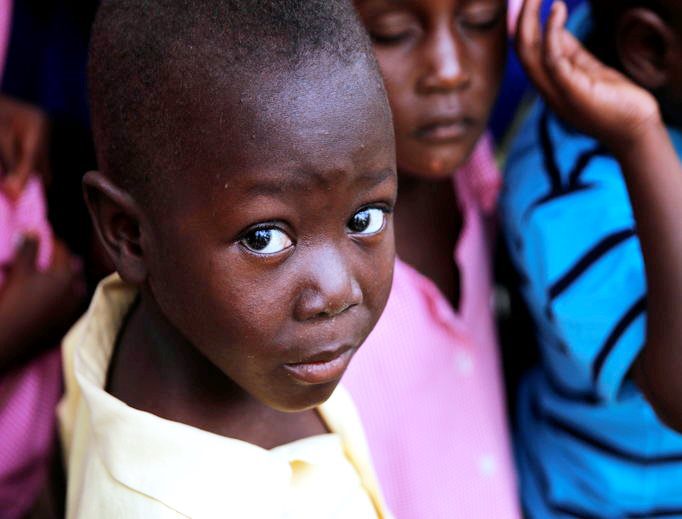 Battered by natural and economic disasters, Haiti’s people strive to build up their beautiful country with the help of the Catholic Church.

CAMP-PERRIN, Haiti — The ruins of St. Anne’s Church in the town of Camp-Perrin contain within them what many Haitians believe is a sign from God of his love for Haiti.

Despite the fury of Hurricane Matthew, which tore off half the church as it passed over the island last fall, the crucifix remained in place, positioned right above the altar. On both sides of the image of the Crucified Lord, the statues of Our Lady and St. Anne, Camp-Perrin’s patroness, remained on their pedestals, unmoved by the 150 mph winds that wreaked havoc everywhere.

St. Anne’s stands amid the lush Caribbean beauty of Camp-Perrin, with its majestic waterfalls and towering green mountains, illuminated by the bright sun.

The pastor of St. Anne’s, Father Wespler Golsky Plouveose of the Missionary Oblates of Mary Immaculate, told the Register that it had been “awful” to see the violent devastation of their church, which is “the reference point for the community.”

But the priest sees the Resurrection in the future of this deeply Catholic, and resilient, country, once dubbed “The Pearl of the Antilles,” where the people are “very confident” in their Catholic faith.

Father Plouveose explained that when Haitians saw how the statues and crucifix (which was not bolted down to anything) withstood the hurricane, instead of being cast down, they saw it as a sign that God was close to them amid their suffering. Now, they are raising funds to rebuild their houses and the house of God.

“They will find every opportunity to rebuild,” he said.

Haiti was hit hard in October 2016 by Hurricane Matthew, which killed more than 1,000 people, flattened crops and dwellings, and drowned livestock. The economically challenged Caribbean nation — which, according to Global Finance, is the 17th-poorest country in the world and the poorest country in the Western Hemisphere — was still recovering from the devastation of the 2010 earthquake, which killed tens of thousands, destroyed countless homes, and still had more than 55,000 people displaced, when the Category-5 hurricane struck.