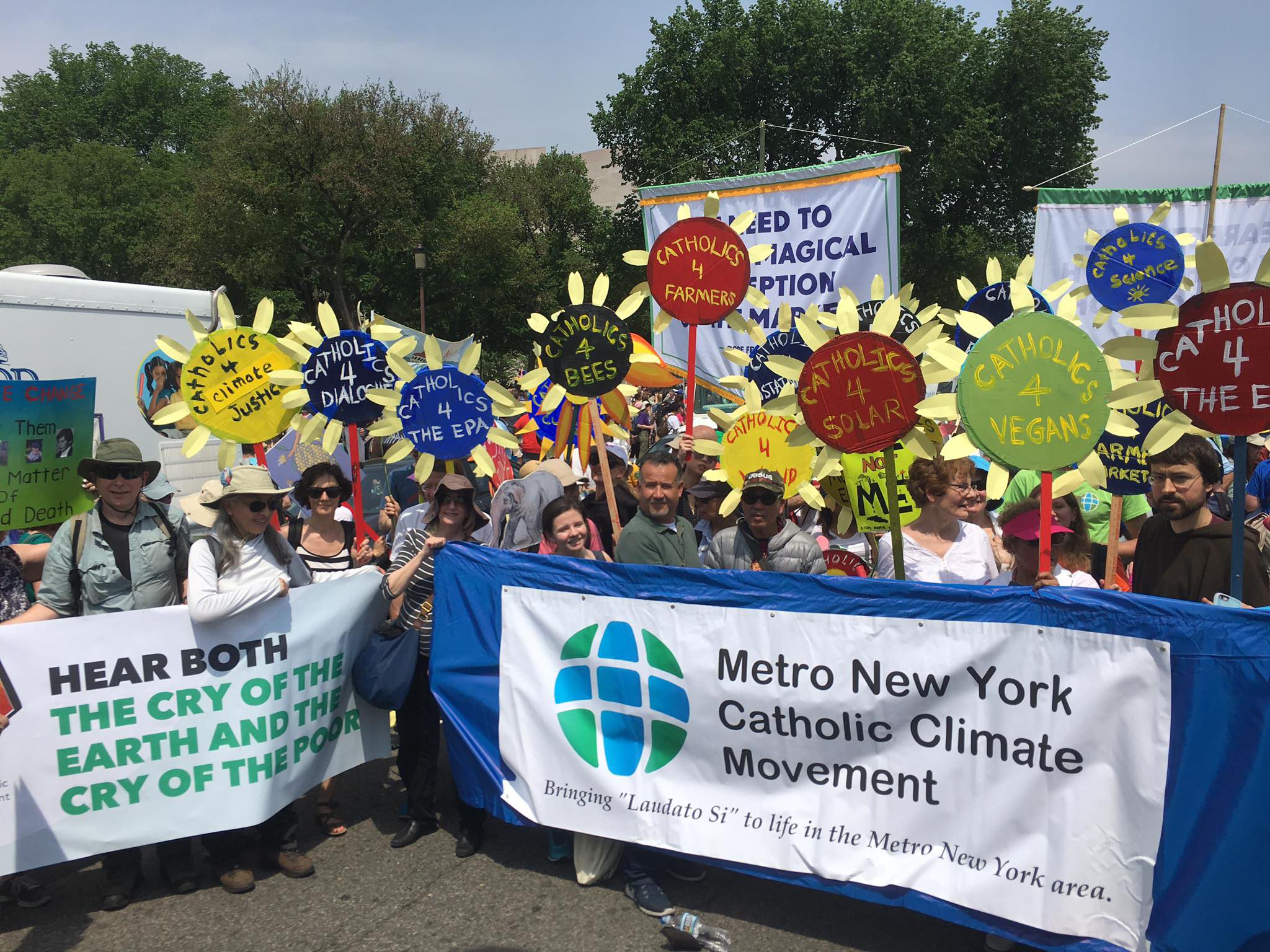 OMI JPIC Director, Fr. Antonio Ponce, OMI is at center-right in green shirt in the photo from the Washington march.

On April 29th, following our semi-annual meeting at the OMI Provincial Offices, members of the OMI JPIC Committee, under the leadership of Antonio Ponce, OMI, participated in the People’s Climate March.  United with over 200,000 people on the streets of Washington, DC, and tens of thousands of people at over 400 sister marches around the world, we showed our concern for climate action.  It was a powerful experience to be united with people from a variety of faith traditions, from environmental, justice, labor, student, indigenous, and social justice groups from around the country.

Pope Francis’s encyclical Laudato Si was very present, being quoted on hundreds of creative signs carried by energized people of faith. The most repeated quote was one OMI’s also find central to the encyclical and to the climate crisis:  “Hear both the cry of the earth and the cry of the poor”. 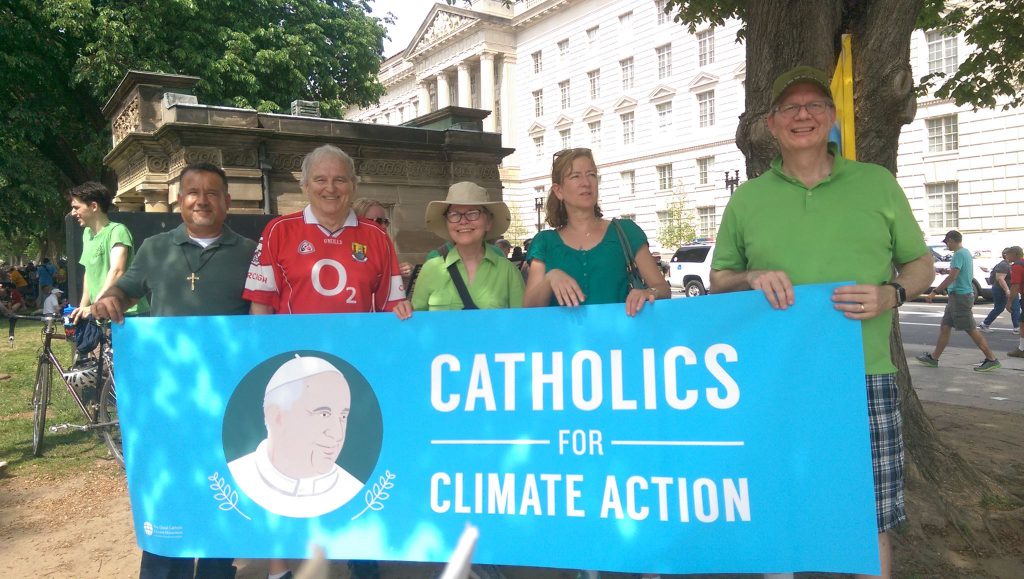 Antonio Ponce, OMI, and committee members were pleased to carry a sign provided by the Global Catholic Climate Movement which read “Catholics for Climate Action”. According to Pope Francis, “climate action” includes developing “…policies so that, in the next few years, the emission of carbon dioxide and other highly polluting gases can be drastically reduced, for example, substituting for fossil fuels and developing sources of renewable energy.”

What can one person do?  Each of us can vote for candidates that are in alignment with this kind of action, both locally and nationally. How shall we do this?  In the same spirit expressed both during the Climate March and in the encyclical, “Let us sing as we go.  May our struggles and our concern for this planet never take away the joy of our hope.”