During the National Workshop on Christian Unity, held May 1-4 in Minneapolis, MN, four Oblates were praised and a vital statement concerning Social Justice, Mission, and Ecumenism/Interreligious Dialogue was publicized.

Bishop Daniel Madden of Baltimore, one of the 19 Catholics bishops paired by Pope Francis and Anglican Primate Justin Welby with 19 Anglican bishops, publicly praised Ron Rolheiser, OMI’s column “500 Years of Misunderstanding.”  During his presentation, Madden indicated his admiration for the way Rolheiser examined our disunity and possible solutions.

Rev. Dr. John Armstrong, founder of ACT3 Network, an evangelical effort to work with Roman Catholics, related how he had been contacted by Cardinal Francis George, OMI, after George had read one of his books on Christianity. George invited Armstrong to dinner at his residence, and then accepted Armstrong’s invitation to be the first cardinal to speak at the evangelical Wheaton University, March 26, 2012.

Father Butch Mazur, ecumenical officer for the Diocese of Buffalo, NY, praised the work of Quilin Bouzi, OMI, in assisting refugees and immigrants in the Buffalo area.  Many are of other faiths, and are deeply grateful for Bouzi’s efforts. 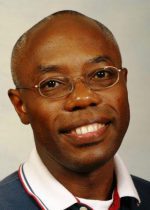 Rev. Jose Rubio, ecumenical officer for the Diocese of San Jose, CA, explained  David Power, OMI’s  role in helping him obtain his Master’s in Theology from Catholic University. Power’s courses on the Eucharist are known for their ability to help other Christians, especially Episcopalians, and Catholics to pray together.

For the first time in the history of this annual workshop, which has been held in different cities around the country since 1969, a cardinal sent  greetings.  Cardinal Jean-Louis Tauran, President of the Pontifical Council for Interreligious Dialogue, asked us to examine and live the unusual and almost unheard of 2011 statement from his council, the World Council of Churches, and the World Evangelical Alliance “Christian Witness in a Multi-Religious World” (click here). 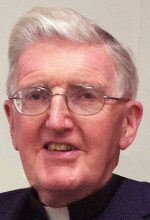 Beginning with the short sentence “Mission belongs to the very being of the church,” the short, 5 page document goes on to bond ecumenism, social justice and interreligious dialogue.  No one at the workshop could explain why this statement has gone so unnoticed, but we all resolved to make it better known, especially its concrete recommendations.

For the first time since the workshop was held in Richmond, VA, in 1996, two Oblates attended.  Antonio Ponce, OMI, and I noticed that the 2018 workshop will be held in Herndon, VA, April 16-19, not far from our Justice, Peace and Integrity of Creation Office in DC. We look forward to making our Oblate accomplishments in Evangelism, Justice/Peace/Integrity of Creation, Ecumenism and Interreligious Dialogue better known.