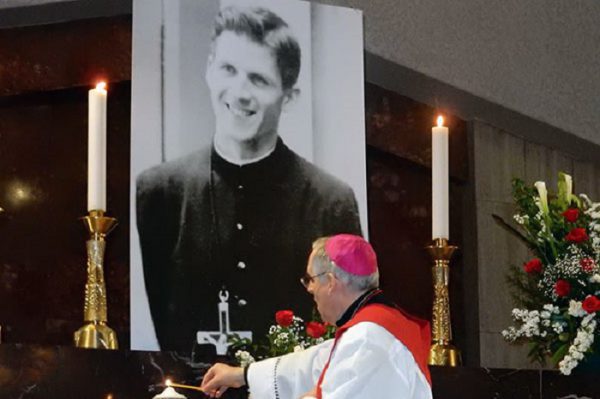 Blessed Mario BORZAGA, beatified along with 16 other Martyrs of Laos on December 11, 2016, has a special place in the hearts of the diocese of his birth and among his fellow Italian Oblates and their associates. For this reason, the Church of Trent and the Oblates held a two-day festival honoring Blessed Mario’s memory, together with the other martyrs and especially, Blessed Mario’s catechist, Blessed Paul Thoj Xyooj, who was murdered along with him. 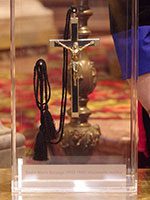 In his blog, (http://fabiociardi.blogspot.it) Fr. Fabio CIARDI describes some of the events of the weekend of April 29-30, 2017: 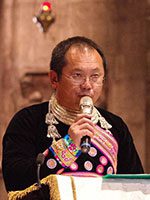 The celebration began already on Saturday morning, April 29, as soon as we got on the train in Rome and met the first of the people from Southern Italy on their way to Trent. In the afternoon, on the streets of the city, we met other friends. We had come to celebrate our martyrs of Laos, especially Father Mario, a native of Trent, and his catechist, Paul. In the evening for the prayer vigil, we were 400 members of the Oblate family coming from all of Italy, from Palermo and Messina all the way to Aosta and Trieste, passing through Sardinia, Naples and Florence. No one was left out! This time, participation was not organized, but the word had passed by word of mouth, and here we were, together again.

I visited Mario’s home with a small group of friends; Lucia told about her brother, about when he was still a child; about the first difficult months when she would accompany him to the nursery school; and about when he left for the seminary at the age of 11. It is she who has kept alive his memory, transcribed his diaries, and worked for the founding of the association “Friends of Father Mario.” Mario’s piano is still there in the house, silent now like a relic. His Oblate crucifix is ready in a clear box, to be given to the bishop tomorrow so that it can be displayed in the cathedral.

Sunday morning, April 30, was the most powerful moment of the entire celebration. We heard the testimony of companions of Father Mario Borzaga, both hilarious and touching episodes. Bishop STACCIOLI, Father Gigi SION, his sister and his seminary companions brought to life for us a Mario who was fully human, a poet, a musician, a contemplative and a mystic. Their stories alternated with readings from his diary, a video with interviews, and images taken from his story. Among them were the first person baptized by Father Mario; some of them knew him personally and others through stories of their parents. They are the loveliest fruits of the martyrdom of Father Mario.

In the early afternoon, there was a solemn Mass at the cathedral, packed as never before. All the priests of the diocese as well as about 30 Oblates were there. Mario was baptized in the cathedral; he received his First Communion there and celebrated there his First Mass. Today, the diocese recognizes him as its very own son. 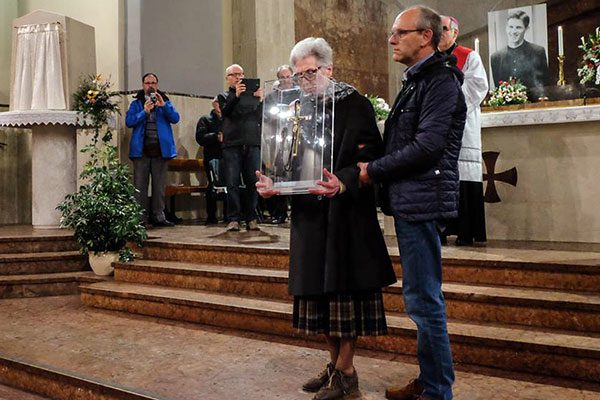 The sister of Bl. Mario Borzaga with his Oblate Cross

Later, there was a dramatic and musical presentation which brought out his life and his strong spirituality. We were touched, especially by the conclusion, with his dark night of the soul, the tragic death shared by his catechist — the wordless cry that ended his life, the same “loud cry” with which Jesus died on the cross.