The Superior General has announced the appointment of six new councilors for the U.S. Province who will be installed for three-year terms along with the new Provincial, Fr. Louis Studer, OMI, June 6, 2017. What follows is a short biography of each of the new councilors. 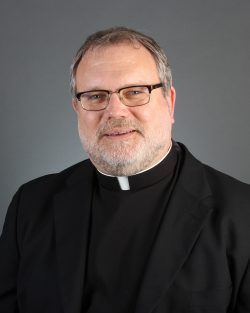 Prior to entering Oblate formation he received a Master’s in Music and Performance from Southern Illinois University-Edwardsville in 1983.

After graduation, he did his pre-novitiate working at a parish in International Falls, MN and made his First Profession in 1985 at the Oblate Novitiate in Godfrey, IL. Fr. Brobst made his Perpetual Vows in 1989 at St. Ambrose Church in Godfrey, IL. and was ordained to the priesthood in 1990 at St. Henry’s Parish in Belleville, IL.

His first assignments were in parishes at Precious Blood Parish in Chicago, and Sts. Peter and Paul Parish in his hometown of Alton, IL.

In 1997 he moved on to San Antonio where he worked in formation at the Oblate Scholasticate at the Sexton House of Studies. From 2001-2007 he was Formation Director at the Oblate House of Theology in Chicago, (with one year out to work in Alaska and for sabbatical and studies).

In 2008 he began 3 years as Director of King’s House Retreat and Renewal Center in Belleville, IL. He was appointed Councilor for the North-Central and South Central Areas of the U.S. Province in 2011.

This latest appointment begins a third term on the Provincial Council. He will also be serving as one of two Vicars-provincial.

Rev. Raymond Cook, OMI: Born in 1968 in Waterbury, CT. to Francis and Georgianna (deceased) Cook. He has three sisters, Cheryl, Sandra and Susan. 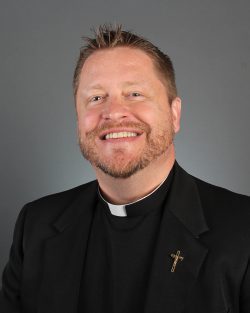 In 2007 he made his First Vows at the Shrine of Our Lady of the Snows in Belleville, IL., and his Final Profession in 2011 while at the Oblate Scholasticate in San Antonio. His priestly ordination was also celebrated in San Antonio in May of 2012.

After ordination Fr. Cook served at King’s House Retreat and Renewal Center in Belleville, IL., before becoming Director of Campus Ministry and Chaplain at St. Mary’s at Rice University, Houston where he also serves as President Joint Campus Ministry Association.

Fr. Cook has continued his education, receiving a M.Div. from Oblate School of Theology in 2012 and a STB degree from St. Paul’s University in Ottawa in 2012. He is currently pursuing a D.Min. in Homiletics. 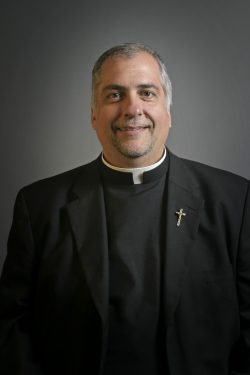 He graduated from the Oblates’ St. Antony High School Seminary in 1981 and  then went on to the University of Texas-Austin and St. Edward’s University where he received a B.A. in Math with a teaching certificate for secondary education in 1985.

After entering Oblate formation, Fr. Flores made his First Profession in 1988 while at the Oblate Novitiate in Godfrey, IL. He studied Theology at CTU in Chicago and made his Final Profession at OST in San Antonio in 1992 before being ordained later that year by the Most Rev. Michael Pfeifer, OMI, in the Chapel at St. Anthony’s High School Seminary.

Fr. Flores served in a variety of other positions including: Area Vocation Director in Corpus Christi-Kingsville; Superior in three different Districts and most recently as Oblate Director, English Speaking Donors at Oblate Missions in San Antonio.

In 2011, he was appointed Southwest Area Councilor for San Antonio; this latest appointment will be his third term serving on the Provincial Council. He will also serve as one of two Vicars-provincial.

Rev. J. Antonio Ponce, OMI, He is originally from Jalisco, Mexico. Fr. Ponce lived and worked in Los Angeles, CA, where he joined the Missionary Oblates. 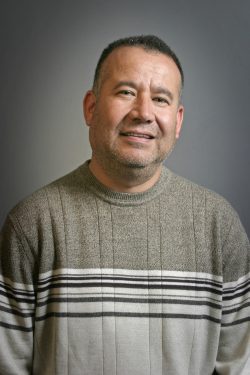 Fr. Ponce made his First Profession at Santa Cecilia parish in Guatemala City, Guatemala, Central America in 2002 and his Final Profession in August of 2007 at Nuestra Señora de Guadalupe in Mexico City.  His priestly ordination took place in July, 2009, at San Eugenio de Mazenod parish in La Morita, Tijuana Mexico.

Fr. Ponce worked in a parish in Tijuana, Mexico; and then in Guatemala City, and Playa Grande, Guatemala, in Ottawa, Canada, and in Mexico City, Mexico. He also served for 3½ years as Associate Pastor at Santa Rosa Church, in San Fernando, CA.

Fr. Ponce joined the Justice Peace and Integrity of Creation Office in Washington, DC, in June of 2013, and assumed the position of Director in January, 2015. In addition to directing the JPIC Office in Washington, Fr. Ponce serves as JPIC animator for the North American Region (US and Canada) for the General Administration of the Missionary Oblates in Rome. 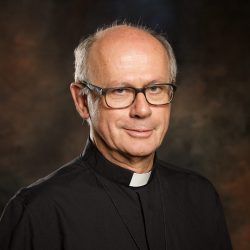 Rev. Frank Santucci, OMI, was born in South Africa in 1950, and made his first Oblate profession in South Africa in 1970; he made his final oblation in Cedara in 1974 and was ordained to the priesthood in Johannesburg in 1976. After ordination he ministered in South Africa as a missionary priest in education, novitiate formation and parish ministries for 17 years. He was subsequently based in Rome and Aix en Provence for 20 years and traveled and worked extensively as an Oblate charism and spirituality animator in the countries in which the Oblates have missions.

Fr. Santucci completed a B.A. in English Literature at the University of South Africa, and has since earned a S.T.L. from the  Lateran University (Claretianum Institute for Theology of Consecrated Life) and a S.T.D., with a thesis on Eugene de Mazenod.

His 41 years of missionary priestly experience have involved him in High School College teaching and chaplaincy; accompanier and teacher at the OMI novitiate in South Africa; Rector of the OMI International Roman Scholasticate; retreat animator, spiritual direction and parish ministry; OMI Postulator General; member of the animation team of the International Centre de Mazenod in Aix en Provence; founder of charism animation at the congregational level, involving retreats, workshops and writing for Oblates and lay associates.

In 2012 he received his obedience for the US Province and was assigned to Oblate School of Theology. Besides teaching various spirituality and theological courses, he is a spiritual director and a retreat preacher. He is the first holder of the Kusenberger Chair of Oblate Studies, and is in the process of launching an academic Certificate in Oblate Studies, available through internet as a service to the whole Mazenodian Family around the Oblate world. 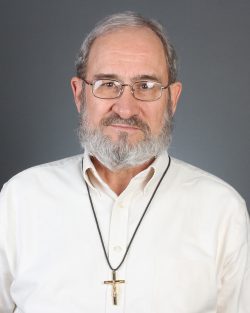 Rev. James Taggart, OMI, was born one of eleven children in Buffalo, NY, to John and Carmen Taggart in 1951.

After graduating from the Oblate’s Bishop Fallon high school in 1969, Fr. Taggart attended the State University of New York at Buffalo studying physics and math, then linguistics and economics. During and after university he spent several years working in computer operations, first in a bank and then in an insurance company in Buffalo and Boston, respectively.

He entered Oblate formation in 1977 at the Pre-novitiate in Washington, DC and made his First Profession at the Oblate Novitiate in Godfrey, IL, in 1979. While studying in Washington, DC, he received a BA in Philosophy from Oblate College in 1980. He made his Perpetual Vows at Oblate College in 1982 while studying theology; he graduated in 1984. He was ordained a priest at Sacred Heart Parish in Lowell, MA, in April of 1985.

After ordination he worked primarily in parishes for the next 16 years including: in Florida at St. Monica’s in Opa Locka and St. Stephen’s in Miramar; in Lowell, MA,. at Nuestra Señora del Carmen and St. Patrick’s.

In 2011 he was appointed NE Area Councilor and it is from this position that Fr. Taggart will serve a third term as a Provincial Councilor