By Mathew Martin, Archivist for the Southwestern Oblate Historical Archives and  Originally Published on the Oblate School of Theology Blog

A young Fr. Taylor (on right) reclines with a member of the Catholic Worker’s Union

In November of 1930, relations between the spinach growers and their labor force, most of which were parishioners of Fr. Taylor, came to a head.  The workers met to discuss their grievances, and Fr. Taylor attended the meeting as well.  The meeting resulted in The Catholic Workers Union, the first farm workers’ union in Texas.  With Reverend Taylor as president, it was formed to “help the laborers in their difficulty according to their rights and obligations, as taught by the Catholic Church.”

Within a week 25 of the more prominent growers and processing companies in and around Crystal City had signed an agreement incorporating the main demands, though not the minimum living wages stipulated, as above. “As a general result,” Reverend Taylor wrote about 2 months later, “there have been comparatively few laborers brought in from outside, thought many have come in of their own accord.  Wages have been maintained here higher than elsewhere in the district.  The Mexican schools here report, for the first time in history, an increased instead of diminished attendance since the spinach harvest commenced.  And, in general, there has been more than the usual good feeling and cooperation among all classes in the community.”

Fr. Charles Taylor, OMI with the children of farm workers in Crystal City

Born in Beeville, Texas, May 17, 1896; Father Charles Taylor, OMI, was a member of the Lovenskiold Family on his mother’s side.  This family was well known for a good number of years in the professional, political and social circles of the Southwest.  His father, a civil engineer, did much construction work in the South and served during World War I on a government board with Thomas A. Edison.  Baptized as an infant in the Episcopalian church, he became a Catholic at the age of ten while a student at St. Joseph’s Academy in Corpus Christi, Texas.  After attending St. Anthony’s Seminary, he completed his theological studies in Castroville and was ordained on February 1, 1920. He was the first Oblate to be ordained to the priesthood from the diocese of Corpus Christi. 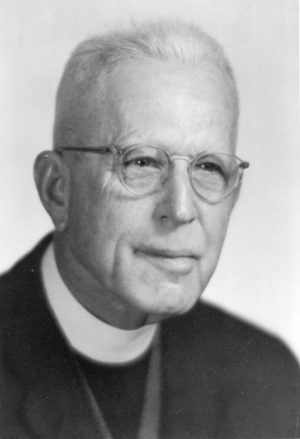 For the next forty years, Fr. Taylor worked zealously, as a true Oblate “to evangelize the poor”, particularly the Spanish-speaking of the Province.  Stationed in Uvalde, Texas, his parish covered five counties later in Asherton it included three counties.  He built churches in Crystal City and Big Wells and also a school in Crystal City.  Fr. Taylor also helped to form the first agricultural workers union in Texas.  He ministered in Laredo, Brownsville, San Antonio, and in San Fernando, California.  He generously used his family inheritance to help the poor missions and the Province.

He was the author of “The Home Prayer Book,” a collection of indulgence prayers which went into several editions and was used by thousands of the faithful.  Although, Father Taylor was an extremely active missionary, the little spare time he had was devoted to the study of theology and Canon Law.  His less bookish colleagues conferred a doctorate on him, and for many of his contemporaries, he was affectionately known as “Doc” Taylor.