By J. Michael Parker,      Originally Published on the OST BLOG 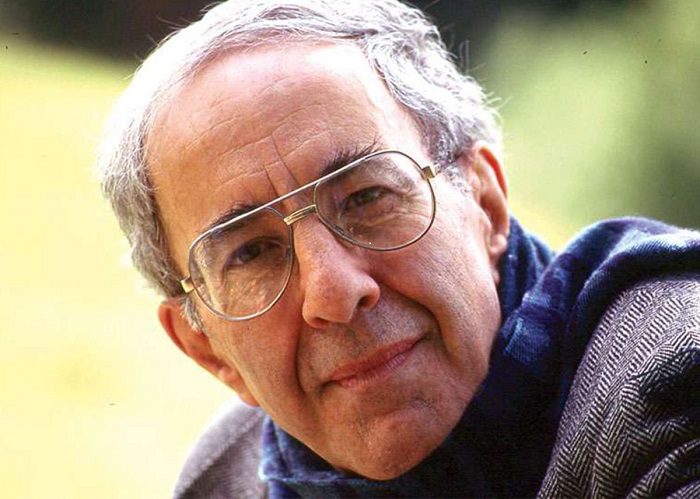 “The word ‘spirituality’ didn’t exist in English back then. If you look in a library before 1965, you’re not going to find the word in Christian books in English. We had devotional and aesthetic literature. Henri was a pioneer who laid out a discipline and a language which the rest of us are now using.”

Henri Nouwen, the greatest spirituality writer of the past 70 years, deserves to be celebrated for the rich legacy he left and the millions of lives he touched through his nearly 40 books and nearly 4,000 letters, Oblate School of Theology’s president said in a lecture to some 400 people at OST’s 2017 Summer Institute.

Father Ron Rolheiser, OMI, a longtime admirer and a beneficiary of Nouwen’s pioneering work in the genre of spirituality, reflected on the Dutch priest’s multi-faceted influence on spirituality. Nouwen died in 1996. His books include The Return of the Prodigal Son, The Wounded Healer, Life of the Beloved and Turn My Mourning into Dancing. His books have sold an estimated 7 million copies in more than 30 languages.

Nouwen was “a very special man with a unique voice,” Fr. Rolheiser commented. “Although dead for nearly 21 years, he is very much alive as we reflect on and celebrate his legacy and his influence in our lives.”

He noted Nouwen’s stunning popularity, observing that “no other writer of spirituality even comes close to Nouwen, particularly in the English-speaking world.” Nouwen appealed to people of diverse religious backgrounds and even to atheists because he eschewed ecclesial language and the kinds of issues that tend to close people’s minds, the OST president said. In academic and even church circles, being popular can be a stigma, turning away peers, he added.

Nouwen developed a unique writing genre, Rolheiser said. Even the term “spirituality” was little used before Nouwen began publishing his books in the early 1970s. He developed a language for it and made spirituality popular among Protestants and Evangelicals, who had shunned it as part of Catholic devotion and equated it with much of what characterized Catholic life at the time of the Protestant Reformation, such as indulgences and veneration of Mary.

Rolheiser observed that just as the late singer Karen Carpenter was considered unique in the pop music world because “you felt as if she were singing softly in your ear,” Nouwen found a way of speaking and writing that resonated with orinary people’s experience whatever their religious background or lack of one. Yet he remained straightforward in asserting that he was a Catholic and an ordained priest, speaking from that perspective.

Part of Nouwen’s popularity stemmed from his uniqueness, but it also owed something to the nondenominational spirit of his definition of spirituality. Ecclesiological issues—issues related to a particular church body—don’t come up in spirituality, the OST president explained. Nouwen wrote for people interested in a relationship with Jesus, which is the center of the Christian faith,

He brought both depth and learning to his writing, and he rewrote paragraphs over and over in an effort to make each one more widely comprehensible. He had doctoral and post-doctoral credentials in clinical psychology, was very well read and was a natural artist, Rolheiser said, but over time, he abandoned the technical language that characterized his early writings.

The priest contrasted Rolheiser’s wealth of learning with that of St. Teresa of Lisieux, who “also had great depth in her writing, but she had very little formal learning; Nouwen studied and taught at some of the world’s finest universities. He also was a gifted artist, and you don’t study to become that; it’s a gift,” he explained.

Rolheiser recalled the film Amadeus, about the life of Wolfgang Amadeus Mozart.

“He could play the piano at age 3. Nobody taught him that; you’re born with it. He wrote symphonies in his head. Great writers are the same way. Nobody taught Iris Murdoch how to write a book. She was just a naturally gifted writer,” he pointed out.

Nouwen became fascinated with Rembrandt’s famous painting The Return of the Prodigal Son, and in 1986 visited The Hermitage in St. Petersburg, Russia, to study it for hours. He made copious notes on insights that he drew from it. Those observations and insights became the heart of his best-selling book by the same title.”Who goes into an art gallery and gets mesmerized for hours staring at one painting?” Rolheiser asked rhetorically. A gifted natural artist, that’s who.

The OST president recalled Steve Bell, one of the best-known Christian musicians in Canada today. Bell, the son of a Baptist minister, said he wanted to do music for church and for Jesus, but couldn’t find a genre. He said, “There was Christian rock, but that wasn’t for me; I wasn’t a liturgical Christian, so liturgical music wasn’t for me, either. Then one day, I heard John Michael Talbot, and I said, ‘That’s it! That’s me!”

Nouwen did the same thing for spirituality, Rolheiser asserted. That is, he named the genre. “Before Nouwen, spirituality was being written mainly in Catholic circles, as devotional literature. Bishop Fulton J. Sheen was already a major writer of classic spiritual books like The Imitation of Christ that nobody could read,” the priest said.

“The word ‘spirituality’ didn’t exist in English back then. If you look in a library before 1965, you’re not going to find the word in Christian books in English. We had devotional and aesthetic literature. Henri was a pioneer who laid out a discipline and a language which the rest of us are now using. I was like Steve Bell when I first read Henri Nouwen. I was doing work in philosophy and systematic theology, but reading Nouwen, I said, ‘No, this is what I want to do!’”

Nouwen’s language was direct and transparent—a new vocabulary for spirituality. Rolheiser recalled that in his seminary days, “We didn’t have a language to write this kind of spirituality in English, although they had it in French. Henri invented the language, and the rest of us are the beneficiaries.”

He observed that some seminaries declined to authorize courses in Nouwen’s spirituality. “They won’t say it’s heretical, but they say it’s ‘not academic.’ A seminary where Rolheiser taught  in Edmonton, Alberta, Canada, allowed a Nouwen offering, but only as an extension course.  It drew 90 applicants, compared with only nine for the seminary’s regular courses. The treasurer said the school needed to make the Nouwen course a regular class because the school was losing money under the existing system.

Rolheiser said he proposed a Nouwen class at OST about 10 years ago, and received the same comment: “It’s not academic.” He said Rolheiser’s rejoinder to the comment was, “Well Harvard and Yale seem to think it is.”  The audience laughed at the comment. Yet in 2013, OST created a PhD program in Spirituality, the first higher education institution in the United States to do so. Toronto has one, and some U.S. schools has master’s programs in spirituality, as does OST.

“Spirituality is becoming a very popular discipline in the academic world today, and we can thank Henry Nouwen for that,” the OST president commented, adding, “We can thank Yale and Harvard, too, because they both hired Nouwen, effectively putting the academic stamp of approval on spirituality.”

Nouwen put spirituality into the secular mainstream. Hillary Clinton, asked who was her favorite spiritual writer, named Nouwen. He also was quoted on “Sex in the City,” a good sign of his broad recognition.

Rolheiser called Nouwen “a genius born of anguish,” the title of a 2012 book by Prof. Michael Higgins and Kevin Burns. “One of his great talents was that he could speak about his own wounds in a way that wasn’t exhibitionistic. That’s hard to do. Henri reflected his own personal struggle and lay it out autobiographically, but in such a way that you could identify with it, and it would introduce you to yourself,” the priest observed. He said that Danish philosopher Soren Kierkkegaard famously said that “It takes a saint to will ‘the one thing.’ Nouwen said, “I want the ‘one thing,’ but I don’t want to miss any of the sensations that sinners experience.” The comment didn’t put people off, Rolheiser noted. It drew them in. They could identify with his feeling.

Rolheiser said he never has quite understood Nouwen’s woundedness, noting that Nouwen was deeply loved as a child and enjoyed much adulation throughout his life. “You’d think that would give him a strong self-image, but he was as fragile as glass. He had a deep sense that he was not lovable. Therese of Lisieux had a rather tragic childhood and lost two mothers, but she felt very deeply loved and had a very powerful self-image,” he observed.

Whatever the source of Nouwen’s deep wound, from that wound came his power to understand people with extraordinary sensitivity. Nouwen helped many thousands of people through their pain. The OST president compared Nouwen with the late Princess Diana. At her 1997 funeral, her brother, Earl Spencer, spoke of Diana’s worldwide popularity as a product not of her physical beauty but of her woundedness and vulnerability.

“My sister was unable to protect herself against her own weakness, and it showed publicly,” Spencer said. “People identified with that.”  Rolheiser noted that Princess Diana faced the same struggle Nouwen did, though at a different level. He added, “As Diana was the people’s princess, Nouwen was the people’s spiritual writer. He had this strong popularity because he couldn’t hide his weakness and he didn’t try to. Instead, it put it out there to say, ‘This is the way the human heart works. I’m struggling to love Jesus; can you struggle to love Jesus?’”