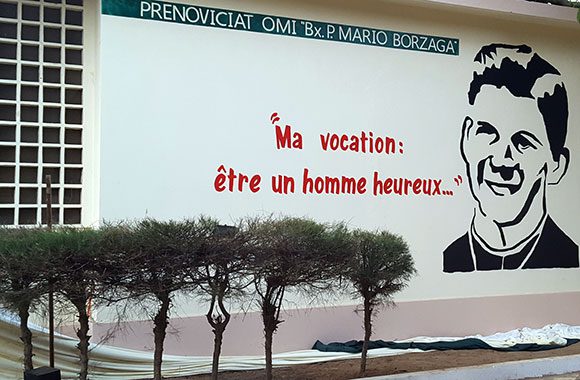 Mario BORZAGA was a young Italian Oblate who died a missionary in Laos in 1960. We knew him well … he was beatified on December 11, 2016, together with other 16 martyrs among whom 5 French Oblates. On June 17, 2017, the Oblate prenovitiate in Dakar, for the OMI delegation of Senegal – Guinea Bissau, was dedicated to Mario. Why ? Here is some background history. 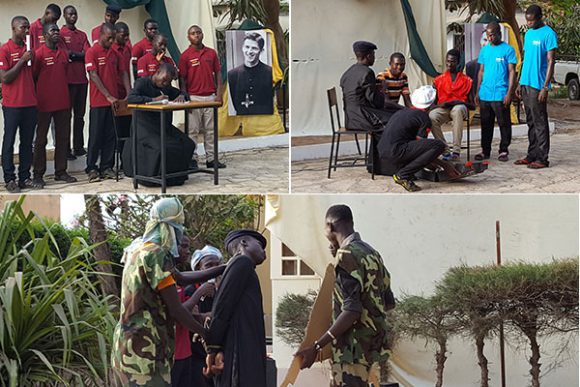 In 1988 the Foyer was born — a house to welcome the young aspirants who were in the last years of high school. A few months later, Pope St. John Paul II beatified Fr. Joseph GERARD, an Oblate and the apostle of Lesotho: the Foyer was placed under his patronage. Later, to the Foyer was added the prenovitiate, during which one follows courses in philosophy at the Saint Augustine Center of Dakar. The Foyer and the prenovitiate shared the same address and to keep things brief, we spoke simply about the Foyer Joseph Gérard. In 2015, Providence offered us a new home for the Foyer, which then moved to Les Parcelles Assainies. The prenovitiate found itself alone … and without a name! Here, the beatification of the martyrs of Laos inspired us for several reasons. Indeed, a deep link united our delegation to Laos: it was Italian Oblates expelled from Laos in 1975 who founded the Oblate delegation of Senegal in 1976. 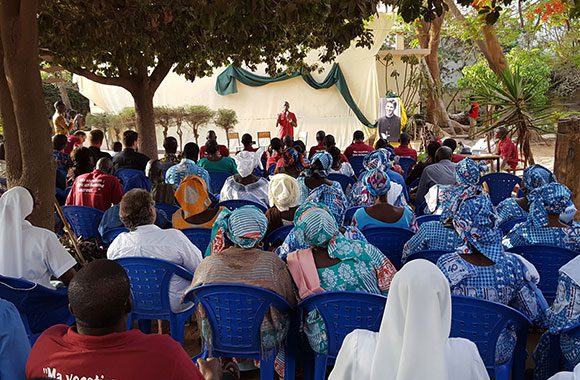 On Saturday, June 17, friends of the community and representatives of the Oblate family of Dakar were invited for this special occasion. The prenovices set to work to present the life and martyrdom of Mario and his young catechist. Through a make-believe interview, they drew on the spiritual wealth left by Mario in his diary. To mark the new name, the prenovices made a mural with the face of the new patron and a sentence taken from his diary on the eve of his perpetual oblation. We thanked the Lord by praying vespers and we installed the picture of Borzaga in our chapel. The evening obviously continued in a festive atmosphere with a meal for all. (Claudio CARLEO)