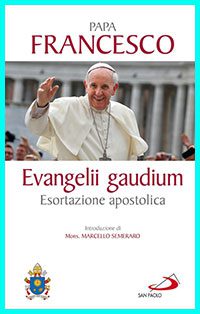 Some fifty Oblates and laity from Italy and Spain participated in a seminar on Evangelii Gaudium held in Pozuelo-Madrid from June 26 to 30, 2017. The program was intense but experienced in a climate of deep sharing and reflection on an issue that, as an Oblate Family, could not but excite us.

Professor D. Eloy De la Fuente gave us a synthesis and rich presentation of Evangelii Gaudium, highlighting the key points of the document and the key ideas of Pope Francis. The group work and the conversation with the speaker were stimulating, allowing the participants to savor the novelty of this document, which turned out to be a persuasive invitation to revise our way of proclaiming the Gospel.

Father Paolo ARCHIATI, our Vicar General, in his turn, drew a parallel between the essential points of the Oblate charism, taken from the Congress on the charism of 1976, and the apostolic exhortation. He pointed out similarities, not only in the contents, but also in the missionary methodologies, all of which certainly surprised the participants. This theme had also been addressed during the last General Chapter of 2016, something which Fr. Paolo did not forget to highlight. There followed small group meetings and, subsequently, a discussion with the speaker, allowing us to deepen themes specific to our Congregation.

The following days were spent going more deeply into some specific parts of the apostolic exhortation, thanks to four forums under the leadership of three Oblates and one Italian MAMI couple. The poor; the laity; the temptations of the missionary; and the challenge of proclaiming the Gospel in big cities: these were the themes that, according to the plan, not only involved the participants in sharing their own reflections, but above all, in their “relating” their daily living as witnesses of the gospel in the Church and in society. 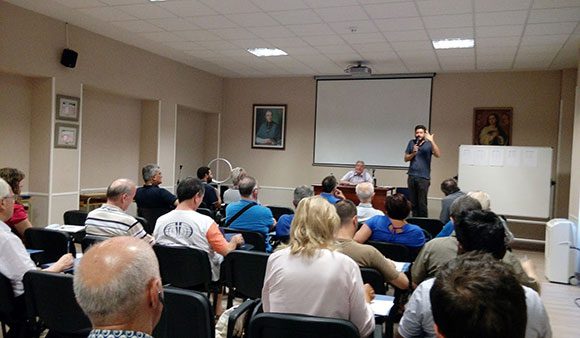 The reflection, the sharing of experiences, praying and celebrating together, the informal meetings and a pilgrimage to Toledo were concrete occasions for us to get to know each other better, but also to become even more aware that we are called to live the mission together, animated by the same Oblate charism, as the irreplaceable people of God! (Father Angelo CAPUANO in COMUNICAZIONI N. 3, July 2017)