Two critical programs – the Deferred Action for Childhood Arrivals (DACA) and Temporary Protective Status (TPS) are in danger.  DACA is under imminent threat of lawsuit by TX Attorney General along with nine states and TPS is facing threat of cancellation by the Trump Administration.

DACA provides eligible immigrant youth the chance to live, study, and work without fear of deportation for a temporary period. Nearly 800,000 young people are currently pursuing their hopes and American dreams, freed from constant fear of getting torn from their families by immigration enforcement, thanks to DACA protection. Similarly, Temporary Protective Status (TPS) has opened hundreds of thousands of opportunities to approximately 400,000 people. 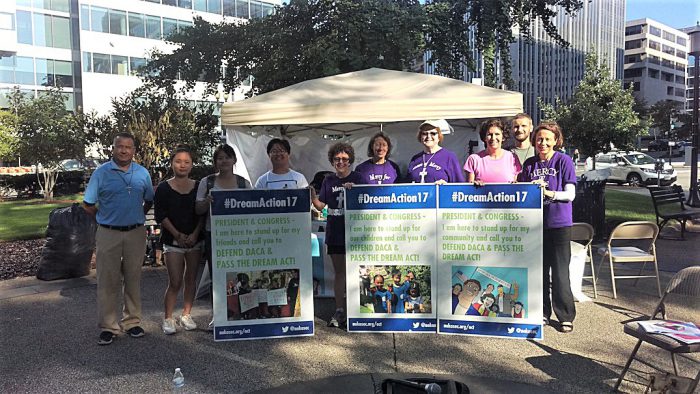 Beginning August 15, the Franciscan Action Network (FAN)and other groups initiated a vigil in front of the White House with supporters rotating shifts daily. The vigil is aimed at bringing together immigrants, their families and friends, and supporters to fight for youth and their futures.