By Will Shaw and Mike Viola, Compiled from reports by Oblate Fathers Sal De George and Ray Cook, Photos by Fr. Ray Cook

Fr. Sal De George, OMI,  recently named Superior for the Houston Oblate community, spoke with us by telephone on Monday, August 28th with an update on the situation facing the Oblates and their constituents in Houston in the wake of Hurricane Harvey.

The Oblates he says, are located southeast of downtown very near the Buffalo Bayou. Fr. De George is at Immaculate Conception Parish along with Oblate Fathers David Uribe and Henry Walker. About a mile away at the Immaculate Heart of Mary Parish, are Fathers Ray Cook, Gene Cañas and Tim Paulsen. Fr. Sal reports that both parishes, rectories, residences and the Oblate Currsillo Center are un-damaged so far, but as weather forecasters are predicting another 15-25 inches of rain by Friday, they are hardly “out of the woods” as yet.

In news reports since Hurricane Harvey hit, much has been said about the 2500 miles of bayous (small rivers or creeks) that crisscross the Houston area. Under normal conditions, these bayous collect excess rain water where it slowly drains into the Gulf of Mexico. In this instance however, the heavy rains from Harvey (estimated to be 25 inches over the last three days) have the bayous overflowing their banks and the ground is completely saturated. According to Fr. Sal, “Houston is a swamp, and the bayous are the drains, now the drains are full from the constant, constant, constant rain.”

On Sunday, Fr. Sal took a ride on his bike during a lull in the rain. While he saw his immediate area looked pretty good, he felt sure many parishioners were experiencing water problems in their homes, though nothing as yet that would require evacuations. Nevertheless, one couldn’t get very far in an automobile, because all the main arteries were under water. Interstate 10, according to Fr. Sal, “Is like a river.”

“Right now we are safe and the people we serve are hunkered down,” said Fr. Sal.  “But nobody knows what is going to happen in the next day or two.  What we do know is that once this blows away there is going to be a lot of need in the area with people who have water in their homes or who have run out of food.  Please keep all of us in your prayers.” 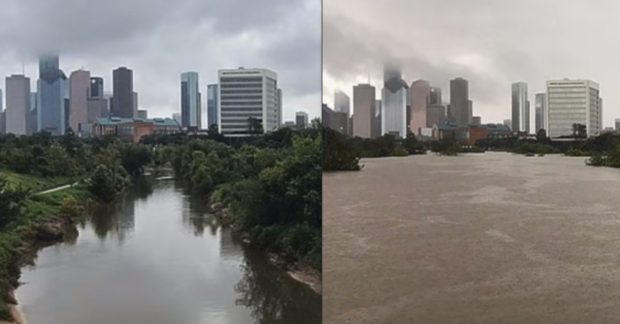 Buffalo Bayou before and after Hurricane Harvey (News photo)

On Tuesday August 29th, Provincial Councilor, Fr. Ray Cook, OMI  reported that the roof and bell tower of Immaculate Heart of Mary was leaking and that parish volunteers had been at the church cleaning up the water all day long, “…obviously this will require some serious repairs after the rains have stopped.” Fr. Tim Paulsen, OMI was offering a Holy Hour as well as emptying buckets of water from the leaks.

Fr. Ray had more to say to all those who have reached out regarding their safety: “Thanks to my Oblate Brothers who reached out to check on us…Family: I am fine! God bless and keep praying. I have been volunteering delivering food and talking with those rescued at the George Brown Convention Center.”

Later in the day, Fr. Ray texted the following message from the Brown Convention Center, and the Toyota Center where evacuees were sheltered:

“I spoke with many families today and they were so happy just to have a chaplain to talk with. Many scared parents who just want a word of comfort and many people who don’t speak English who wanted a simple blessing. We prayed and I passed out scapulars and some rosaries.”

“I was asked to go to the Toyota Center to be with families who are still being evacuated. There are 500 expected here. Right now it is empty and a chance to pray”

“Just keep praying for us!” 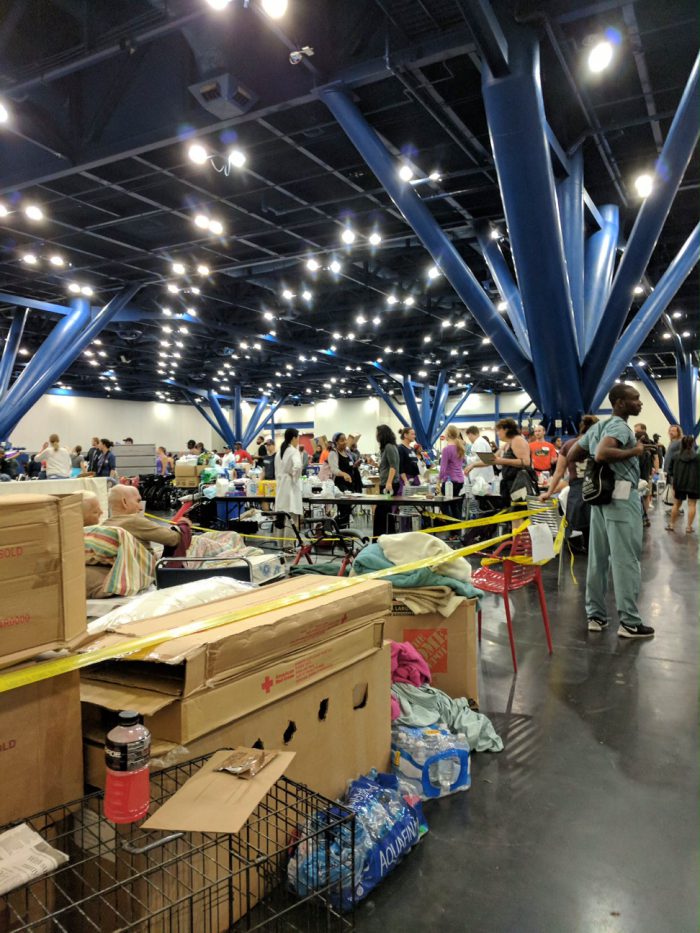 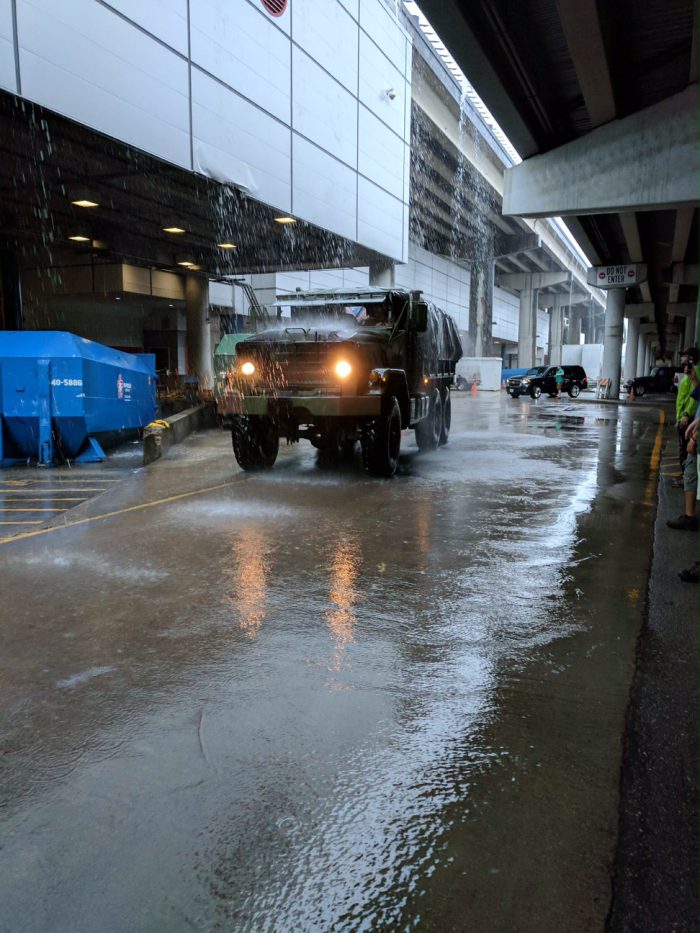 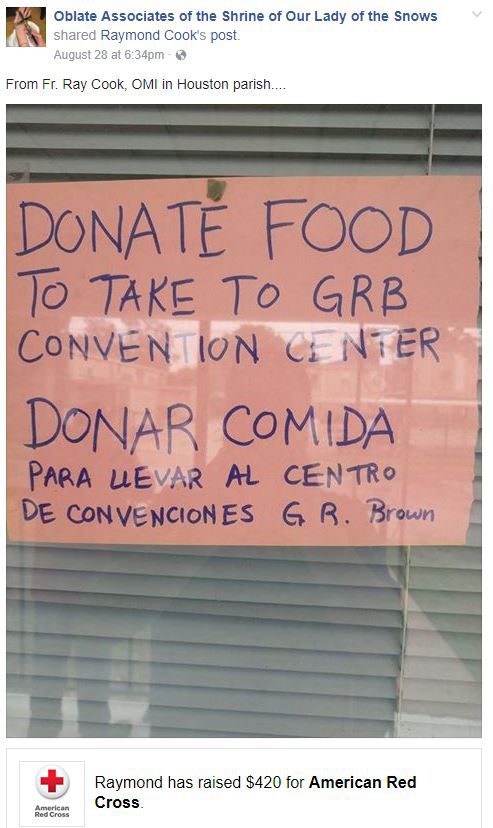