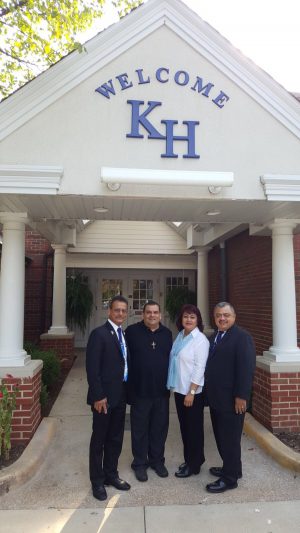 Fr. Chava (2nd from left) with the presenters from Florida

In attendance were 48 couples from 3 different local parishes with some coming from as far away as Tennessee and Kansas City. Fr. Salvador (Chava) Gonzalez, OMI led the retreat along with some lay people from Florida.

“For three couples coming from Florida who were members of the presenting team, this was a really welcome home coming.  They were from former oblate parishes in the Miami area, parishes like St. Stephen’s and Santa Monica. They were so happy to know that King’s House was a ministry of the Oblates,” said Fr. Chava. The team met once a week for a few months leading up to the retreat for spiritual formation.

“We get couples coming from far away, like Tennessee and Kansas City because couples retreats in Spanish are hard to find,” said Fr. Chava. “For many Hispanics, Spanish is their liturgical language, even those who have been here for years and speak perfect English, often prefer Spanish liturgies because for them it is the language of their hearts.”

Fr. Chava went on to describe some differences in retreats for Hispanic couples: “One of the big differences is that many of these folks are recent arrivals coming from many different countries with different cultures. They feel isolated by language barriers and the fact that they are separated from all family and friends back home. So community for them is Church, it’s the only place they feel safe, welcome. Being around other couples in the same circumstance, it can almost be like group therapy, it’s the only time they are with a group of people who are in similar circumstances.”

“Another big disconnect can happen between couples who speak only Spanish and their children who speak English primarily and are assimilating into the U.S. culture.”

According to Fr. Chava, “Some of these couples have no records from their home countries of baptism or of their legal identity, therefore they don’t have the sacrament of marriage. They may feel shut out so it is important for me as an Oblate to meet these people where they are, and to journey with them, take them step-by-step, help them feel at home with God through our ministry.”

The retreatants and team members were happy and expressed how much they felt at home at King’s House. It was the largest couples retreat this year at King’s House and there are already two more dates scheduled for 2018.

“As St. Eugene said, we must first help them be human, then Christian, and finally to become saints,” said Fr. Chava. 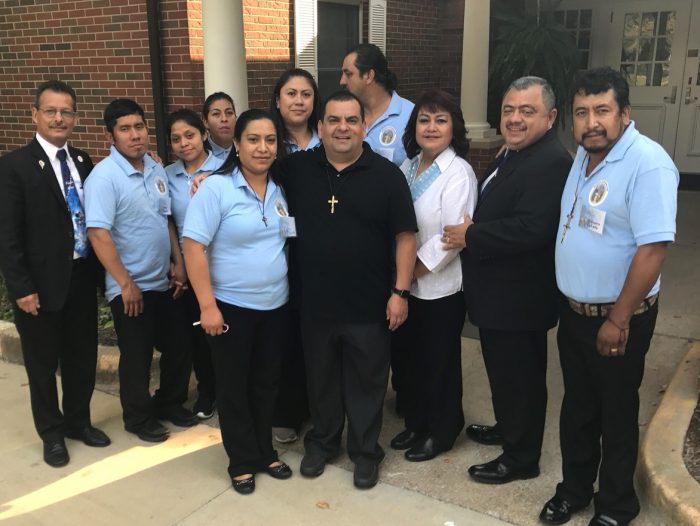 Fr. Chava with more members of his team.