Pope Francis’ leadership during the 50th Anniversary of the Catholic Charismatic Renewal, June 3, 2017, in the Circus Maximus, Rome, Italy, reminds us that US Oblates have been very much a part of this missionary and ecumenical movement.  Father Francis Bagan, OMI (1925-2013) and Our Lady of Hope Charismatic Center, Newburgh, NY fostered the renewal in many ways before the center was closed in 2003. A Wednesday evening Charismatic Mass, and Saturday morning distribution of food and clothing  to the poor were the highlights of attracting many to the Catholic Church. 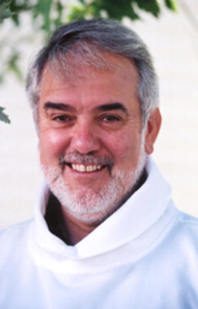 Bagan taught Fr. Richard McAlear, OMI, whose website is a good place to see his charismatic ministry:  www.frmac.org.  Two charismatic retreats for Oblates were held at Our Lady of Hope in the 1970’s. During the retreat, each of us participated in the Life in the Spirit Seminar, which became foundational for the Charismatic Renewal, reminding us that the Holy Spirit needs to be much more visible in our faith.

Frs.  Dick Kulwiec, OMI and Ed Hauf, OMI, also spent time receiving the Holy Spirit and leading others in the Charismatic Renewal at Our Lady of Hope Center.

A second place in the former Eastern Province which took part in the Charismatic Renewal was Oblate College, Washington, DC, because of its closeness to Catholic University of America (CUA).  Every Friday evening, a charismatic Mass was held at CUA. Faculty and seminarians from Oblate College were encouraged to participate.  Fr. Chuck Tierney, OMI, now in Brazil, remembers those years.

I took an Oblate who had been provincial in the Philippines, to one of the Masses.  When a person in the row behind us began speaking in tongues, the Oblate went through the roof.  “Let’s leave,” he urged.  The emotional side of the renewal did frighten some Catholics.

CUA noticed very quickly something that happens in every revival or renewal:  people are attracted who have psychological problems.  The CUA departments of psychology and counseling quickly became resources for the charismatic group there.

The Charismatic Renewal definitely affected Oblate spirituality and missiology.  There is no doubt that the other four provinces in the USA from l967 to our becoming one province in 2000 have Oblates who contributed to the renewal.

World-wide, the legendary  Father Valerian Gaudet, OMI,  (1905-97) had a  major impact on the renewal.  During the 1972 general chapter, of which he was a member, we discovered he was moderating three charismatic groups in the city of Rome in three different languages.

When Cardinal Francis George, OMI, took part in the meetings of the Catholics and Evangelicals who drafted the statement “Evangelicals and Catholics Together for Mission'” (1994), the Evangelicals all agreed that without the impact of the charismatic movement on Catholicism, this surge in evangelism and ecumenism would not have been possible.  That achievement reached a peak in “The Manhattan Declaration” of 2009.

May the Holy Spirit help Oblates  gather the information we need to see how the Charismatic Renewal changed the Oblates, and how the Oblates changed it.