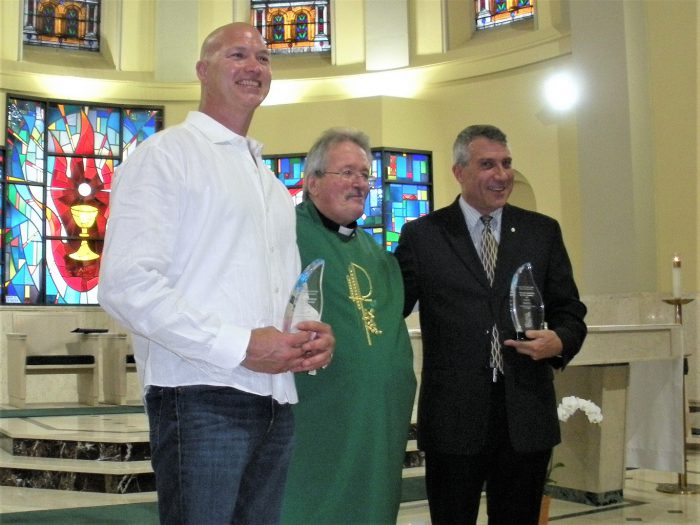 The award was established in honor of the Shrine’s patron, St. Joseph the Worker in order to recognize employers, employees, and individuals who demonstrate their faith in what they do.

According to Shrine Director, Fr. Terry O’Connell, OMI: “It’s an effort on the part of the Shrine to recognize the fact that ministry takes place in many different areas. There are many wonderful people who work in the Church, directly with Church societies, but this award is looking outside of those formal Church ministries to the circumstances of people’s daily life. And it is my hope and the Shrine’s hope that would help people to identify that in their own lives they may serve God by what they do, and their example of faith.”

The 2 recipients of the second annual St. Joseph the Worker Award were

Kevin Roy is a deputy sheriff in Middlesex County – he is well known among his peers for treating all offenders coming into the Sheriff’s Office with a great deal of respect –  going out of his way to uphold their dignity.

Kevin is also highly involved in helping to preserve and foster his ethnic heritage – a “shaker and mover” in advancing the works of a standing Committee that annually mounts a city-wide Franco-American Week of festivities.  He has served as President of this Committee and was named “Franco-American Man of the Year” for 2017.

Kevin has volunteered his carpentry skills: single-handedly restoring and refurbishing a series of outdoor enclosures housing the Fourteen Stations of the Cross that form part of a landmark Grotto in the city.

Kevin is heading his home parish’s Anniversary Committee (St. Andrew Parish in North Billerica), next year preparing its150th anniversary – the parish was founded by Oblate Father André Garin who established the Oblate presence in this area of New England.

Kevin counts his wife and 5 young children as the center of his life and yet manages to enthusiastically dedicate time and talent to church, work and community.  We salute him.

Frank Stewart, a Master Electrician, is the owner of Stewart Electric Company and is a parishioner at St. Michael’s in North Andover.

Frank carries out his professional duties with a high degree of responsibility and unfailingly provides quality service – he has instilled those values in his employees who uniformly go beyond what is absolutely required, readily addressing other needs as they arise in the course of carrying-out their work – an unusual practice among tradesmen.

Frank is very generous in extending assistance to the Shrine of St. Joseph the Worker – when his crews do work here, labor costs are usually waived; “in-kind” donations of time and materials are most often the rule in his professional dealings with us.  He has even loaned us heavy equipment gratis so that maintenance work can be done on the building’s exterior, an otherwise huge expense for the Shrine.

Frank generously and anonymously makes contributions to assist the needy who present themselves at the Shrine.

Frank blesses our community by conducting his business as much with a view to community service as to realizing profits for his professional enterprise.  We salute him.

St. Joseph the Worker Shrine had its beginning in 1868 when Father André Garin OMI, came to Lowell, MA to preach a mission for the hundreds of working persons who had now come here from Canada. During that first mission, enough money was raised by the donations of the working people to meet the down payment for an abandoned church structure at 37 Lee Street. This was the first parish established in Lowell to serve the spiritual needs of the French-speaking immigrants. Saint Joseph was selected as the patron. In 1956, the downtown church, with its rich tradition, was dedicated as a shrine in honor of Saint Joseph the Worker. 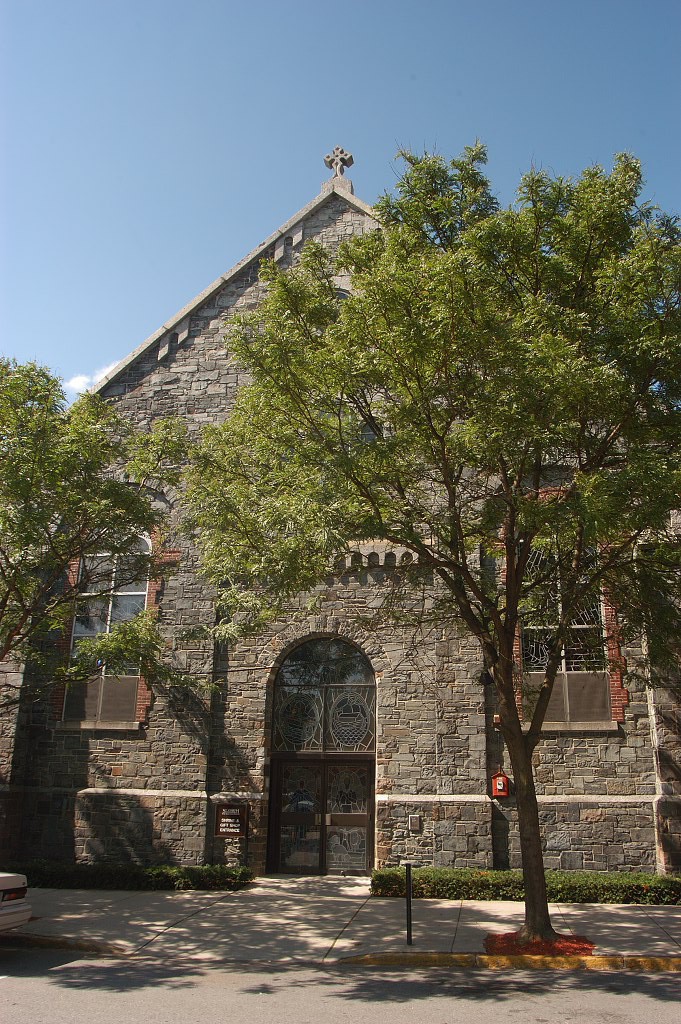